Who would have thought three years ago that this class would be the tightest of 2019. A labour of love for everyone involved, this class has really come alive and thanks to the support of our sponsors Anglia UK and the commitment of the SXS Team here we are. Well done everyone.

After a challenging entry to the sport for Mack Priestwood at this venue last year, Lewis Scotney was probably the favourite going into this round, that said nobody knew what was going to happen as the 570s took to the track for Qualifying. Lewis Scotney the current Champion took pole and the gap at the front seemed solid, Mack Priestwood his main rival grabbed second spot which in reality is only 2 metres on the start line. The return of the Joe Chilvers in third was certainly going to keep everyone honest and even the smallest error was be punished for sure. Jacob Tomblin had probably his best session of the year up in fourth followed home by Rio Longdon in fifth. Alfie Davies was a little out of form back in sixth but racing is always his strength and he was never set to stay that far back. Fred Tarrant continued to show he had no fear, even after finding the limits of grip again and shrugging it off like a trooper. The Marshall’s favourite for sure.  Kiean Wiegold finally found some reliability taking eighth place for race one. Again, progress was huge for the racers at the back of the grid, Jude Scotney and Sophie Bird closed of the grid on this hugely challenging track with Sophie growing in confidence with every lap. A great session setting up a fierce race one. 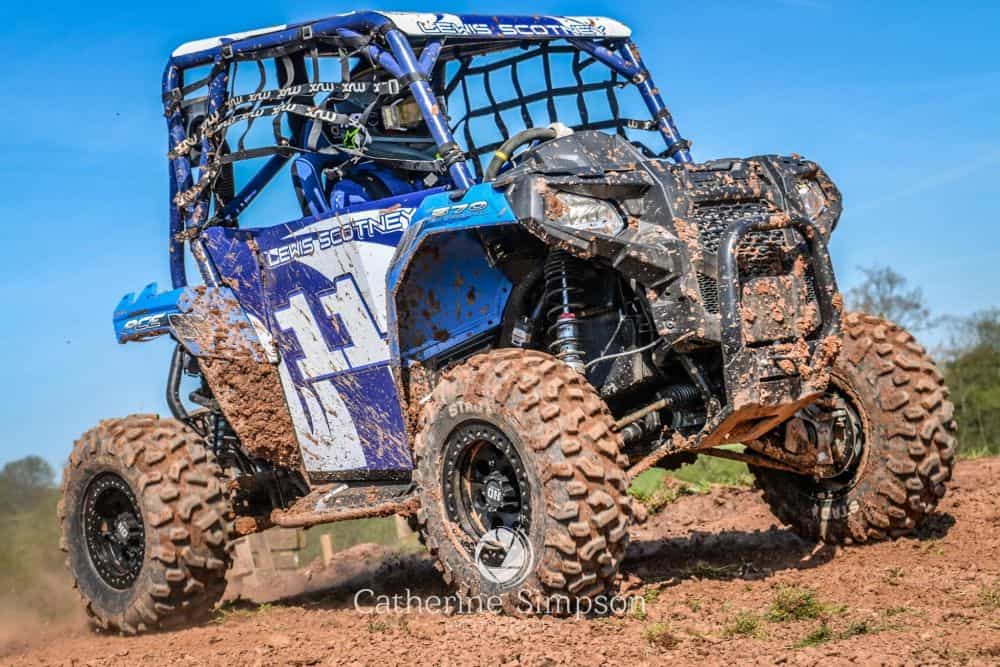 Race one was a tear up from the line, Lewis Scotney broke clean and never looked back, a race win looked to be setting the scene for the day but you never can tell. Mack Priestwood took a solid second, a position he was never going to be happy with. Joe Chilvers was next home in the Welbourn’s backed machine keeping the front two on their toes. Alfie Davies was the man on the move jumping up for a disappointing qualifying to fourth spot after the first race flag fell. Jacob Tomblin couldn’t build on his great early form dropping back to sixth followed in by Kiean Wiegold. Fred Tarrant was next home followed in by the ever-developing Jude Scotney and Sophie Bird.

This really is a challenging track and the kids raced liked old pros with no fear, a great session to watch but everyone knew there was much more to come. 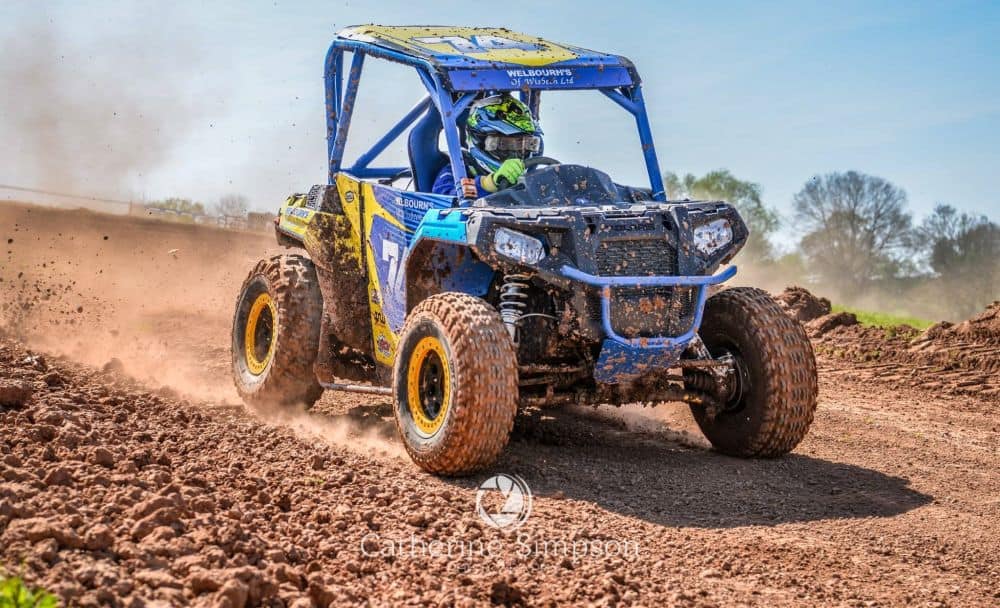 Race two saw the script thrown in the bin with an early mistake from Lewis Scotney and Mack Priestwood hit the front. Once their he never looked back pushing hard every lap to take the race win. Lewis Scotney took second, not a disaster but not how he would have liked to end. Its was set up for all or nothing in race three. Joe Chilvers again scored solid points in third spot holding off Alfie Davies in fourth, a task that could never be described as easy. Rio Longdon was unable to build on race one taking fifth as Kiean Wiegold closed to keep the pressure on. Jacob Tomblin was next home in a more familiar battle with his nemesis Jude Scotney. Sophie Bird marked the back of the field chopping huge chunks off her lap times as she continues to develop into a full-fledged race driver. Well done everyone and great race! 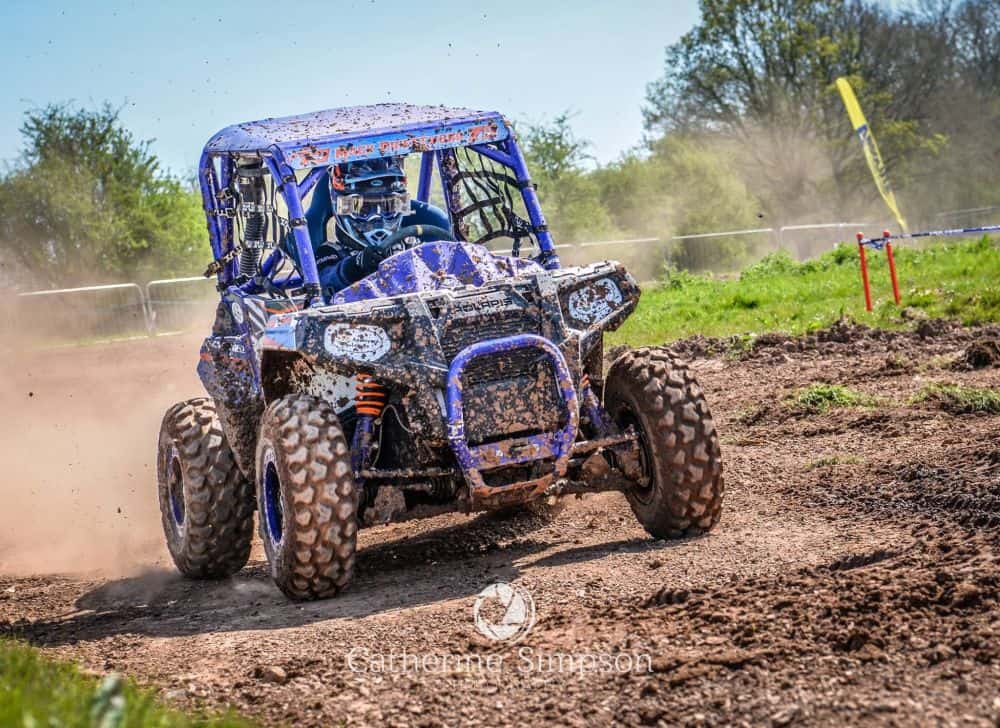 Race three was the moment when you wonder “What just happened”.  Mack Priestwood bolted from the front but Lewis Scotney was never going to give him it all his own way.  They battled lap after lap with Mack holding the advantage until that moment that may have swung the season.  Lewis Scotney not settling for second spot went huge on a jump damaging his front end resulting in a DNF. Mack ploughed on to take the race win and a huge haul of points swinging the table massively at the seasons half way point. What next for these boys, I for one can’t wait to find out. Joe Chilvers grabbed the opportunity and took second spot still getting the better of his battle with Alfie Davies in third.  Rio Longdon jumped up a spot into fourth keeping the challenge of Kiean Wiegold again enjoying a full days racing for the first time in a while, long may it continue. Sophie Bird jumped up the field as her perseverance was finally rewarded with a well earned sixth spot.  Jude Scotney marked the last of the finishers in what was a great days racing. Well done everyone!

It really doesn’t get much closer than this. Mack Preistwood jumps to the top of the points table on countback but Lewis Scotney isn’t done yet. What a class this is becoming.

As always thanks to everyone who made the event possible, you all know who you are, the same thank you to everyone who believed this could work. What a class! and we did that together.