The track prep went well and the venue benefited from a good downpour of rain after the completion of Youth racing on the Saturday. A good turnout made for some well-balanced groups and racing was a GO!

Saturday saw the youngsters take to the track and some new faces around the paddock. The absence of the PAR Boys Alfie and Sam Davies meant that Lewis Scotney seemed a hot favourite to take an early lead in the Championship. The unknowns of Rio Longdon and Fred Tarrant both practice partners of Lewis, meant we certainly had a race on our hands. Trialling the Ace 570 at this event was Ronnie Payne, a great addition to the Championship should his coming birthday go the way we all hope. Also, a driving assessment for Jude Scotney sees the younger Scotney Brother take to the track.

Lewis Scotney threw down an early marker and his intensions were clear early on, dominant from the front and never look back, this sets up some fantastic battles later with the Davies brothers.

Rio Longdon looks to have benefited from recent practice sessions with Lewis Scotney and secured second in the session. Fred Tarrant followed him in finding some pace from his new lighting graphics. Ronnie Payne got to grips with his machine as the session progressed. Help and tips from the other youngsters saw his pace increase throughout the session. A great start to their first session with many of them having a first taste of competitive motorsport. 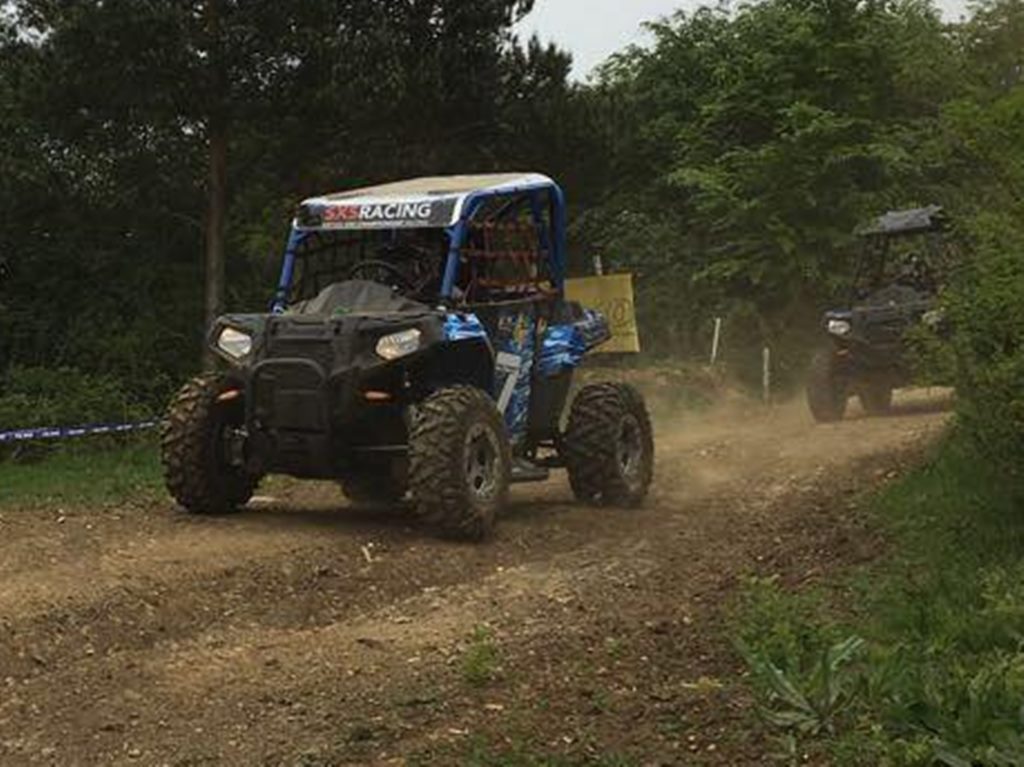 Lewis Scotney broke clean away and never looked back. A wise move as the track time will put him at a strong advantage when his biggest competitors take to the track. A great race from Lewis setting some impressive lap times along the way. Rio Longdon in his first ever race showed some good pace and has clearly benefited from the practice sessions at the Anglia UK track. A good second and some valuable track time will only see him grow in the later rounds. Fred Tarrant took third after very little seat time in his new machine and set up some great racing with Ronnie Payne for the rest of the day.

Again, Lewis Scotney seemed to be in a race of his own, leading every lap. The only concern was he may push to hard and be caught out at some point. Not today! Lewis blitzed to the front and never looked back in fast laps at every opportunity. Rio Longdon battled to keep in touch at the front and proved he is a name we will be hearing more of as the year progresses. Consistent improvment from young Rio saw his confidence grow lap after lap. Fred and Ronnie battled away every lap and with more experience there will be some great battles between them as the year unfolds. Fred Tarrant secured third with Ronnie Payne following closely for fourth. 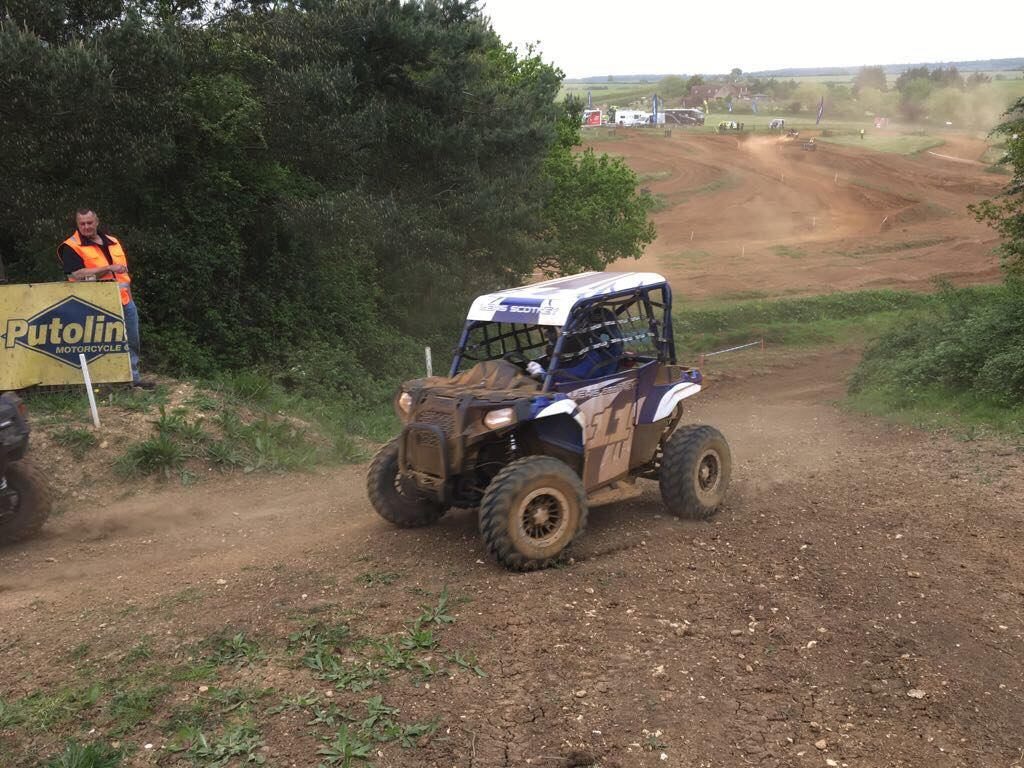 Lewis Scotney could not be touched as again he lead from the front. Fastest laps seemed to appear in every track session as his winter practice paid off. Rio Longdon seemed to close the gap and by the end of race three it had dropped to just three seconds in the fastest laps at the front. Great work from Rio in his first run out in the ACE! A swing in fate saw Fred Tarrant take a trip to his side allowing Ronnie Payne third, place the exact opposite of race two.

A great day’s race for all. Huge thank you to everyone who made the day possible and to the class sponsor Anglia UK for believing in the project. Being first to do anything was never going to be easy but with the people we have behind us, this project it can only succeed. 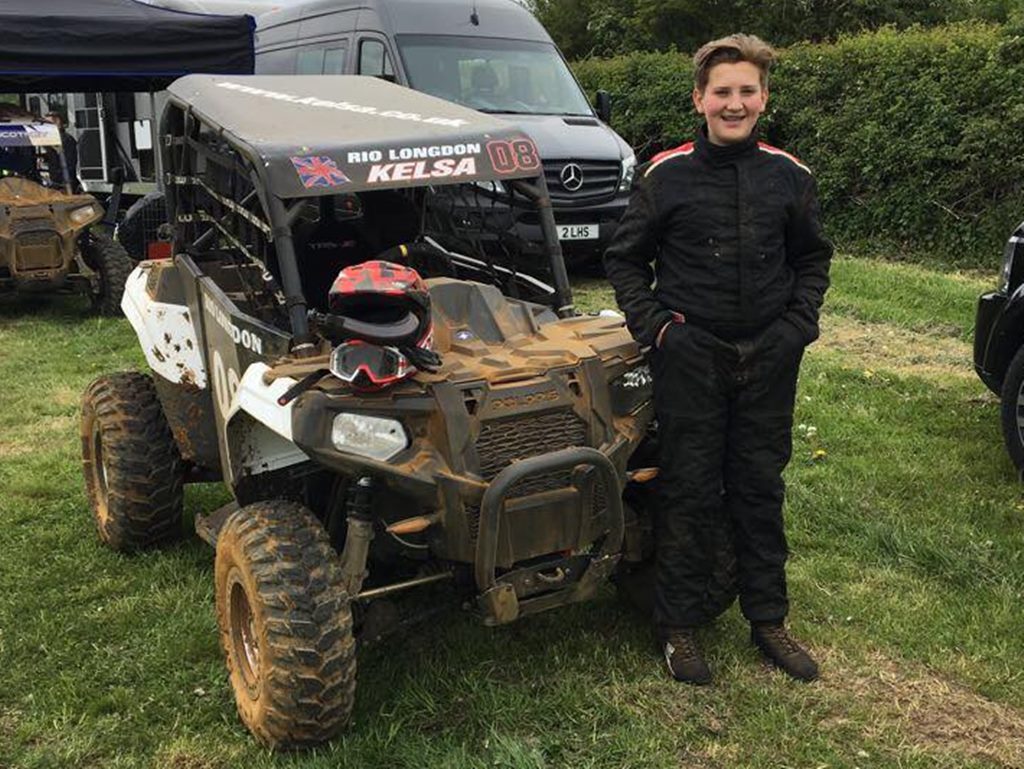 These events are always fiercely competitive and this round was no different. Tom Fletcher charged to the front of the field early and once he got to the front there was no catching him. Fastest lap of the day was Toms and the overall and class win followed. A great performance sees Tom go from strength to strength winning both opening rounds in a bid to retain his 2017 titles. Richard Avis pushed Tom hard in the early stages but was unable to bridge the gap which slowly increased as the hour mark was passed. Less than one second split the two men’s fastest laps proving how close the 1000 Expert Class really is. A great race for both drivers. 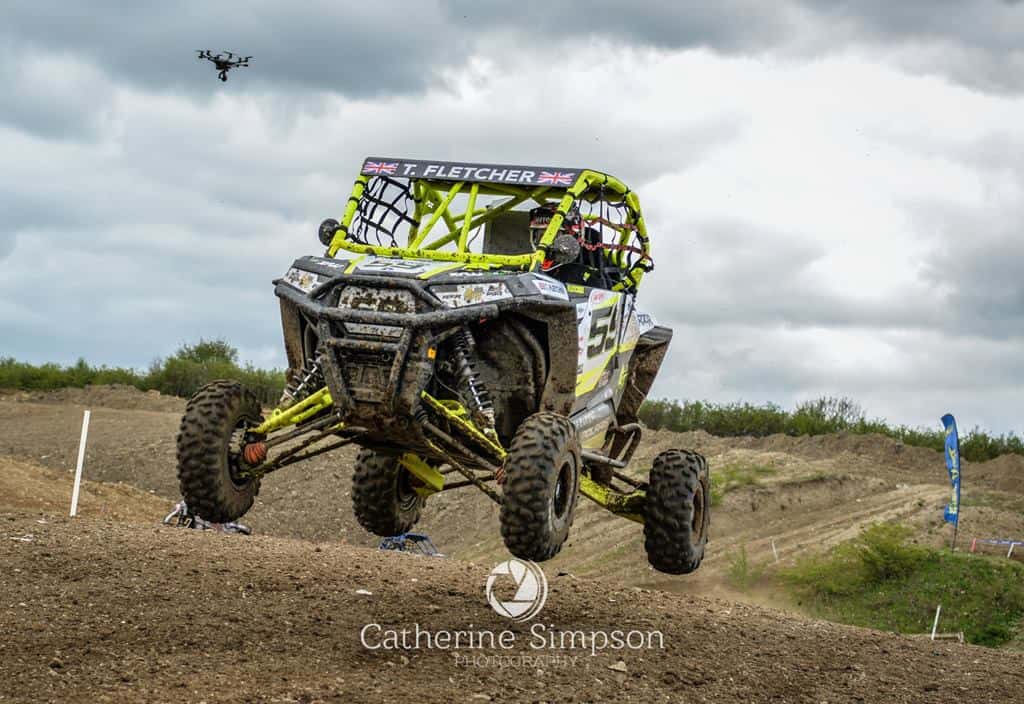 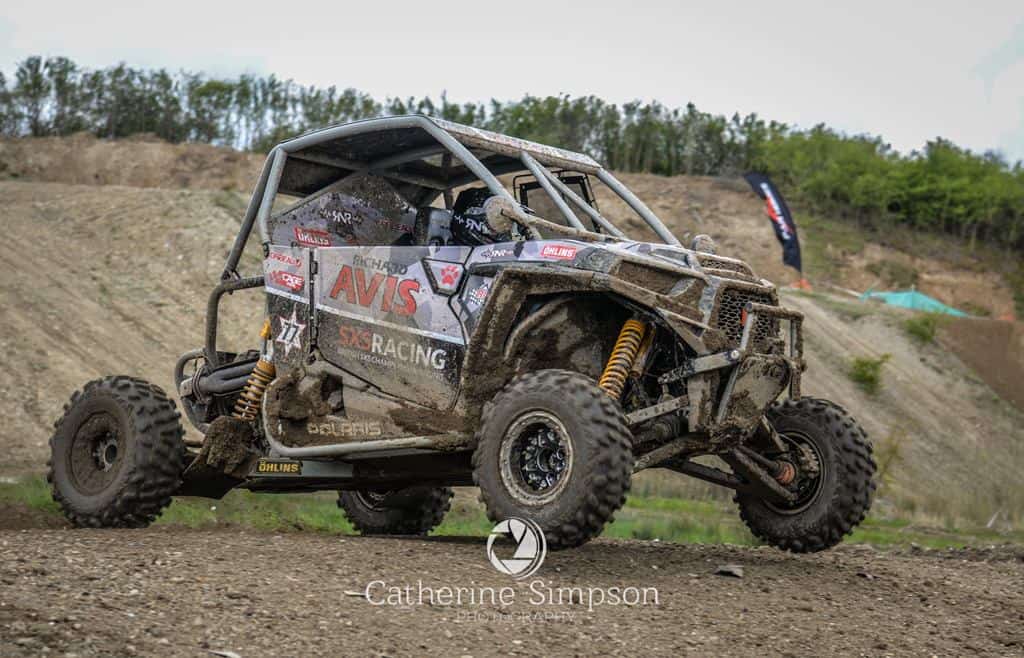 Josh Hope in his first year in the Expert Class proved the ability everyone knew he had by securing his first podium in an expert race, a fantastic drive showing the maturity and experience needed to compete in this class. 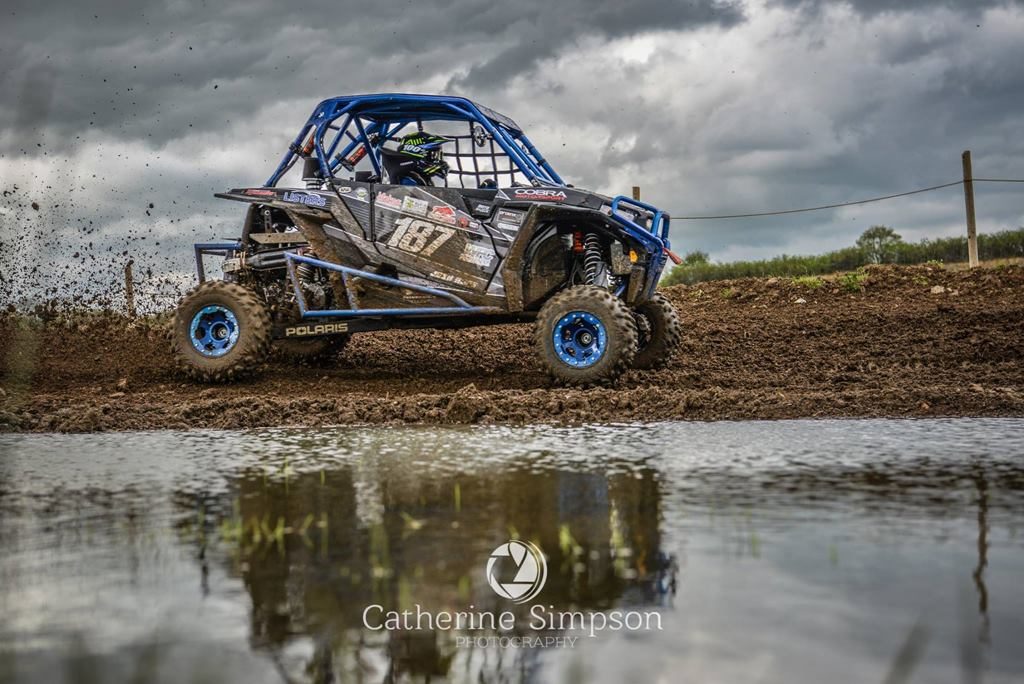 Mark McCann and Jayne Ind crossed the line for fourth after a consistent drive, but another 5% for the Fro Systems machine should see them back battling at the front. Claire Avis set a fastest lap time quick enough to secure a higher place but had to settle for fifth admitting that she struggled physically in the later stages. Looks like there could be more to come from Claire.

Miles Radburn was the first in from the Open Class benefiting from more bad luck at the front for Paul Severn. A conservative drive from Miles showed that speed is not always the way to win in this race format. Dave Riley followed Miles in after a switch to the Open Class, this secured him second in class after a challenging day with steering issues. 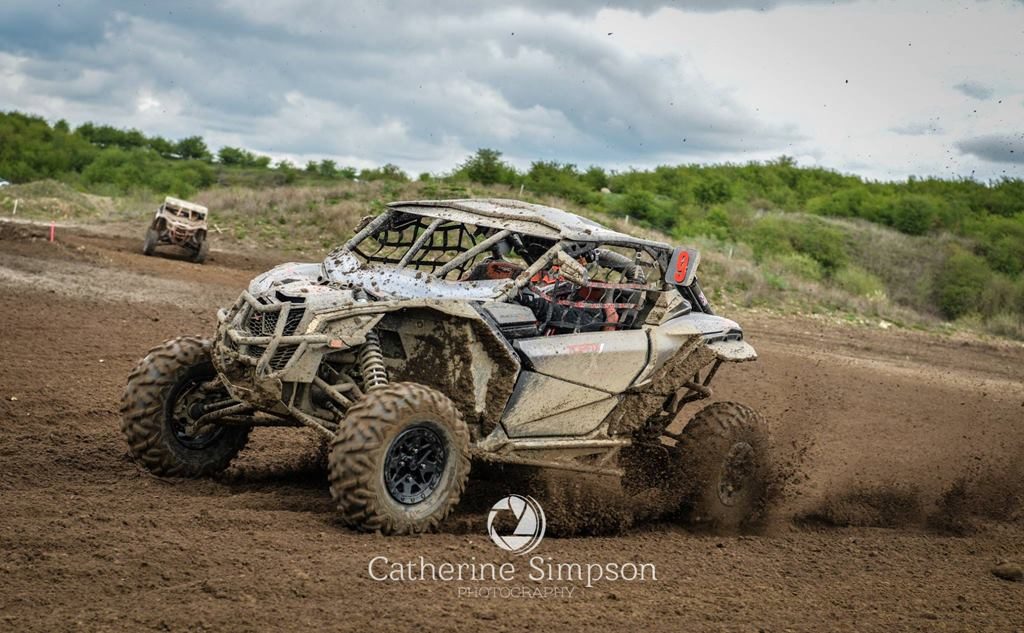 Bailey Edwards crossed the line in eighth place but his fastest lap proved he is where he belongs with the experts. Some fine tuning and he should move up the filed in no time.

The remainder of the field suffered various issues seeing them DNF for various reasons, blowing wide open many of the Championship classes. A good clean race with some good individual battles so well done the Experts.

Clerks Driver of The Day (Experts)

The return of some familiar names in this class made for a strong field and picking a winner was never going to be easy. The McPhee brothers looked to carry their form from the previous event but bad luck would see Chris retire from the lead and brother Mark retire from second.

Mark Rushton pumped in consistent lap times and his experience helped him to secure the top spot on the podium and the Open Class win in his first event of 2018.  Well done Mark.

Andrew Postlethwaite proved his speed in round one was no fluke climbing through the field lap after lap bagging him the second step on the podium. The third spot belonged to Kieran Weaver who survived a few near misses on track to land his first podium finish. First in from the 1000s securing the class win. Another driver in his Rookie year crossed the line in fourth as Joe Robinson proved he is one to watch this year. A fantastic drive from a young driver in only his second SXS event. 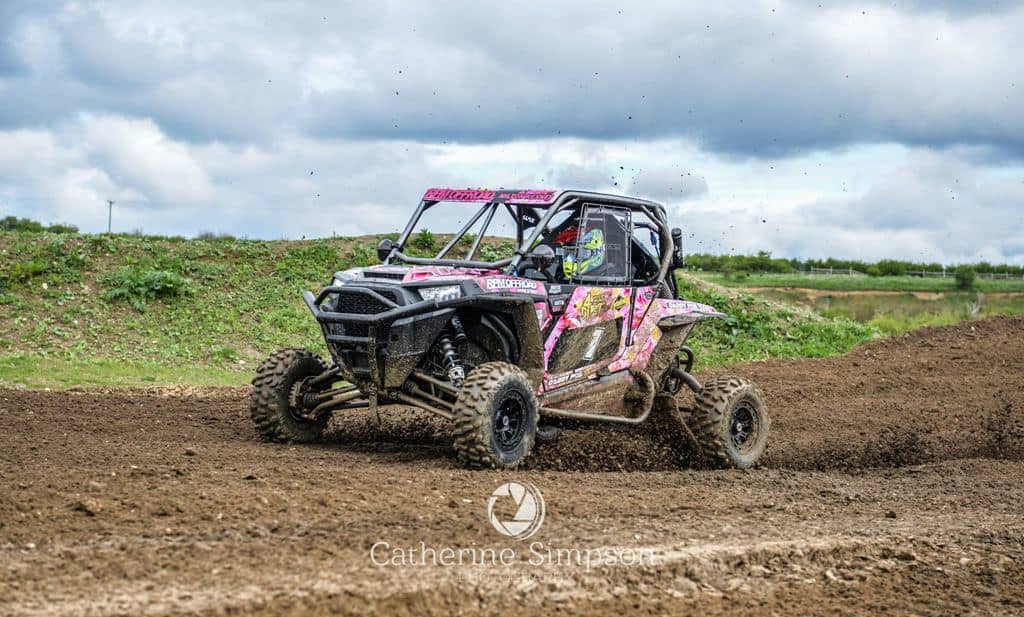 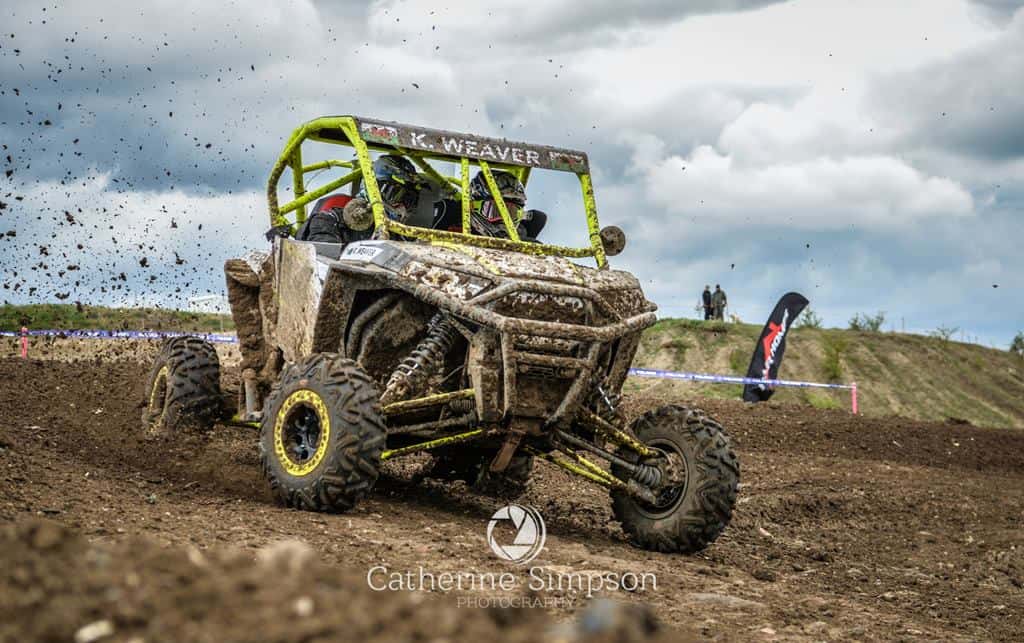 Richard Burke was next in after some mayhem in his rear-view mirrors saw paint exchanged between Kieran Weaver and Anthony Hope. A lesson learned and a trip to the Clerk made easier by the trip to the podium.

Jason Bird and Paul Blackford crossed the line for sixth with a fastest lap time proving he has more in the tank. A climb up the rankings seems imminent for the Birdman.

A tremendous show of determination seen Anthony Hope demonstrate what racing is all about, even after several mechanical issues. His team got him back out enough to grab him the last podium spot in his class. Well done Anthony you’ll have slept well after that adventure.

Scott Fisher stepped into a 1000cc machine for the first time and but for a knock on a wheel bearing he could have grabbed his first podium spot. A quick fix saw him back out on track, but the damage was done.

Sam Lloyd in the only 900 in the field did well to finish what was a hard race staying clear of any trouble as he let the fast drivers through. A good stay for Sam giving him something to build from.

Last of the finishers was Andy Bennet’s whose pace was clear to see, setting the second fastest of the session.

Another good race proving that this really could be a tight class all season. We all look forward to seeing this one unfold throughout the year.

Clerks Driver of The Day (Rookies)

Anther great days racing for all. Special thanks to Jamie Courtney from Champs Park and to all the drivers who helped marshal during the event.

As always none of this would be possible without our sponsors so thank you to them all.

See you all soon for Short Course RD2