The Round That Nearly Wasn’t

It really was touch and go whether or not this round was actually going to happen, Poor weather and bad conditions saw a delay put in place and the round compressed to one day to ensure it took place. Lots of hard work and tears from the organisers meant we got there in the end and that is a credit to everyone involved. So, we were set for the showdown that everyone was waiting to see. Let’s do This!

The rookies and experts were merged for this weekend to enable everyone to get through in good time. Early on it was apparent that the battle at the front was on as Tom Fletcher and Mark McCann exchanged the lead on every passing lap. This ran all the way to the very last lap where Tom Fletcher nicked pole by under a second from second place McCann. Lewis Fletcher making his first appearance in a while took third spot pushing the other contender Paul Rowlands into fourth, this was a less than ideal start for Paul but it was all still to fight for. Keiron Weaver was first of the rookie’s home beating expert Rob Lloyd and his rookie rival Chris Place in sixth and seventh spot. William Buller made his welcome return to racing with a respectable third in class beating young gun Lewis Scotney in his first outing as a senior. Ricky Flint and Mark Scotney were next in followed home by another youngster Rio Longdon again making the step up to the senior class. This was truly great to see as it proves that a successful youth class would in fact develop talent for the senior series. Alan/Joe Curnick followed home by Jason Medleycott closed off the grid for race 1. The battle lines were drawn! 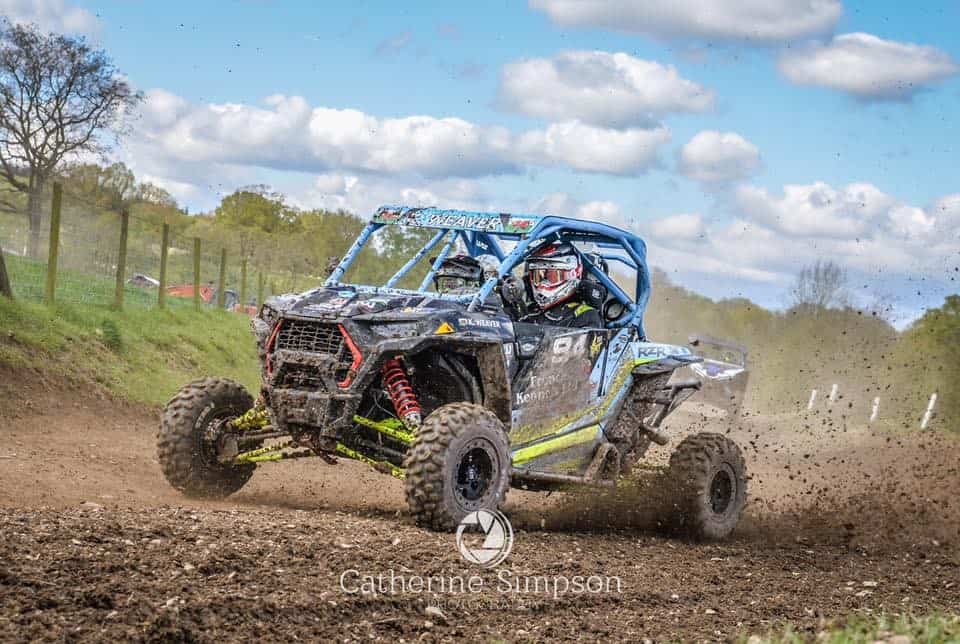 Race one was a nervy experience for everyone involved, this would set the tone for the day and could open or close the gap at the front in the blink of an eye. Again, the onlookers could only hope that mechanically issues would not play a part. That was the case and Tom Fletcher pulled away at the front building a small but significant gap to the chasing Mark McCann. First place for Fletcher stretching his lead at the top of the standings from second place McCann. Lewis Fletcher held third spot from first placed rookie Keiron Weaver in fourth. Rob Lloyd was next home chased in by a vastly improved Ricky Flint. Mark Scotney took a solid seventh (third in Class) with Jason Medleycott climbing up the field into eighth. Alan/Joe Curnick chased in by Rio Longdon marked the last of the finishers with the remainder having a fork lift truck journey for their troubles.  This really wasn’t helping the already tight timeline.  A great race that saw Tom Fletcher move one step closer in the expert class and Keiron Weaver take a step closer to the important second in class. Great Action. 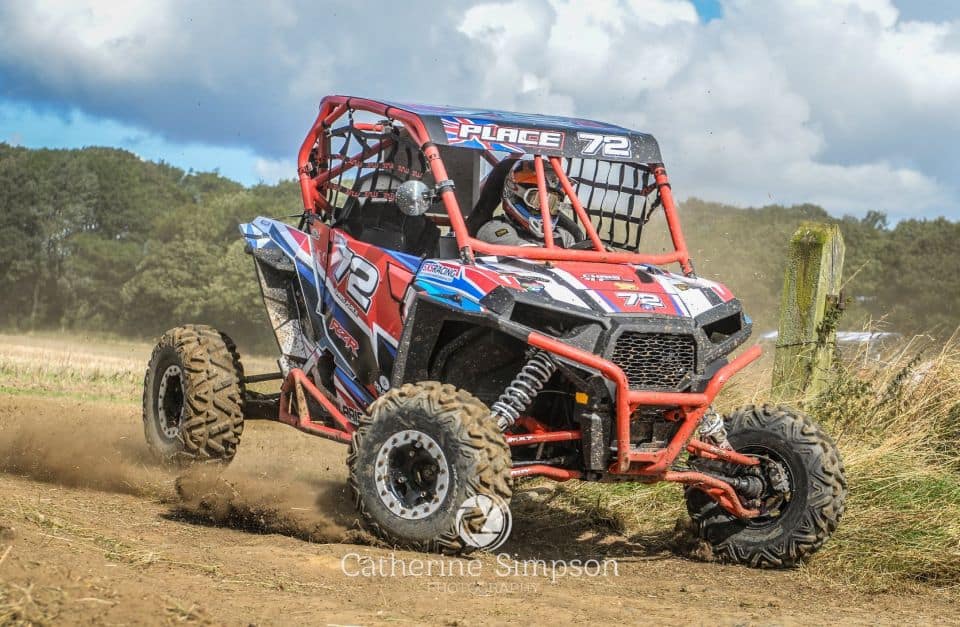 The tension just ramped up for this session as everyone could just about touch their desired spots in the Championship. Again, it was a clean brake off the line for Tom Fletcher and he began to build a gap at the front, however he took his eye of the prize and an early joker from McCann meant it was going to be tight. Tom Fletcher almost missed his Joker lane entry and his exit saw him side by side with McCann. Luckily there were two track staff observing from two different angles and both after discussion agreed that there was space and no contact and to let them race, a quick chat from the clerk for Tom and no further action.  This saw Tom cross in first place with Mark McCann second. Lewis Fletcher again took third spot with Keiron Weaver mixing it at the front in fourth. A move up seems set for the Welshman. Rob Lloyd was next home in fifth with Weavers rookie rival Chris Place next in, taking sixth. Ricky Flint crossed a solid seventh followed home by Mark Scotney in eighth. Jason Medleycott and Rio Longdon closed off the grid for race two with the remainder suffering the walk of shame. Another great race so well done everyone.

This session really was touch and go as the light faded fast. It was decided we should go for it and if the light failed red flag the race. It ended up a shortened session but we got it done and that was a testament to event staff’s efforts. Tom Fletcher sealed the deal and took the win again from the chasing McCann. A three-time Champion now so congratulations Tom. Second place for Mark after back to back racing all day, well done Mark a great effort. Lewis Fletcher again took third place ahead of the first spot rookie Keiron Weaver, this secured him a second overall in class so a great day’s work. Chris Place pushed him all the way beating expert Rob Lloyd to fifth place. Mark Scotney taught his son Lewis a lesson in finishing, taking seventh ahead of good friend and rival Jason Medleycott. That marked the end of the finishers and the end of the season in what could only be described as failing light. What a day and what a year so well done everyone. 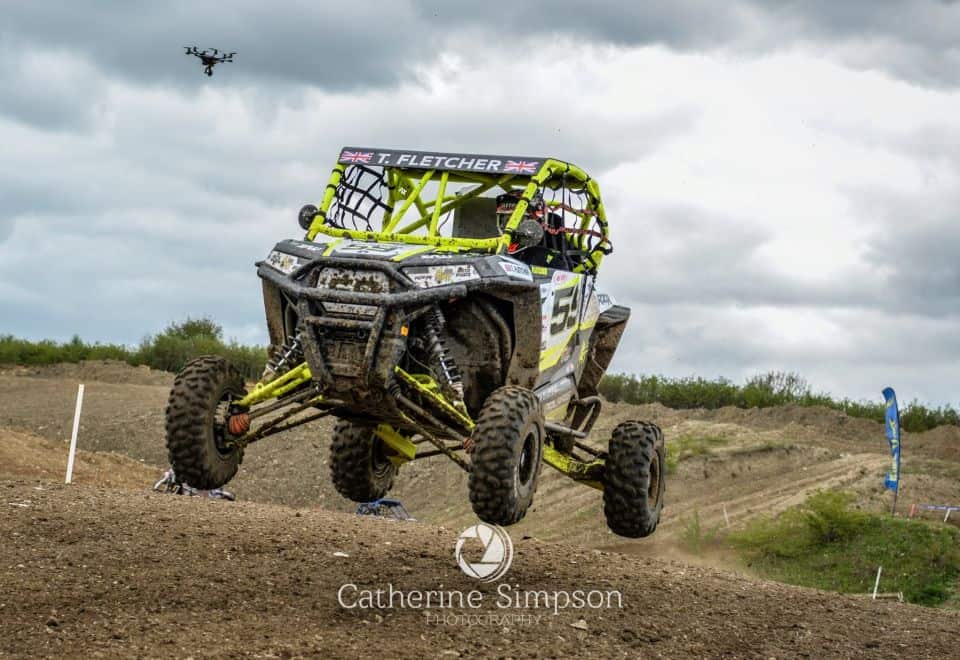 The SXS Racing team would like to thank everyone involved in making this happen, the staff, the sponsors and the Marshalls. It was a tough one no doubt but we got there in the end. Next stop is the end of season awards. Lets Party 😊