From Dust Til Dark – BEC Round 3

Last weekend was always set to be a great event and was one many were looking forward to the moment the calendar was released. The land used and the fantastic support and facilities the CG Robinson Team have at their disposal is an organisers dream and there could be no excuses for a poor event. The track team nailed it, with fantastic spectating and a big fast flowing track the feedback was great, as everyone first laid eyes the the teams hard work.  We were set for a great weekend with the first ever night race and Championships to be decided in just about every class.

This was about the only part of the weekend that some could say was predictable. The big horse power experts pushed to the front with Mark McCann taking pole followed in by the Turbo RS1 of Jed Wiegold.  Paul Severn seemed to finally be having some better luck as he put his machine in third spot, a far better result giving the year he has had so far. Tom Fletcher was the fastest of the 1000’s grabbing fourth place ahead of the dark horse of the weekend David Whitmore, who borrowed a machine after seeing the track, the idea of missing the chance to race a track this good was too much to bear. Joe Robinson was next home in sixth place setting up one of the many battles of the weekend with Championship rival Jason Bird/ Paul Blackford. 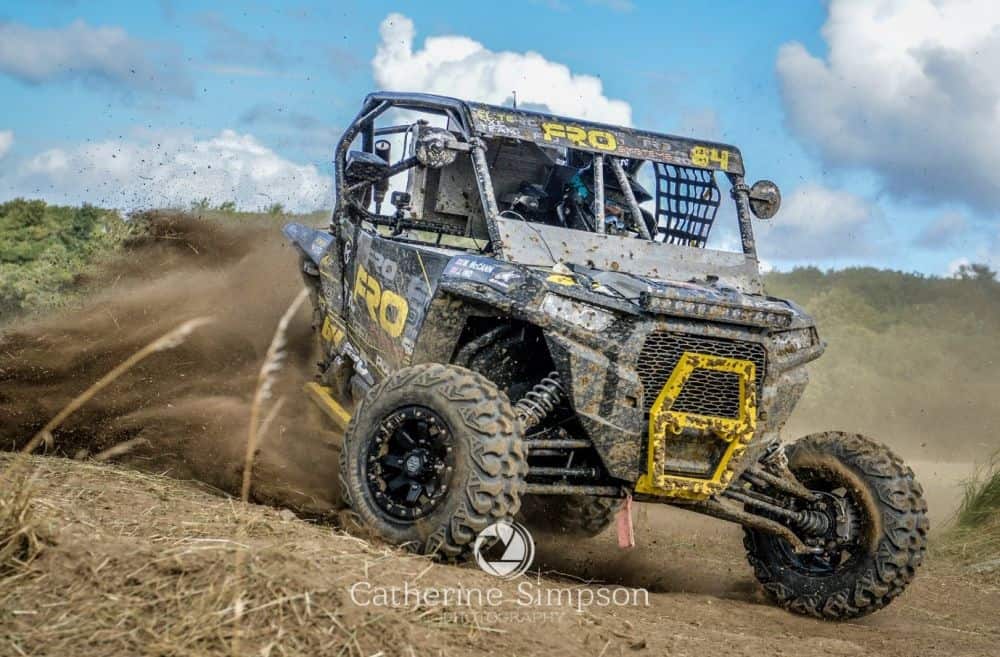 This one was set to go to the final flag. Chris Place took a solid seventh and with his rival Keiron Weaver sitting further down the field it was first blood to the number 72 machine. Shaun Jenkinson was next in with Eighth spot beating Andrew Postlethwaite and Chris McPhee by only tenths showing just how competitive this field really is. Bailey Edwards and the youngster Declan Whitmore crossed eleventh and twelfth meaning Bailey had some work to do if he was to challenge the flying Tom Fletcher for the win. Robert Lloyd finished a little out of position back in thirteenth chased hard by the trio of rookies Wayne Harris, Ricky Flint and Championship contender Keiron Weaver. Things were tight at this point with drivers split by the smallest of margins, Miles Radburn got the better of Dave Riley for seventeenth with Jason Bird only a tenth behind taking ninetieth place with some work to do for race day. Next home was the smiling Charlie Welbourn his tactics were clear and letting everyone charge out and no doubt come unstuck was his plan from flag one. Would it pay off? Cameron MacDonald, having a solid year took twenty first with first timer Claire Barry twenty second, a great drive from the complete newcomer. Alan Curnick and Jason Medleycott close off the grid, in what was a great session to watch and definitely the only predictable session of a fantastic weekend. 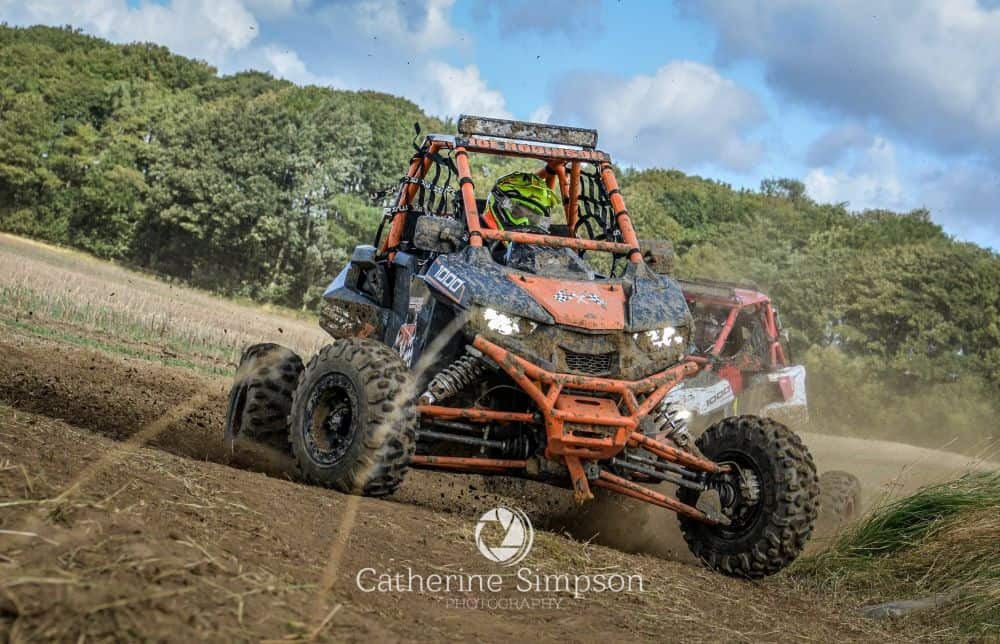 This was a first for SXS Racing and a first for the UK and what a race it was! The front three locked horns into the darkness of turn one and Jed Wiegold popped out the leader. What a start from him and Tom Fletcher. That was the story of the race, the Welshman was gone, crossing the line for the win in the Northern Darkness. Tom Fletcher nailed second spot and the class win in a solid, no risk drive beating home third spot Mark McCann. I don’t like to say but fourth spot went to Robert Lloyd a great performance given his start position from a challenging earlier session so well-done Robert. David Whitmore was solid in fifth with Miles Radburn also jumping up the field into sixth beating Andrew Postlethwaite by just a tenth of a second on their fastest laps.  Keiron Weaver and Ricky Flint were next across the line again split by only a tenth at their fastest, which is crazy for a track that size and night session, Wayne Harris took tenth spot beating Shaun Jenkinson in eleventh with Jason Medleycott/Simon Medleycott closing off the back of the field

What a fantastic session, some lessons to learn for future races but a great race non the less. Huge thank you to everyone who made it possible. Cannot wait for the next one. We are working on getting some images and media which we will share on our social pages in the near future. Well done everyone.

Race one saw the grid return to Qualifying order and we were set for the business end of the weekend. Mark McCann bolted off the line but bad luck would grab him and see him finish parked up track side. A real shame as setting the fastest lap early on showed he had the pace to be first to the flag but this is racing and its never that simple. Tom Fletcher seized the opportunity and finished the race in first place with a dominant drive from the front. Shaun Jenkinson pushed through to second spot with Rookie Andrew Postlethwaite climbing the filed to grab third. Scotsman Chris McPhee crossed the line a solid fourth with Chris Place the fastest of the 1000 rookies across the line fifth, advantage Place in the battle for the class. The best battle in the race was the one behind, Jason Bird/Paul Blackford pushed through the pack into sixth spot but rival Joe Robinson battled every yard of the track to keep the fight alive, this from someone so young was very impressive and an absolute pleasure to watch so well done both drivers. 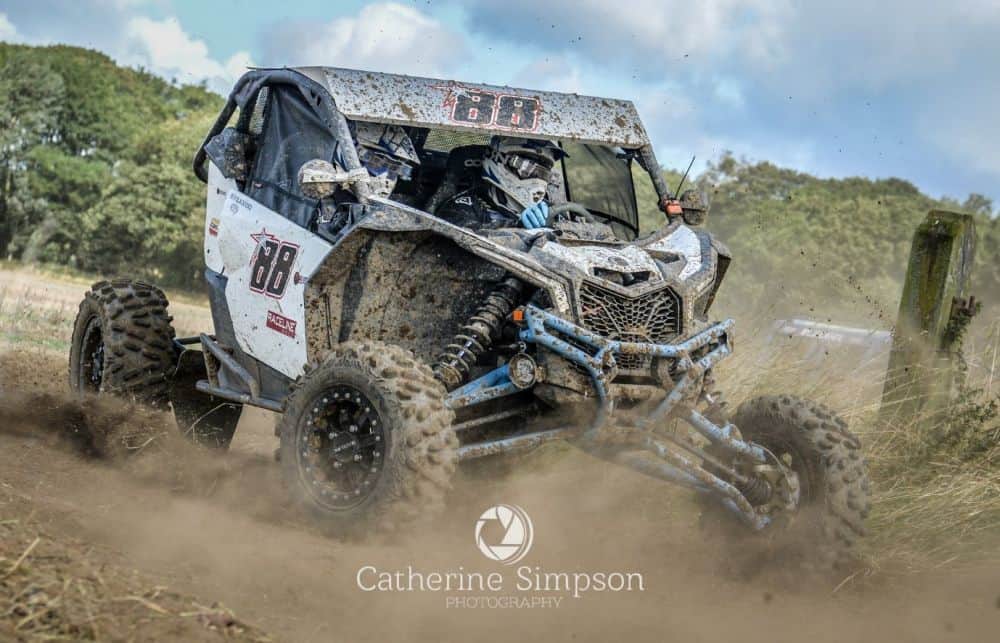 Robert Lloyd was the last of the drivers on the lead lap with a decent gap to Keiron Weaver behind. Charlie Welbourn and friend Wayne Harris had their own little battle for tenth and eleventh with Claire Barry a very respectable twelfth in her first ever race. Good Job Clare.  Jason Medleycott/Simon Medleycott finished a strong thirteenth surprising even themselves a they mixed in the front end of the field. Cameron MacDonald grabbed a respectable fourteenth followed home by Alan Curnick a great result for Alan and Joe beating home some very experienced drivers. Dave Riley and Ricky Flint were the last of the solid lap scorers with the remainder of the field suffering issues of many types. A great race with some surprising performances. We were set for a great end to the Enduro year!

Race two was a masterclass from Mark McCann charging through the field to take the win, helped by the misfortune of Tom Fletcher who saw himself parked trackside late in the race. Andrew Postlethwaite remained consistent taking second spot ahead of fellow rookies Jason Bird/Paul Blackford, doing just enough to ensure the class title was theirs.  Keiron Weaver also took the class win after title rival Chris Place saw the same bad luck as Tom Fletcher, a real shame but again racing makes no friends on its way. Joe Robinson battled every minute of the hour to take fifth place a huge result for Joe when you look at the listed names he beat to the flag. Robert Lloyd kept a cool head to cross the line in sixth giving him the class win in the fiercely competitive 1000 expert class. 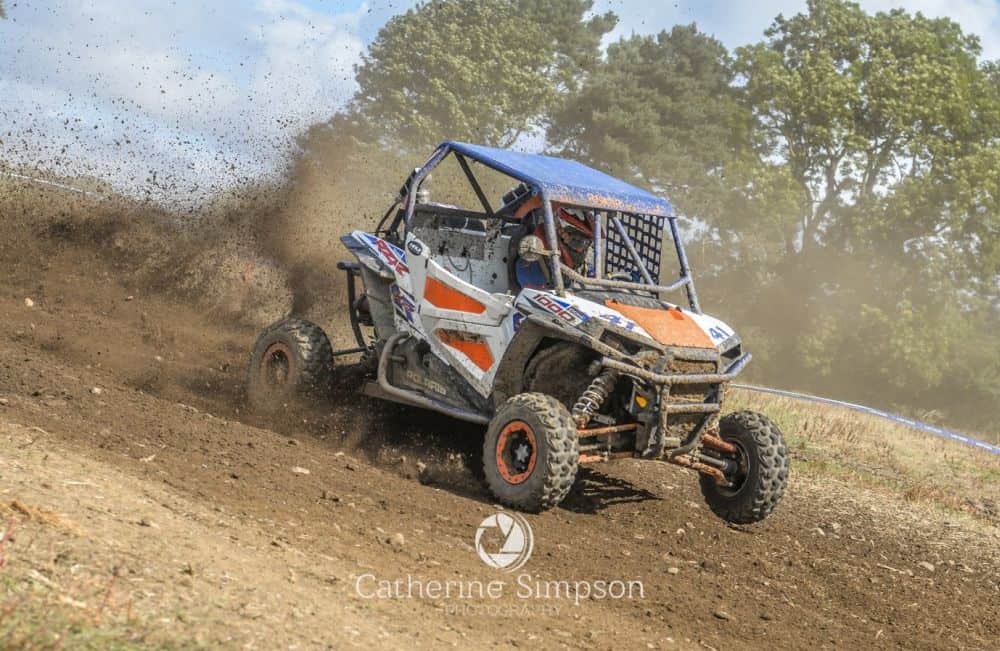 Shaun Jenkinson saw the race stolen from him by bad luck and the racing gods as things got warm for him in field one. Cameron Macdonald and Charlie Welbourn used the Enduro style of consistent lapping to take eighth and ninth with the youngster Declan Whitmore close behind in tenth. Jason Medleycott/Simon Medleycott continued to deliver with an eleventh place ahead of expert Dave Riley and fellow rookies Alan/Joe Curnick. Claire Barry seen her day end when a coming together with Wayne Harris seen both their day end early but hey, if there’s a gap there go for it. That was that for strong lap scorers but what a great day racing it was.

What a truly amazing weekend of racing. A massive thank to the CG Robinsons team for hosting what was probably one the best races we have ever had. They really did go the extra mile. Well done to all the drivers and thank you to all the support staff who helped run the event. What a team!!