What Goes Up, Must Come Down

Last weekend saw the Polaris British SXS Championship head to the Lakes in what was to be a challenging weekend. Changing weather meant the event team hand to move things around to get everything done in drivable conditions so that is what they did. Delayed slightly but the stage was set.

The session seemed to flow the way most would expect. Mark McCann took pole for the experts followed in by championship leader Paul Severn setting up a battle into the first corner, which many had hoped for. Third place went to Louis McGuffog settling quickly into his new RS1 followed by Shaun Jenkinson in fourth. Tom Welbourn again chipped away at his lap time in a mature drive to fifth ahead of Adrian / Callum Loveridge in sixth spot. Jess Braker was the next car over the line in an off colour seventh for the flying youngster. Could she improve as the day progressed? Eighth place was taken by Olly McGuffog in another solid session for the first-year rookie. Rianna Harris and Jeremy Levick closed off the back of the grid setting up a competitive race one. The missing cars from this session were the space shuttles of David Watson and Nick Barker after lead right foots saw them leave the planet’s atmosphere whilst over jumping a relatively small tabletop. Sighting laps gentlemen, Sighting laps. 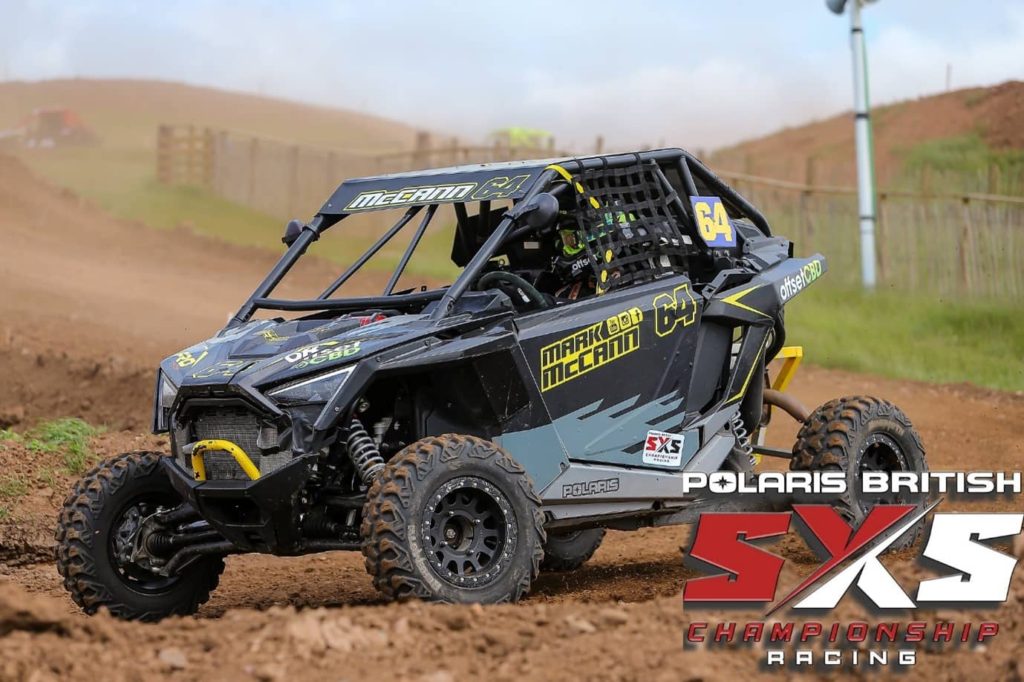 Race one went exactly to plan for Mark McCann. Break from the front, joker late and don’t look back. The win was his. Paul Severn pushed hard and kept the race competitive in the early laps but just couldn’t bridge the gap to the flying McCann. Second spot for Severn. Tom Welbourn again showed patience and moved through the pack to take third place, first of the rookies. Nick Barker was on the move hard after his trip to space – last to fourth in a great session for the Nb Construction RS1. Olly McGuffog finished fifth in a solid session holding off experienced Shaun Jenkinson in seventh. Next up was Jeremy Levick showing progress with every turn of the key taking seventh spot ahead of Rianna Harris in eighth. Louis McGuffog closed off the back of the grid in a competitive race so well done everyone. 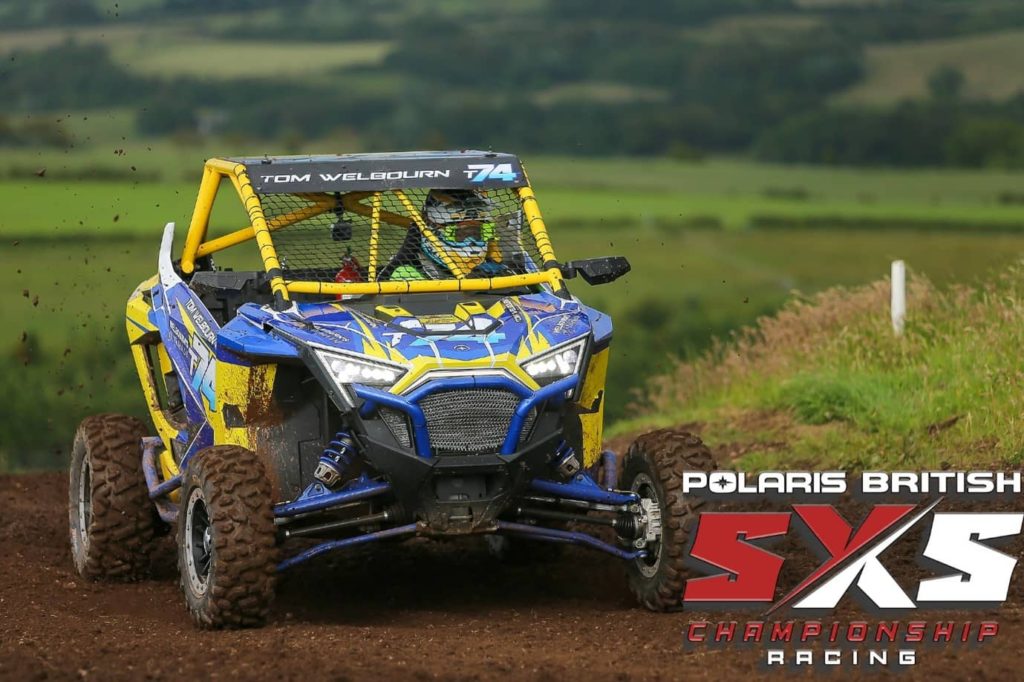 Race two saw the deck shuffle as lady luck turned her back on Mark McCann. A mechanical problem saw the race leader take a hard landing off a step up meaning his day was over. Paul Severn took full advantage, taking the race win in a critical session for the Championship table. Advantage Severn. Tom Welbourn looked the expert as he pushed on to take second place in a great race for the rookie. Again, Nick Barker chased hard but settled for third overall. Next home was expert Shaun Jenkinson, chased the whole way by youngster Jess Barker. Louis McGuffog improved on the session before was sixth was never going to please the Norfolk man in a class full of his close friends. Rianna Harris again remained consistent and took advantage for the missing cars finishing seventh. Good work Rianna. The battle lines were drawn for the final race of the day. Race three was a game of tactics at the front. Paul Severn didn’t have to go crazy to get the win and his focus was very much that. Do what it takes and no more. First place for the championship leader and a great day overall. Nick barker took second place after Tom Welbourn did the walk of shame after an innocent knock saw him out of the session. Well done Nick and unlucky Tom. Shaun Jenkinson took third place in what was a challenging day for the experienced driver. Louis McGuffog pushed hard through the field to fourth picking up a slapped wrist from his Mum after a coming together with brother Olly. It got worse, a visit from the Clerk and a warning for contact ended his day. Olly McGuffog crossed the line fifth ahead of Rianna Harris ending what was a great day for the class. Well Done everyone. Going into this session everyone knew the names to watch as this class looks like it’s going to be a close one. It didn’t disappoint. George Hales took the spoils in a great session for the youngster proving he is a front runner in this class. Class leader Jacob Wilson took second spot beating another main rival, Henry Proctor in third. Championship top three lined up at the front of the grid, what more could we want. Anthony Green put in a solid time to take fourth chased home by Rio Longdon in fifth setting up another battle to the first corner. Sam Llyod was next home in a strong sixth, a solid finish for the youngest of the Lloyd brothers. Lewis Scotney dropped back for the weekend to mix things up in the rookie class, seventh for him as he scraped away with dad Mark in eighth. Ninth place from Brad Price holding off Simon Medleycott tenth which isn’t were either would like to be. Could they progress as the flag raised for race one? Tom Butterfield returned to the class after some missed events and settled into eleventh leaving Alan Curnick and Wayne Harris to close off the grid. 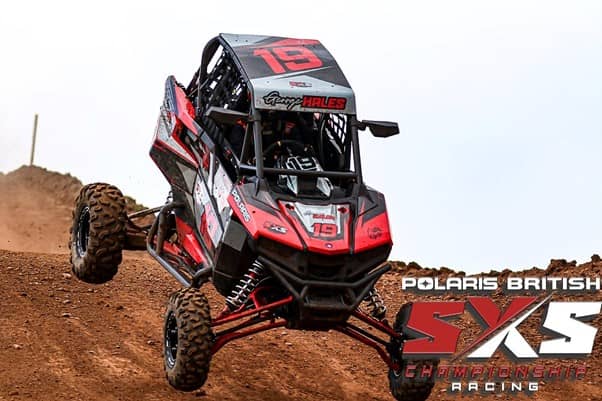 This race was the perfect example of going for it. George Hales and Jacob Wilson did exactly that but when they both went side by side up a step up only one was coming out and that was the case. George Hales broke away and took the race win from the front. Henry proctor held firm in second pushing hard but unable to close the gap to first. Rio Longdon again appears at the front end of this class taking third spot ahead of old rival and friend Lewis Scotney in fourth. Jacob Wilson after his issue early on saw him fall to last flew through the field to an encouraging fifth setting up a hard push in race 2, the spectators enjoyed this one for sure. Anthon Green consolidated sixth in a good finish ahead of seventh place Mark Scotney. Alan / Joe Curnick were next over the line in eighth in a strong performance for the father and son pair. Tom Butterfield and Simon Medleycott had a good old battle in ninth and tenth with Tom coming off better this time round. Wayne Harris marked the last of the finishers in what was great session for the rookies. 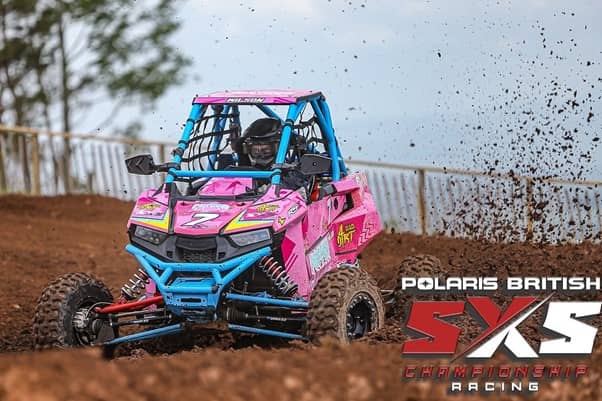 This race was all about the charging pack. Jacob Wilson built on his race 1 result and pushed through to take the win after some fantastic driving throughout.  George Hales settled for second place, this time chased home hard by rival Henry Proctor. A great session for the three Championship contenders. Rio Longdon remained consistent in fourth, but this time had a different Scotney to contend with as Mark crossed the line fifth. Anthony Green again scored solid points taking sixth place and another haul of points towards the overall. Tom Butterfield pushed up the pack followed closely by rival on the day Simon Medleycott to take seventh and eighth place. Wayne Harris improved to ninth ahead of the 169 buggy of Bradley Price. Alan Curnick and Sam Llyod closed off the back of the grid in another great session for the rookies. 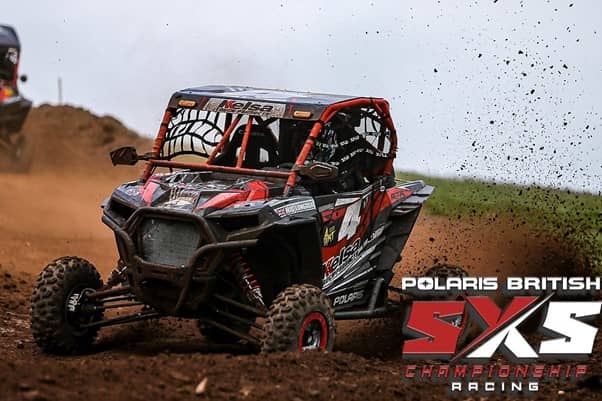 There was definite tension on the line for this one as the overall was very much up for grabs. Jacob Wilson broke hard knowing that first was a must for him. First it was. George Hales knew what he had to do and that’s exactly what he did. Second was enough to take the overall. Great day George well done. Henry Proctor was the unsung hero of this session as he took another third spot giving him the last of the podium place and keeping the championship interesting for sure. Rio Longdon again stayed strong to his race number with another fourth for number four. Anthony Green stepped up a place to fifth with Mark Scotney taking sixth ahead of friend Simon Medleycott. Sam Lloyd improved to eighth with Alan Curnick and Bard Price closing off the field after a great day of racing. Well done everyone. 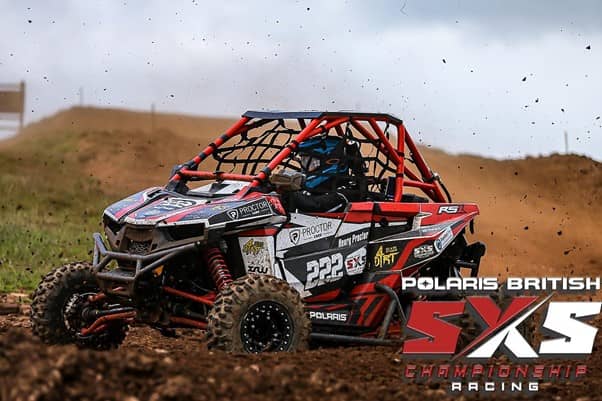 As always this was set to be fierce and like always, it didn’t disappoint. The session started gradually with the lead changing hands on every lap, as the session progressed Kevin Haran jumped to top spot and that is where he stayed. Tom Fletcher was next home in second place followed in by rival mark McCann in an uncharacteristic third. William Buller in fourth was the last of the 1:45s showing just how close this class is. Top four all on the same second. Mack Priestwood was fifth home and missed the 1:45s by under one tenth again insanely close across the top five. Sixth place went to Cameron MacDonald in good drive for the young Scotsman beating Lewis Scotney in Seventh place. Newcomer to the class Martin Hales closed off the grid in eighth. 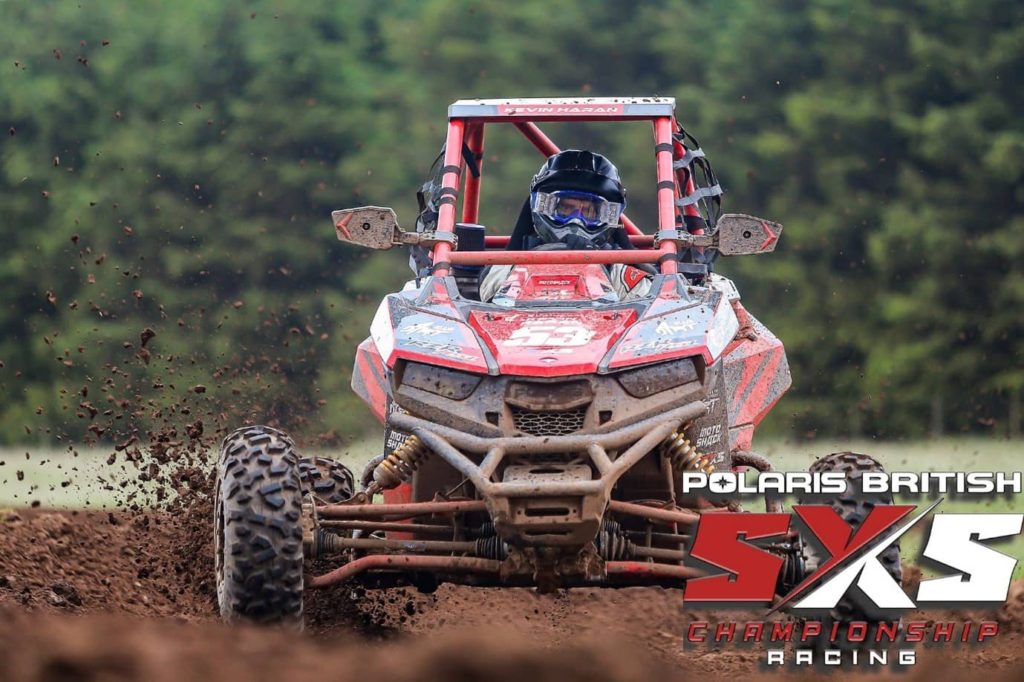 Like every session in this class race, this one was top drawer. Tom Fletcher got to the front and that was where he was staying. Late into the joker and the race win was his. William Buller pushed up the field into second proving the worth of an early in a class this tight. Mack Priestwood was the man on the move taking third place after starting fifth, well done Mack. Mark McCann was again plagued by a mechanical issue dropping to fourth ahead of Lewis Scotney fifth. Martin Hales marked the last of the finishers in his first expert race taking sixth place. 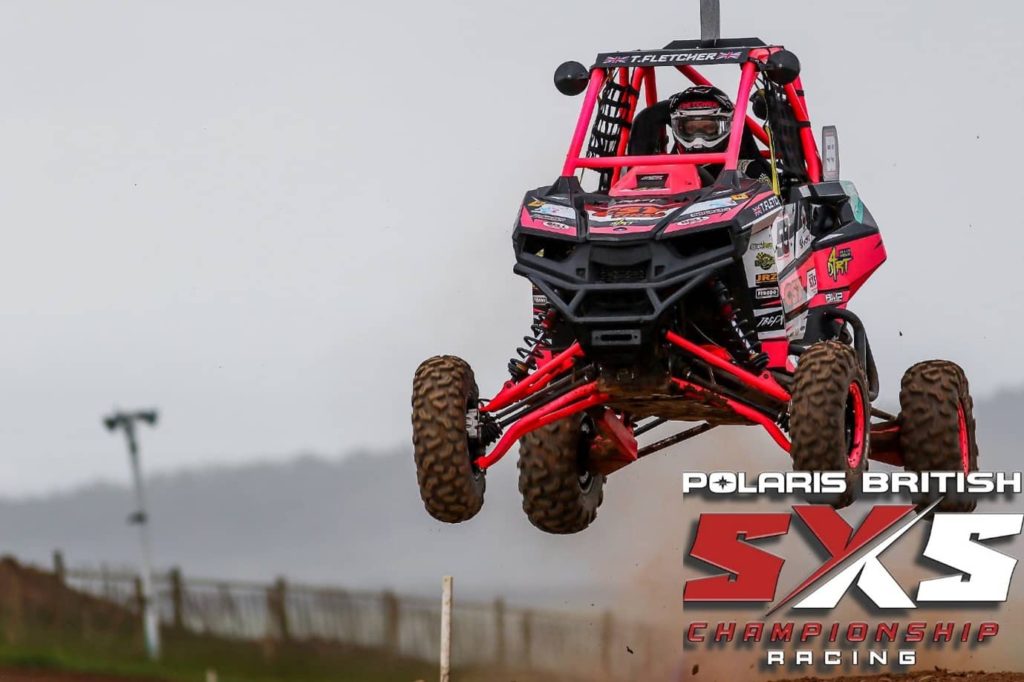 Race two was a cracker as Fletcher and Buller battled hard at the front. Tom Fletcher held strong and took the race win followed home by the energised Buller in second. Mack Priestwood continued his forward progress into a solid third place a great result for the youngster. Next home was Kevin Haran holding onto fourth place chased hard by Lewis Scotney in fifth. Cameron MacDonald closed off the field in this fierce class. What a race. 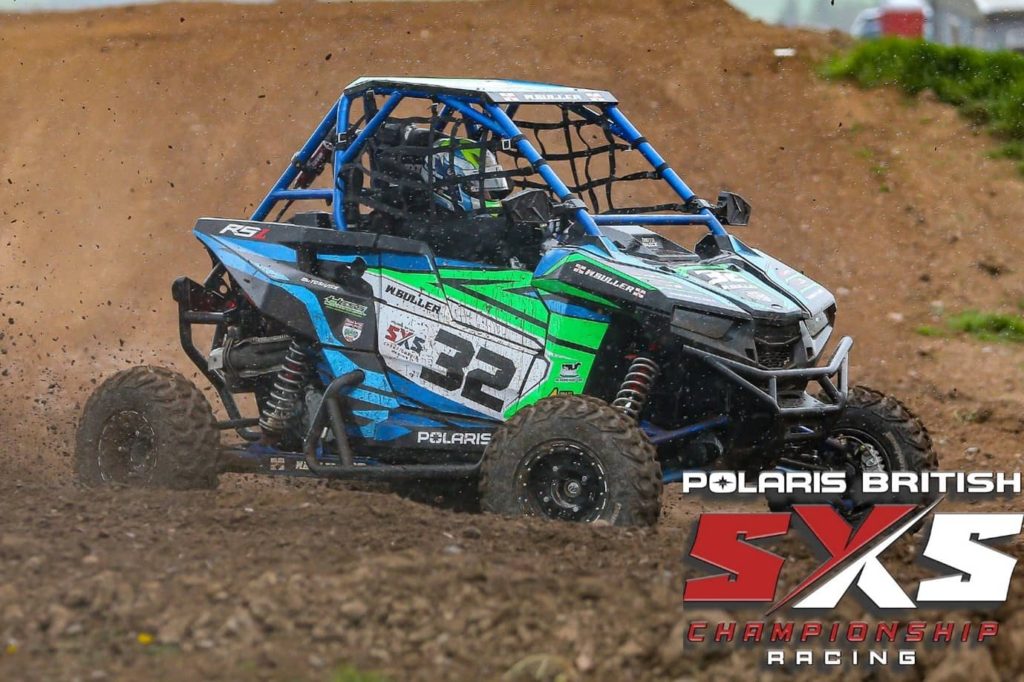 This was by far the best race of the day. It was a cracker. Tom Fletcher broke from the front, but Buller wasn’t for letting him go this time. Bumper to bumper they battled until William Buller lunged up the inside pushing Tom wide in a cracking pass for the lead. It wasn’t over, Tom Fletcher Jokered straight away to get some clear track and pumped in lap after lap of fast times. The race it seemed was won as the gap between Buller in first and Fletcher second wasn’t going to be enough for Buller to hold onto the lead after taking the joker lane. Like I said, this wasn’t over and with just two laps to go, Fletcher suffered a mechanical failure parking him at the side of the track to watch the Buller win. What a race from them both and the drama at the end just topped it off. Well done guys. Kevin Haran was next home taking second place chased in by Mack Priestwood third in another solid points race for both drivers. Cameron MacDonald jumped to a strong fourth ahead of Martin Hales in fifth after a baptism of fire in his first expert weekend. Well done everyone it really was a great weekend racing for the experts. Can’t wait for the next one.

What a great weekends racing.  Thank you to everyone who made it possible including our hosts at Dean Moor Mx. Fingers crossed we will get the opportunity to return to the beautiful lakes.

Next stop is one of the best tracks in the land, Par Homes.