Last weekend seen the Polaris British Championship Head North for round five of the 2021 season. This event is always a huge favourite with the paddock due to the sheer volume of real estate available to the track team and this year was no different. Craig and the CG Robinsons team secured a site with 85 acres of prime farmland with lots of natural fold and slopes to make for a challenging track and that exactly what they got.  Lots of fast flowing corners plenty of challenging off camber and one the fastest straights of the year by far. A shortened but just as challenging lap for the Youths and we were good to go. It was race time!

This year the Youth class has been more competitive than ever and this session was no different. The Championship contenders locked horns immediately with George Hales, Jess Barker and Rhiana Harris all breaking for the front. Jess lead early but then ran wide on a corner allowing Rhiana a gap just big enough to fine her Polaris Ace. Unfortunately, the pass was clean and fair but the result seen Jess on her side and sent her from first to last which is a huge challenge in any class. Rhiana Harris then had the lead and pushed in some strong laps forever aware of the wise George Hales who timed his Joker Lane to perfection taking the lead late in the session and holding on to take the race one win. Rhiana Harris held on to second spot in what was a great race for the spectators followed home Fred Tarrant in third spot. Jack Barker also had a good session chipping away at his lap times to finish a solid fourth place. Next home was Jude Scotney another driver showing solid progress in a very competitive class, well done Jude. The McGuffog brothers battled away taking sixth and seventh place followed home by the returning Sophie Bird. Jess Barker managed a ninth spot finish and set the fastest lap of the session in doing so, a good recovery from a tough session. Hermione Smith closed off the pack in tenth place in what was a great start to the day. Race 2 seen more of the same from George Hales as he broke from the front and held on to take the race 2 win. Jess Barker pushed hard from the back in a great race to take second spot keeping the Championship very much alive. Again, Rhiana Harris was solid keeping the front two on their toes whilst holding off Fred Tarrant to take third spot in another great session for the first-year rookie. Harley was the stronger of the McGuffog brothers pushing on up the field to fifth place at the expense of Jack Barker in sixth. Jude Scotney dropped to seventh under pressure the whole race from Lenny McGuffog in eighth while Sophie Bird and Hermione Smith closed off the field in another great session of Youth racing, Well done everyone. Race two set up the showdown everyone expected as Jess barker and George Hales set up together on the front row. A strong start from Jess seen her take the lead early and never look back giving her a solid end to a challenging day. George Hales took a solid second place securing the overall on day that seen him work for every point. Rhiana Harris again secured third spot in another solid session that seen her challenging forwards whilst holding off the more experienced Fred Tarrant in fourth. Harley McGuffog consolidated his days work with another solid haul of points for fifth place with Jack Barker next over the line in sixth. Seventh for Jude Scotney chased hard by the number 24 car of Lenny McGuffog in eight. Again, Sophie Bird and Hermione Smith closed off the field bringing to an end another great day’s racing for the youngsters. Well, Done Everyone. 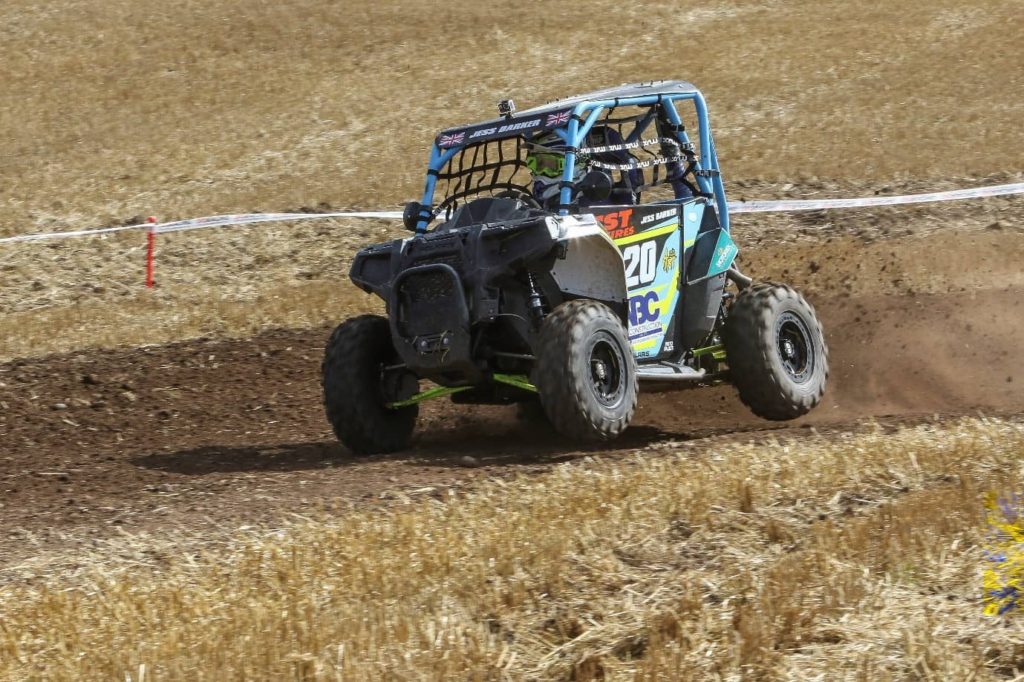 This was set up to be a great session as the high-power turbo machines looked to take advantage of the fast-flowing track. Often in the tighter venues the smaller naturally aspirated machines do well but this track defiantly favoured the more powerful turbos.  Paul Severn proved this straight away breaking from the front to put in some hard laps early on building a gap that nobody could close. A strong marker from the number 7 car doing all his work early on to dominate race one. Louis McGuffog took advantage of a penalty for Shaun Jenkinson to take second spot proving that the smaller machine where still very much in the race. Joe Robinson took the last of the top spots with a mature race pushing when he could but not getting tied up in unnecessary wars which all too often end in tears. Next home was the rookie car of Martin Hales looking a bit worse for wear after another beating from hard driving Martin. Some TLC and a bit of labour to get that out for race 2 for sure. Nick barker again proved consistency is king crossing the line for fifth place taking a solid haul of points towards one of the closest Championships of the year. Looks the Turbos weren’t going to have it all their own way after all. Shaun Jenkinson finished in sixth place after a penalty seen him fall from his second meaning he would have some work to do in the early laps of race two. Joe Chilvers and Graham Knight closed off the back of the field in what was a very tactical session with very little risk being necessary for the majority of the filed.  A good race none the less with some solid performances throughout. On to Race two! 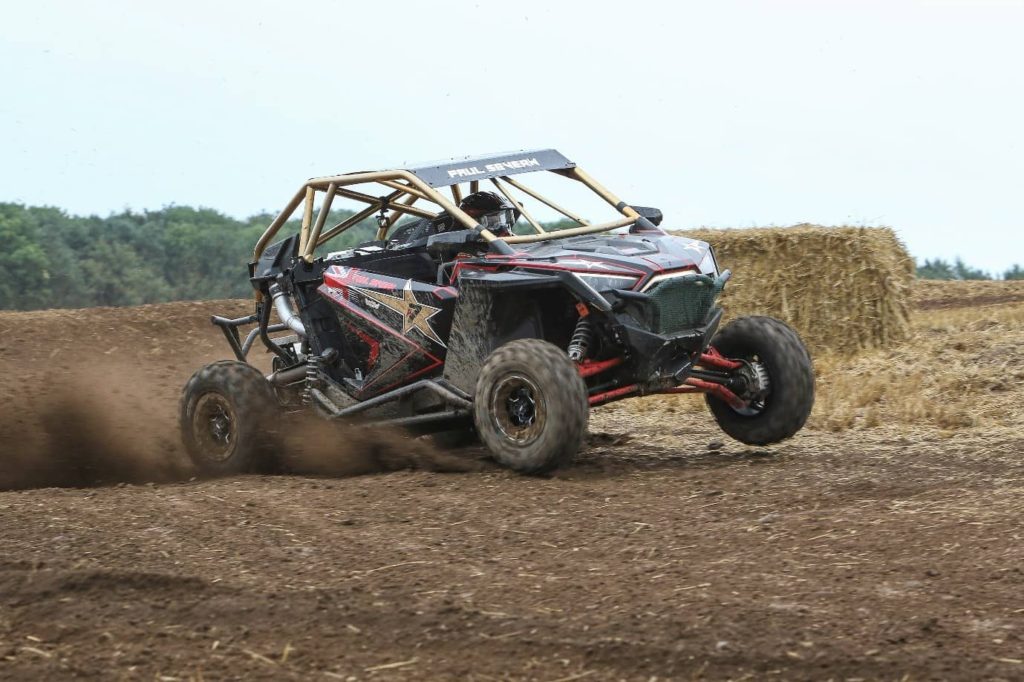 Race two seen more of the same from Paul Severn. Strong early laps seen him build a hefty lead which he was then able to roll off and protect pushing hard only when necessary. A very well manged session with him taking the win in race two give him the double on the day.  Well done Paul. Next up was Shaun Jenkinson who pushed through the field in the early laps to climb to second place then again switching tact to managing the gap. A good result for Shaun in the smaller RS1 proving it can still hold its own against the bigger horse power machines. Joe Robinson was the first of the rookie’s home in another solid performance holding off the push from fourth place Nick barker. Martin Hales nailed another strong session seeing him over the line in fifth grabbing another haul of valuable points towards the Rookie Championship. Joe Chilvers struggled with overheating but still managed a sixth-place finish ahead of Louis McGuffog after a trip onto his roof seen him fall down the field. Another testing session for everyone involved so a well done to all. 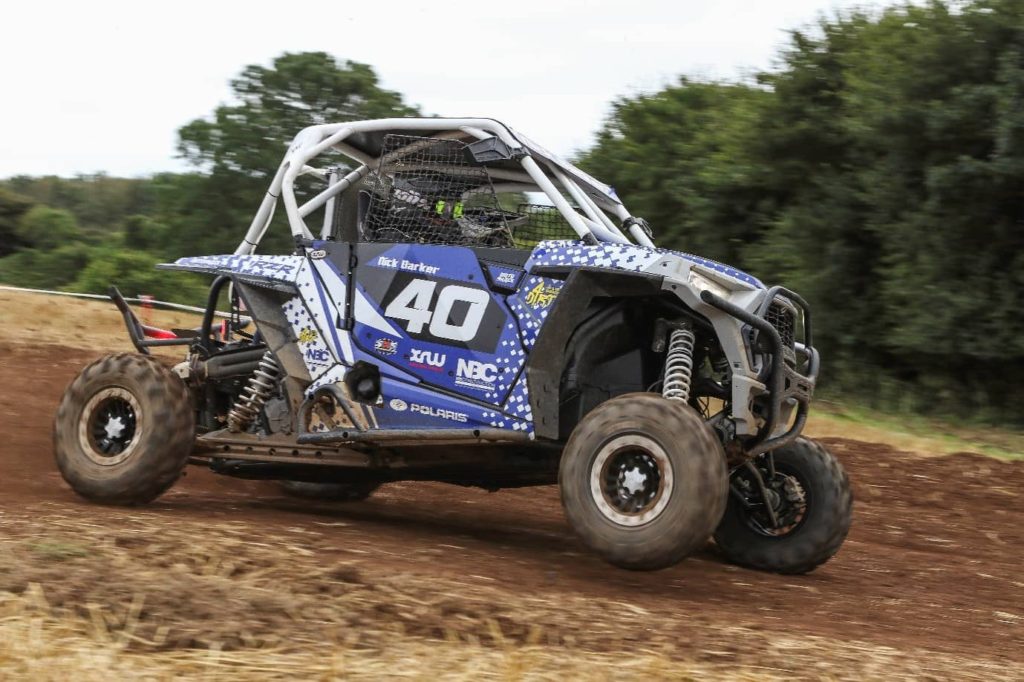 This was the first opportunity of the season for the Rookies to stand against the experts in this the most competitive class. Many were looking forward to seeing how the young guns of the rookie front would fare against the seasoned pros of the expert grid. It didn’t disappoint.

The experts were pushed to the front of the grid to avoid the first corner chaos but many of them wouldn’t stay there for long. A solid start from Tom Fletcher seen him lead on lap one and although he was kept honest by several different drivers, he pushed on to take the race one win in convincing fashion.  Next home was young gun and rookie Lewis Scotney pulling off a great race to prove that many of the rookies are ready to step up to the challenge of the expert class. Kevin Haran was next home after great battles with both Fletcher and Scotney during the one-hour grind that was race one. A great result for Kevin who in terms of seat time is fairly new to the sport. The next batch of finishers where lead home by expert Robert Lloyd in a strong fourth followed in by rookie Henry Proctor in fifth place. Jordan Pritchard made hard work of the session with some driver errors no doubt effecting in finish position of sixth place. The Welshman left wondering what could have been whilst remaining content with a decent race 1 result. Next up with a solid seventh place was Mark Scotney chased in by another of the young guns Rio Longdon. Rio has definitely been due a good result and today it came so well-done Rio. Anthony Green stepped up a level to find himself ninth place a great race result for the relative newcomer to racing. Cameron MacDonald in tenth and William Buller eleventh marked the end of the competitors on the lead lap with the remainder of the field have various challenges which seen them drop down the field. A great race non the less with the rookies mixing it up at the very highest level which was great to see. 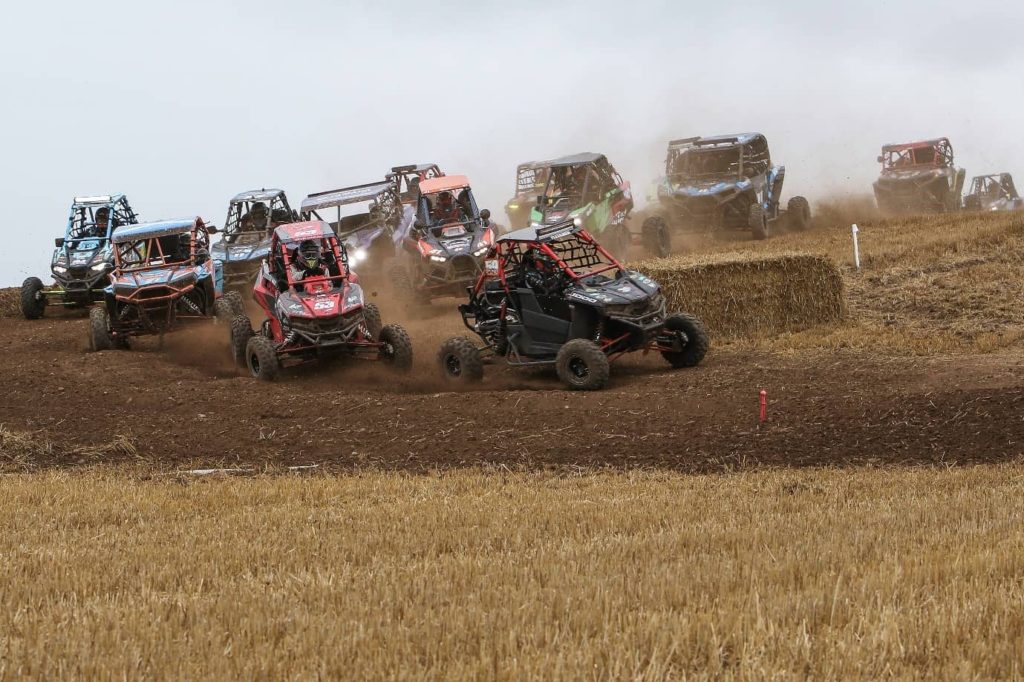 Race two was more of the same at the front end. Tom Fletcher pushed on under constant pressure from various different drivers to take the race win and a double on the day. A great day for Tom who held off the challenge of so many throughout the day. Next home in second spot was Kevin Haran consolidating a great race one result with a solid race two to end the day on a high. The big charge of the day came from youngster Mac Priestwood coming from near last on the grid to a fantastic third place beating several of the expert class on route. Mark McCann also improved on a poor race one result pushing through to fourth holding off fellow experts Robert Lloyd and Keiron weaver in the process. Last of the front runners to finish on the lead lap was youngster Henry proctor building on a strong race one to put him at the head of the overall rookie class. The remainder of the field dropped of the lead lap but Rio Longdon and Mark Scotney done enough to securing podium places in the Rookie Class which was great to see. The remainder of the field fell victim to bad luck and maybe some bad decisions but we look forward not back. Well, done everyone. 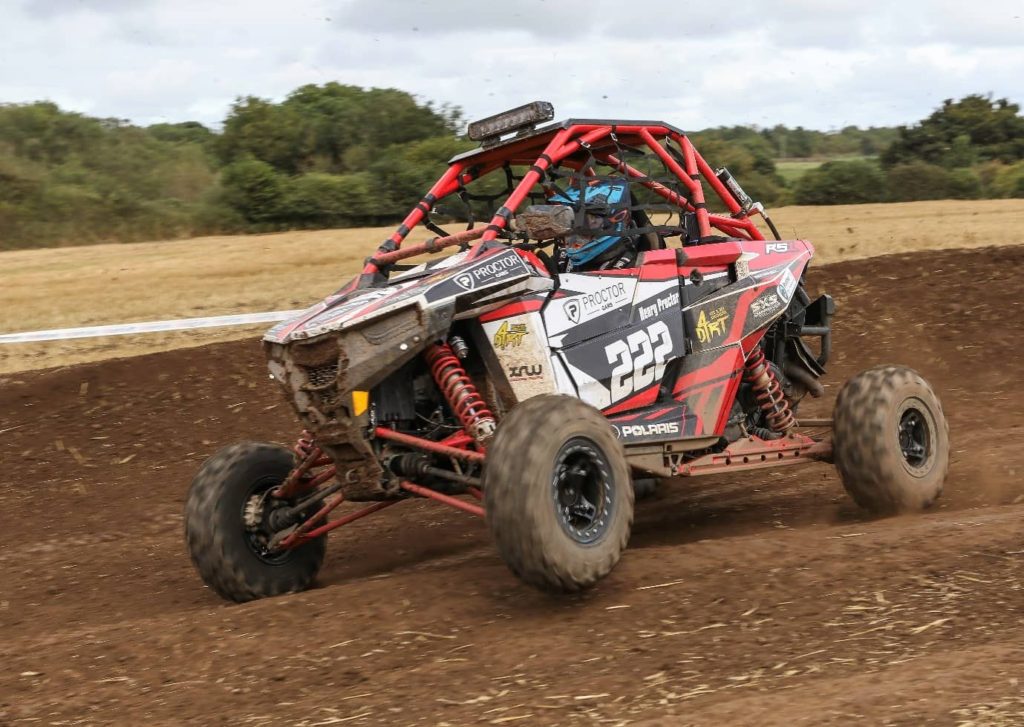 That marked the end of another truly fantastic race weekend. The night race taking things as always to another level. Thank you to everyone who made the event possible. None of this could have happened without the support and hard work of some many people. Special mention to our Title sponsors Polaris Britain. Our host for the event CG Robinson and Sons. Our Chief Marshal Charlie Welbourn and all the marshalling team at track side. Tracy in timing and Shell and Gill in the Paddock. Thank you all for all your efforts.

Now it’s time to move on to the season finale.