Round four of the Championship seen SXS travel across the water for the first event to be held in Northern Ireland. This now completes the four nations and makes the Championship truly British.  A late venue switch made the build up week a challenge but the determination of the team and our hosts the Buller family meant it was always going to be the best event it could ever be. The prep was done, all the big names were travelling so it was race time!

This session seemed to go exactly to plan for Championship leader Mark McCann. A strong lap late in the session seen him take pole and put him on the front of the grid for race one. Rookie Martin Hales took advantage of some bad luck for other experts to take second spot followed in by Adrian and Callum Loveridge. A tasty front row for sure. Wayne Harris returned from injury and appeared to be getting the hang of his RS1 taking fourth spot setting a time on par with expert Loveridge. Louis McGuffog was next home setting the bar for the two seat thousands with a nice gap to championship rival Nick Barker back in seventh. Paul Severn was unlucky with a mechanical issue that seen his best time only able to secure sixth trapped in a sandwich of competitive thousands. Lee Cowan finally had some luck able putting him eighth on the grid ahead of Joe Robinson and Lewis Scotney closing off the back of the pack. Race one was on! 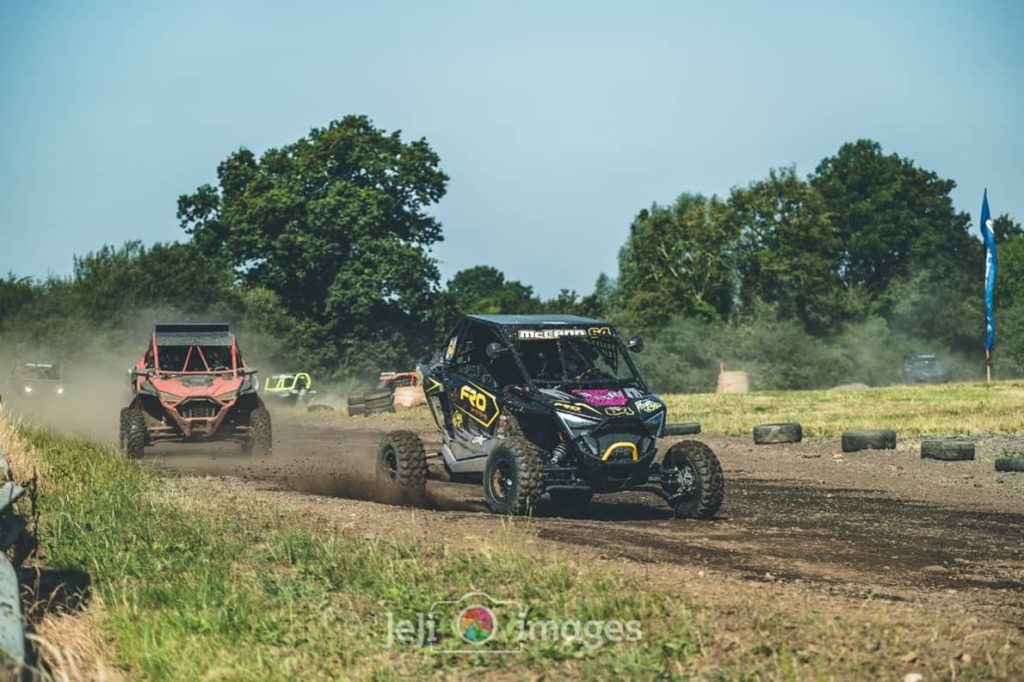 Mark McCann was off! He broke clean from pole and never looked back. Martin Hales in second spot pushed hard in the early laps but just couldn’t hold pacing with the flying McCann. Paul Severn pushed through the pack to a much improved third spot setting the fastest lap of the session in the process. Louis McGuffog won the battle of the thousands taking a solid fourth with a lap time on par with the big guns, great to see so well-done Louis. Nick Barker got the better of friend Wayne Harris to take fifth spot in a great race keeping things tight at the top of the table. Joe Robinson was seventh home with Adrian and Callum Loveridge the last of the finishers. 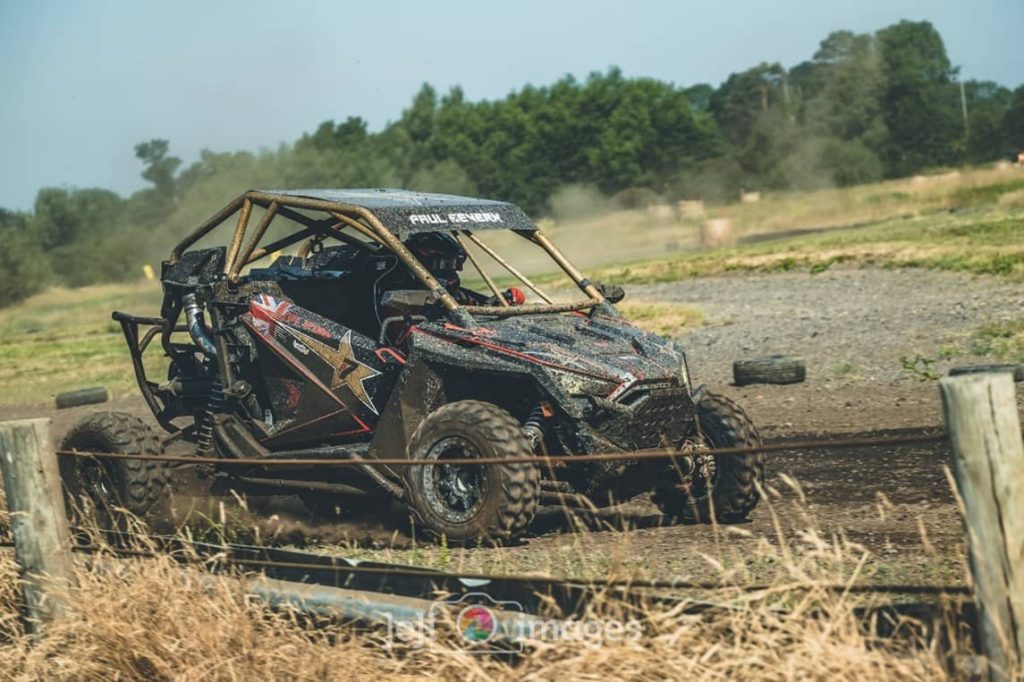 Race two seen a massive shuffle of the pack except the front runner Mark McCann. A great display to lead every lap seen him secure race two of the day. Paul Severn in second was back where he belonged fighting at the front of grid. Unable to catch the race leader second was his. Nick Barker in third flipped the thousand field on its head as rival Louis McGuffog tumbled down the field. Wayne Harris in fourth held off the higher horsepower machine of Lee Cowan in fifth spot making every place count as the point table changed every lap. Ever consistent Joe Robinson held sixth spot followed in by the last of the finisher Louis McGuffog and Adrian Loveridge.

This race is the very reason we love racing. Mark McCann continued to dominate making it three from three race wins setting the fastest lap of the session in the process. A great day for the Polaris man. Paul Severn again took second spot just unable to catch the flying McCann. Joe Robinson ploughed through the field to take third place and the first rookie home jumping up the points table to take the rookie class win. Lee Cowan made the most of his opportunities to finish fourth with Louis McGuffog and Adrian Loveridge the last of the finishers. Bad luck for Nick Barker, Wayne Harris and Martin Hales seen the Championship blown wide open as we do into the next round with a tie at the top. This is going to get interesting for sure. 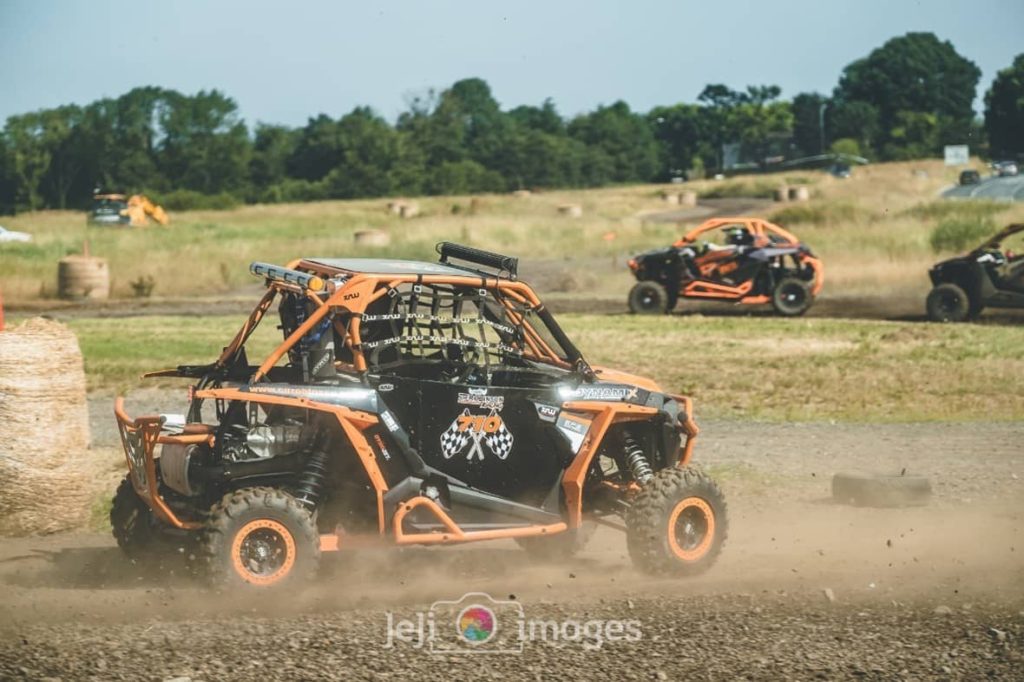 A great day’s racing for everyone in the open class dominated by Mark McCann. Well Done everyone.

This is turning into one of the best classes in the Championship as the young guns from the youth class move up taking the front grid spots almost instantly. This weekend was no different. Mack Priestwood came out with all guns blazing putting his Rs1 firmly on the top spot with one of the fastest laps of the day. Main rival Lewis Scotney seen himself back in third spot behind the hire machine of World Endurance Racing Star Andrew Watson. Dad Mark Scotney placed a strong fourth setting up a great battle off the line between father and son. Carl day was next home in fifth place followed in closely by the hire machine of Gavin. The midfield was led by Mathew Gilcrest followed home by Anthony Green. Ninth, tenth and eleventh were all on the same second showing that the margins are tiny all over this class making for great racing. James Maxwell crossed next holding off Darren Longdon with the hire vehicle of Nicki Gibson. Richard Scott and Mark Massey closed off the grid setting up a great grid for race one. 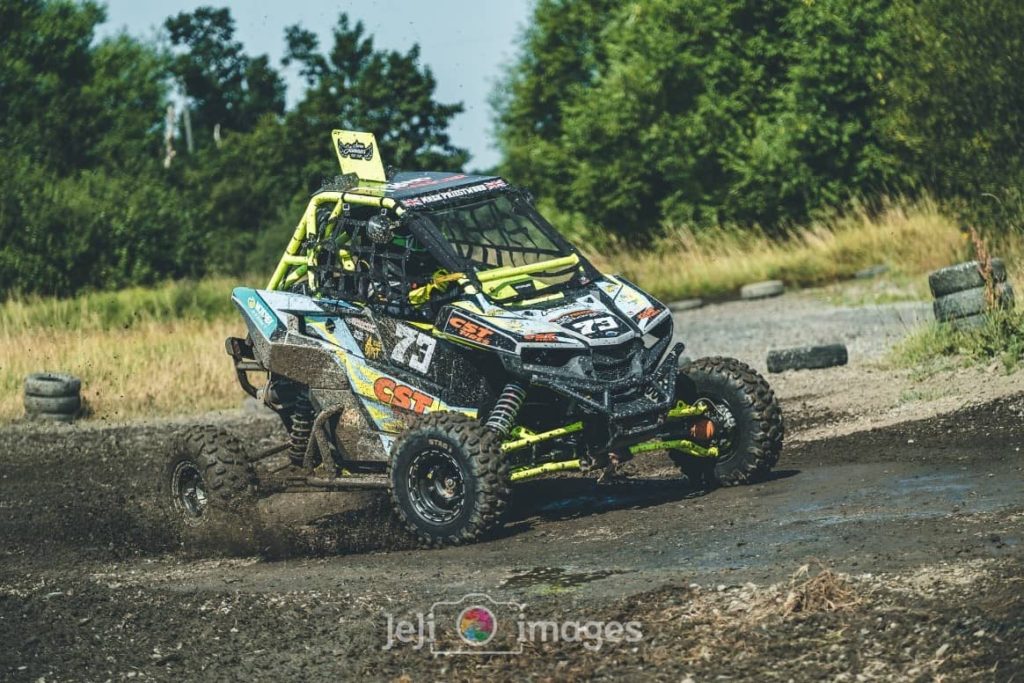 Mack Priestwood was off and race one was his, Lewis Scotney and Mark Scotney pushed on and made a great race of it taking second and third spot with the third of the youngsters Rio Longdon pushing up to fourth place. Gavin in the hire machine was the first of the hires home holding off Carl Day in sixth place. Anthony Green got the better of the Irish pair James Turkington and Mark Massey to take seventh spot. Richard Scott was next home followed in by the Medleycott brothers lead by Simon. Darren Longdon marked the last of the Race 1 finishers in what was the most competitive race of the day so far. 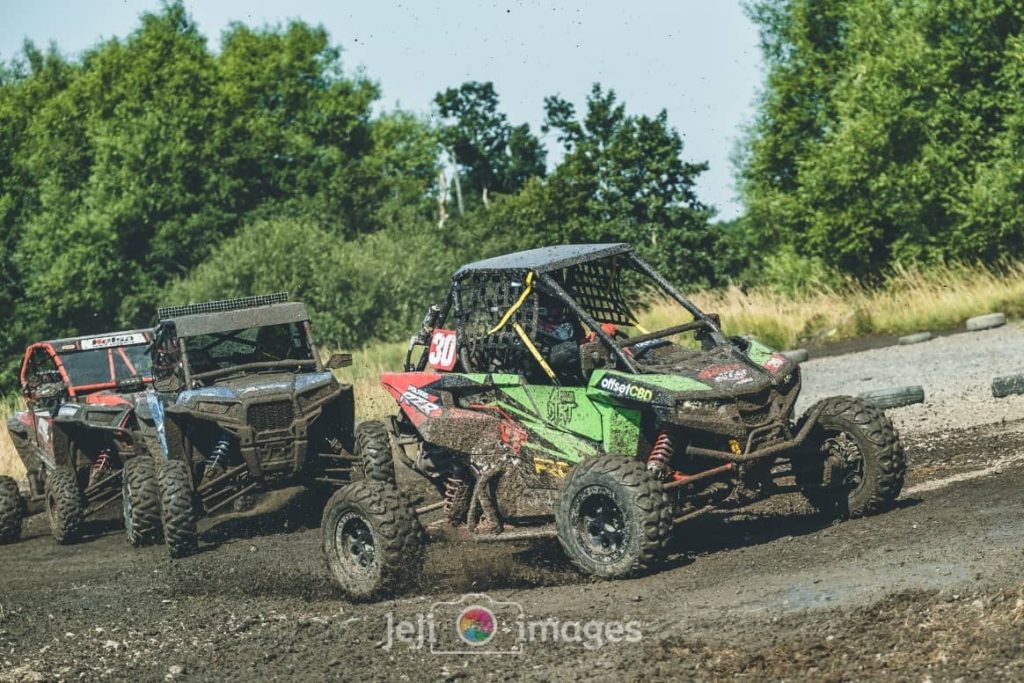 Race two seen a change at the front. Mack Priestwood led in the early stages only to be taken by the pushing Lewis Scotney mid race. A great race from both the youngsters made better by the third youth class graduate Rio Longdon joining them at the front. Truly inspiring to the see the youngsters dominating in an adult class. Carl day was fourth in followed in by friend and rival Mark Scotney for fifth place. Another strong session for the hire buggies of sixth Gavin and seventh Andrew Watson followed closely home by Anthony Green. Mark Massey and Richard Scott crossed the line in ninth and tenth as the Yamahas battled it out right to the line. Simon Medleycott led home the final finishers followed home by Mathew Gilcrest and Darren Longdon. Another great race for everyone with the switch at the front setting up a race three shootout. 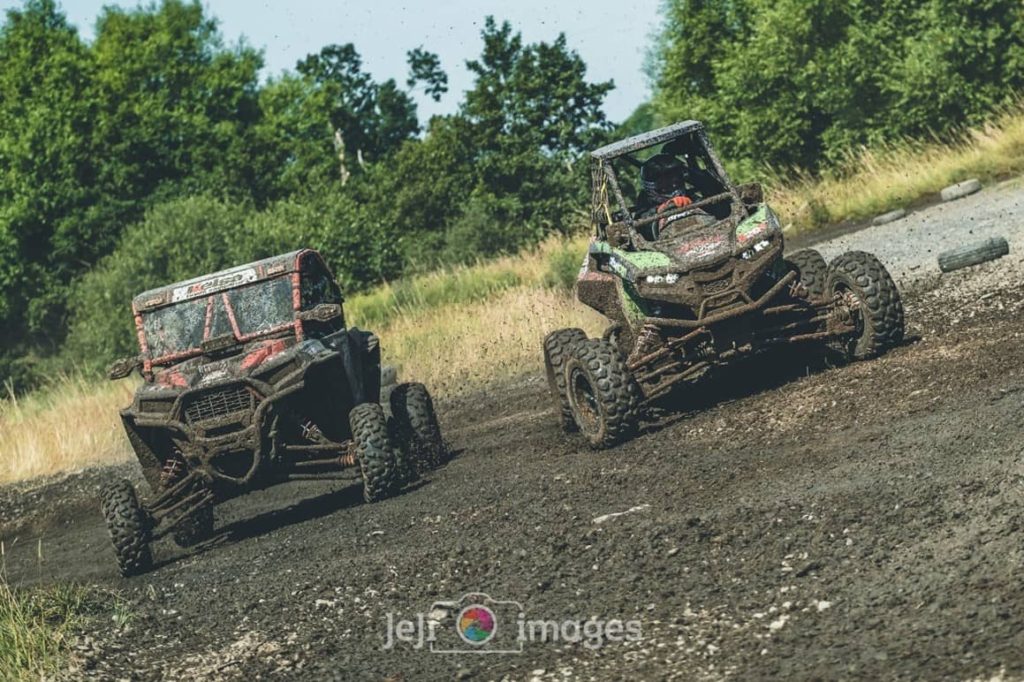 This one was a cracker! Lewis Scotney led from the front and looked able to hold off the pushing Priestwood however a perfectly timed Joker lap by Mack seen the top spot his. A battle all the way to the line with Mack Priestwood taking the chequered flag giving him the race and class win. It was great to see the other competitors getting out the way of the dualling front two as the racing was fierce all day. Well done to the others drivers involved. Andrew Watson pipped Carl Day to third spot followed home by the other two very competitive hires of Nicky Gibson and Gavin. Mathew Gilchrest finished a strong day’s racing with a seventh spot beating Simon Medleycott and Richard Scott. The Grid for race three was closed off by the final finishers Jason Medleycott, Darren Longdon and the unlucky Mark Scotney.

That marked the end of an amazing days racing for the Rookie Class well done to everyone involved. It is also worth noting that we were just a few laps away from seeing all three youth graduates on the podium this weekend which is great to see. This proves to all that the Youth Class really is a breeding place for future Champions.

This was always going to be fierce and that it was. Mark McCann nicked pole from William Buller in second spot split by only two tenths of a second. Tom Fletcher seemed a little off the pace crossing the line to take third spot in a machine that just didn’t seem right. Sean Haran continued his consistent performances beating brother Kevin in for fourth place. Chris McPhee like Fletcher seemed a little off his best only able to score sixth place ahead of the Youngster Cameron Macdonald closing off the grid. Another great session from the Expert Class with lots more to come from many of them. 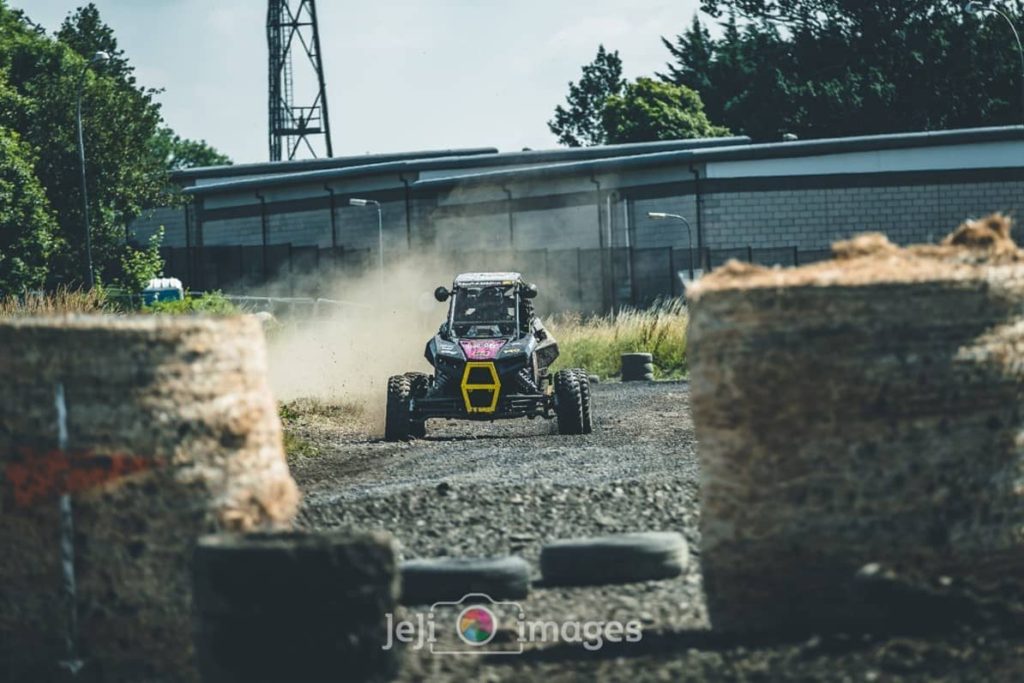 Race one was a cracker with lots of passes on track and a big flip in grid positions. That’s is unless your Mark McCann who led every lap of the race on his way to the race one win. William Buller held second spot throughout but was unable to bridge the gap to first place. Chris McPhee after a machine changed jumped up the field to third proving again that he is able to mix at the very front of this the premier class. Tom Fletcher crossed the line an uncharacteristic fourth still unable to nail down his machine issues.  Sean Haran took fifth spot with Cameron MacDonald marking the last of the finishers. Another great race setting up a strong race two between the best in the game. 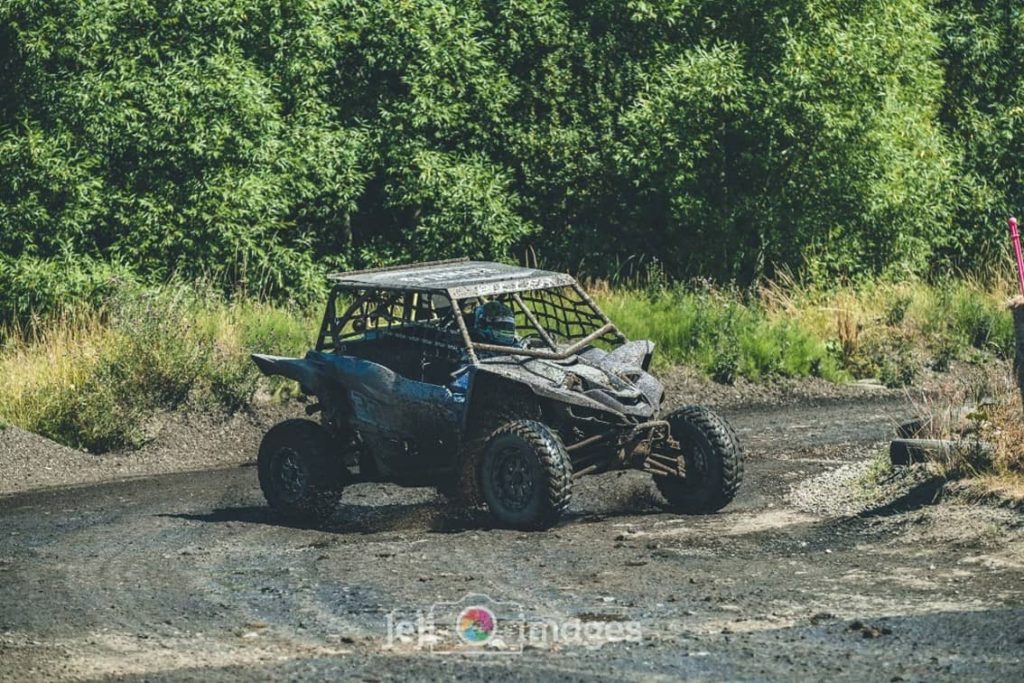 This race again seems machine changes and adjustments as the whole pack looked for more pace. Again, Mark McCann was consistent taking the race win again, however his main Championship rival joined him at the front of the pack after a puncture for William Buller seen him tumble down the field.  Second place for Tom Fletcher keeping the points gap under control. Sean Haran jumped up to take third spot again proving his pedigree to mix at the top. Chris McPhee crossed the line in fourth spot another solid drive from the Scotsman. Kevin Haran recovered after his poor race one luck to take fifth place with Cameron MacDonald closing off the back of the pack. 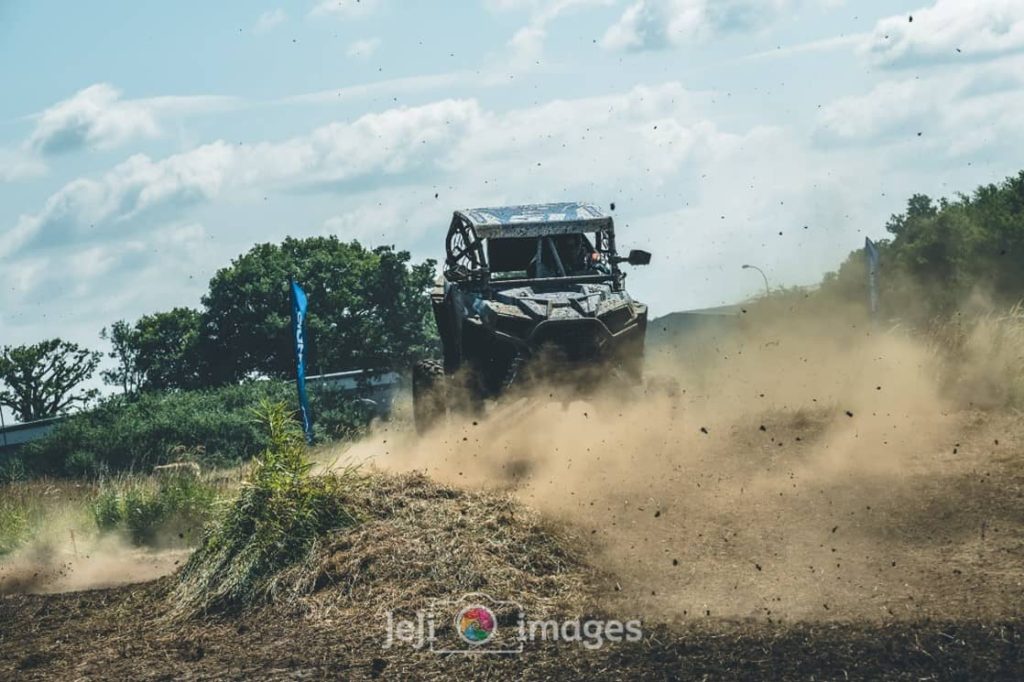 The clean sweep was on! Mark McCann needed just one more race win to seal the perfect day and that exactly what he got.  Tom Fletcher pushed hard to keep him on his game but was unable to stop Mark getting six out of six race wins. Well done to Mark this is a great achievement in such a competitive class.  William Buller recovered from an unlucky race two to climb up to third place using the joker lane to perfection to create some clean air to push hard in to. Chris McPhee again came home a solid fourth but everyone is well aware there is more in the tank from Chris as a driver. Sean Haran slipped to fifth as Cameron MacDonald held of Kevin Haran who closed off the grid. 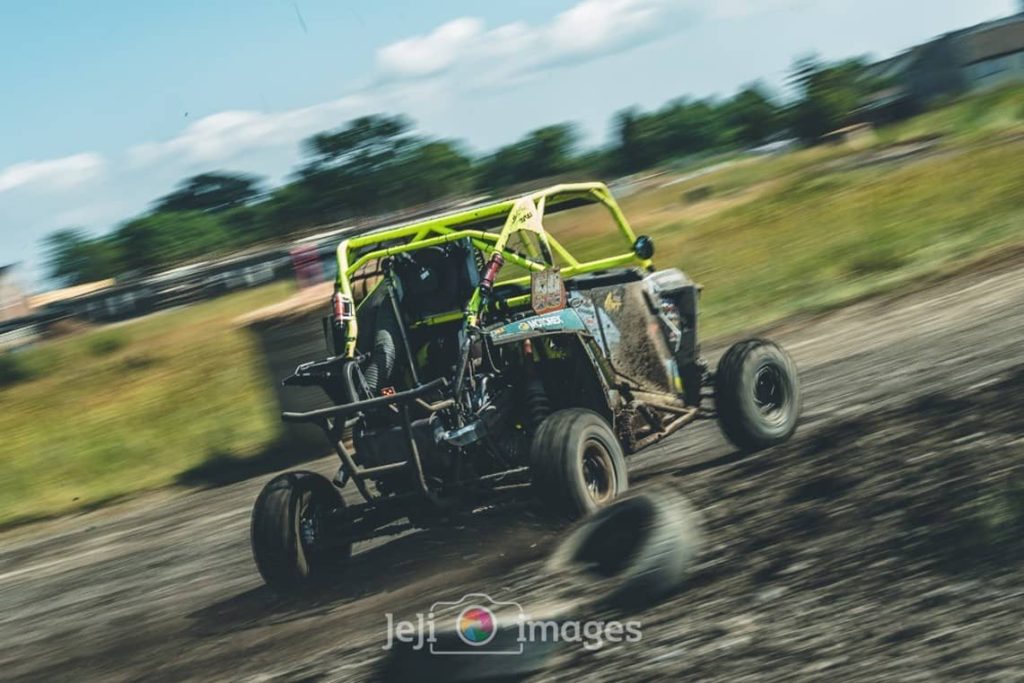 Another great day’s racing from the expert class which was a pleasure to watch. Well Done everyone.

As always, we would like to thank everyone who made the event possible. Our Title Sponsors Polaris UK. All our class sponsors. Our event hosts the Buller family. All the track and support staff and most importantly all the competitors that the made the racing a truly great day.

This weekend everyone said goodbye to Aaron Stammers one of the mechanics on the SXS Team. The Memorial lap featuring all cars on Sunday morning was a truly inspiring tribute to one of life’s “Good Guys”. Aaron will be sorely missed by all the team and competitors in the Championship. Thank you all for taking part and for your generosity in the collection for Aarons family. 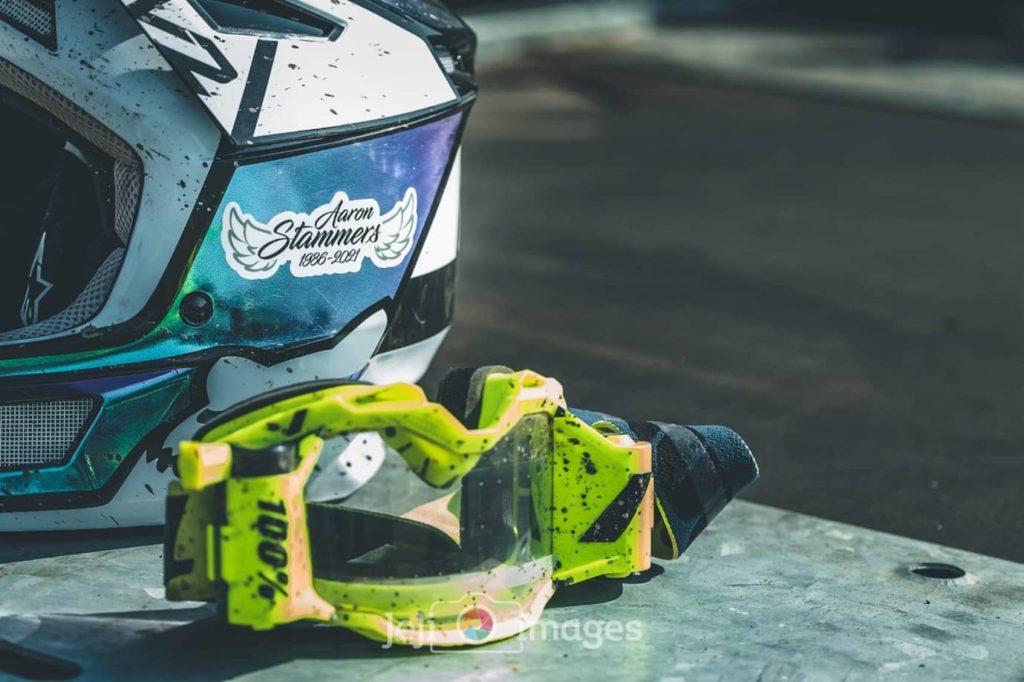