This weekend saw the arrival of the SXS Championship to Neuadd Farm, a massive favourite with all the drivers. Big air and power hill climbs all over the track promised to deliver good racing and the arrival of the RS1 added some extra spice. The youth racing on Saturday cleaned the surface up nicely but then right on cue the rain came. The poor weather was forecast and most had planned for it, so there were no surprises for the majority of the paddock. We were set for another long-wet day but the racing would heat things up.

This session is always a very important part of any Neuadd farm race and this weekend it was no different. Jason Rowlands and Paul Severn seemed to have the early pace but four laps in Paul Rowlands jumped to the top of the stack and that’s where he stayed. Mark McCann was more calculated with his pace and made spaces to drive into, allowing him space on track to grab second in front of Paul Severn in third. Shaun Jenkinson the class leader was consistent and able to grab fourth, a critical move if he is to hold onto the top spot in the class. Jason Rowlands dropped of into fifth followed in by the first of the rookies Jason Bird. Nathan Bath chased Jason Bird in, split by the smallest of margins to grab seventh place ahead of team mate Miles Radburn. Mike Grounds took the grid for his first ever SXS Race and finished a respectable ninth place beating several more experienced drivers home. Andrew Postlethwaite the rookie class leader seemed to be a little off his normal pace back in tenth, something he would have to put right in the races. James Bushell secured eleventh spot followed in by Joe Robinson and Dave Riley closing off the back of the grid. We were GO for race one. 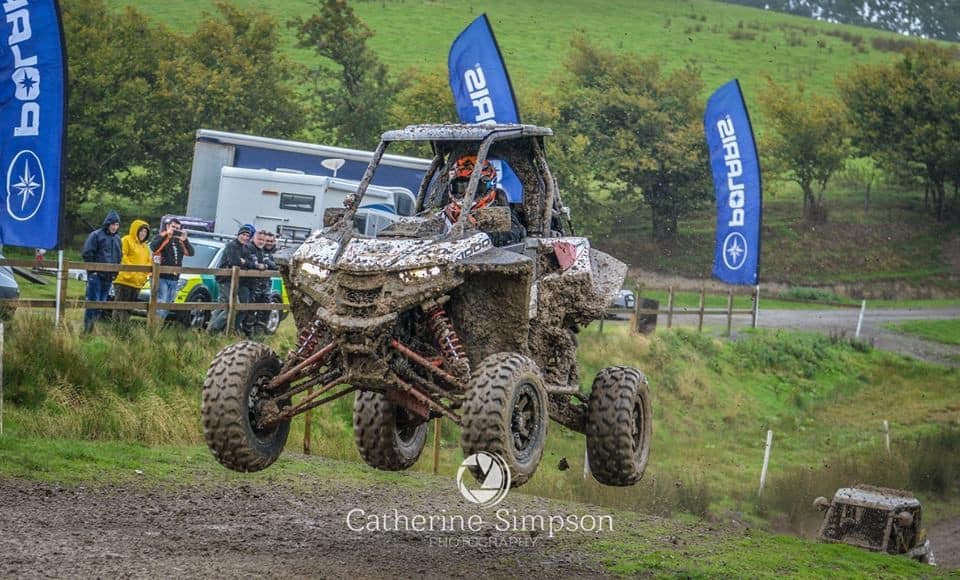 Race one got away clean and quick with the front runners locking wheels from bend one. Mark McCann threw everything at Paul Rowlands early on but Paul was able to build a small gap and hold on for the race one victory. Mark McCann was forced to settle for second but would be going hard in race two to climb to that top step. Jason Bird climbed steadily through the field to take third and the first Rookie home. Shaun Jenkinson secured a critical fourth spot against championship rival Jason Rowlands in fifth. Andrew Postlethwaite was next home in sixth followed home by James Bushell and Paul Severn who was struggling with mechanical issues. Miles Radburn bagged some useful team points back in ninth with Mike Grounds the last of the classified finishers. 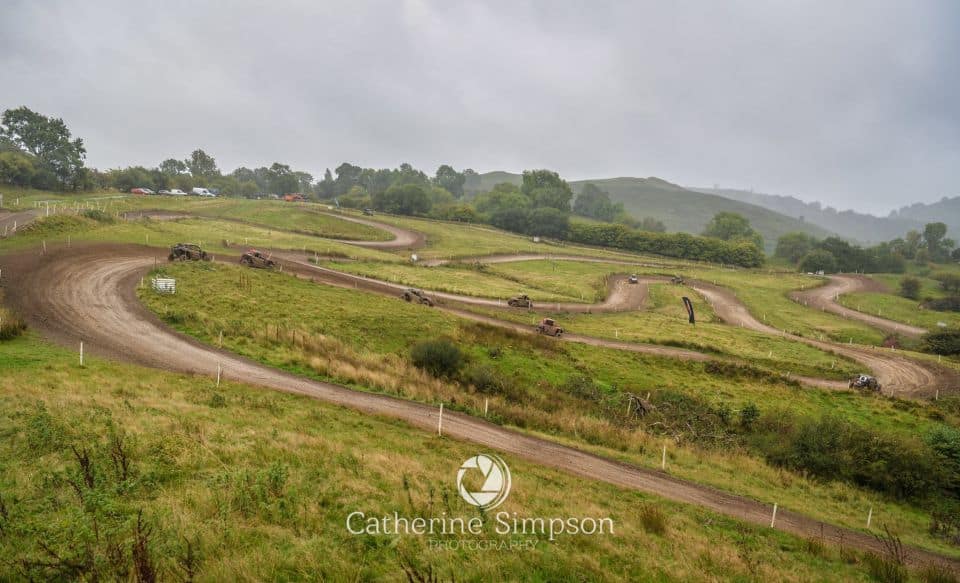 Race two saw more of the same at the front of the pack, as Rowlands defended the top spot from the attacking McCann. First and second spots were theirs again. The majority of the battles were in the middle of the field with Jason Rowland’s moving through to third spot ahead of the charging rookie Andrew Postlethwaite in fourth. Once again Shaun Jenkinson’s consistency was rewarded with a solid fifth place. Jason Bird and passenger Paul Blackford dropped off slightly crossing the line in sixth setting up a nice battle in race three with the flying Andrew Postlethwaite. James Bushell and Miles Radburn were next home in seventh and eighth bagging again more points for their respective teams. Dave Riley improved from the back of the grid up to ninth with Joe Robinson and Mike Ground marking the back of the classified finishers. 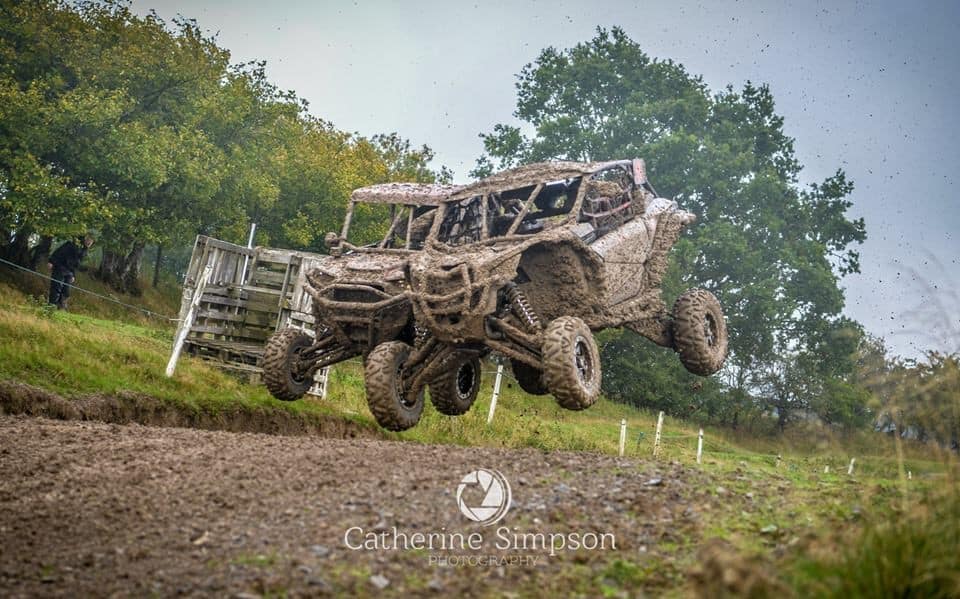 Race three saw a switch at the front as Mark McCann used a perfectly times joker lane to take top spot. Paul Rowland’s was caught out by a sideways back marker settling for second but the overall win on the day. Jason Rowland’s kept third spot with Shaun Jenkinson grabbing a Championship critical fourth. Jason Bird and Paul Blackford won the Rookie war beating Andrew Postlethwaite to fifth and sealing the class win on the day. Dave Riley chipped away crossing the line a respectable seventh as Joe Robinson and Miles Radburn closed off the back of the grid.

A great day of racing for the Open Class setting up a grand finale at the final round.

This class has been a battle all year and this weekend was set to be no different. All the big hitters were present and the battle for the front was on. Kieran Weaver was the first to strike and grabbed pole with a fantastic lap early in the session. Chris McPhee took second spot setting up another dual at the front with every point critical at this time of year.  Mathew Hall saw his first trip to the grid a successful one as he manged a solid third spot splitting some of the championship contenders, a great first day from Mathew setting up an interesting final round. Scott Fisher suffered from an incorrect tyre choice and struggled to find any real pace early on, fourth was the best he could mange in a very frustrating session for the class leader. Cameron MacDonald was a strong fifth with Sam Lloyd sixth in the only nine hundred to take to the grid. Gary Gravell took time adjusting to his new equipment and seventh was the best he could muster followed home by Timothy Prior who closed off the grid. A strong session setting up a great battle in race one. 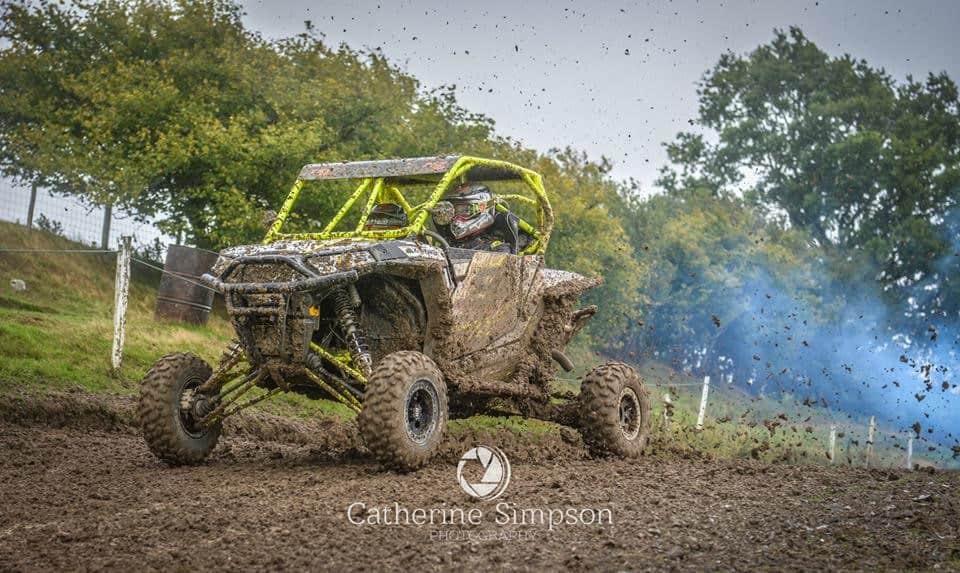 Race one saw Chris McPhee strike for the front and grab it with both hands, race win was his as the Flying Scotsman got the better of rival Kieran Weaver in second. Mathew hall confirmed his potential with a third place finish followed in by the still struggling Scott Fisher in fourth spot. Cameron MacDonald remained constant in the worst of conditions to take fifth, a solid result for one of our youngest senior racers. Gary Gravell seemed to be getting the hang of his new machine as his lap times steadily improved through out the session. Sixth place was his and the last of the classified finishers. Race two was set to be another battle and it didn’t disappoint. 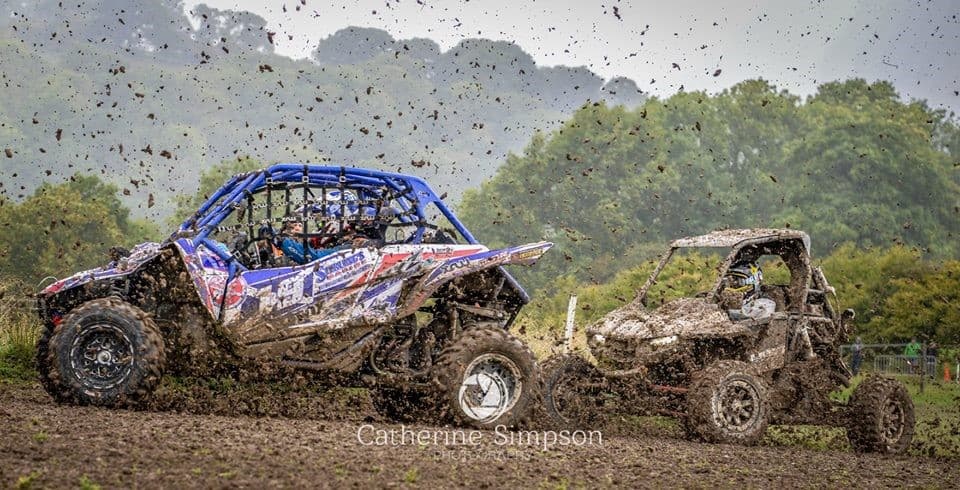 Race two saw more of the same from Chris McPhee, breaking from the front and never looking back. Top spot was his with a fantastic drive, even with a machine that seemed ready to call it a day. Chris was having none of that and pushed the machine to its limits and probably beyond to earn the well-deserved win. The battle was very much behind him and Kieran Weaver saw Mathew Hall spoil his party by beating him to second spot with a well-timed Joker lane. A great move by Mathew throwing a real cat amongst the pigeons with the Championship leaders. Cameron MacDonald’s consistency was again rewarded this time with a fourth place finish beating Gary Gravell, the final finisher to the line. Scott Fisher the class leader had another tough session with a mechanical DNF making his day even more challenging.

Race three saw a depleted field take to the grid, with leader Chris McPhee the most critical absence. Kieran Weaver took full advantage of this using a great Joker lane to jump Mathew Hall for the lead and the overall class win on the day.  Gary Gravell moved up the pack to take the third spot followed in closely by Cameron MacDonald. Scott fisher saw his bad luck on the day continue another mechanical issue and his lead at the top of the class diminish. What a finale this class is set for. 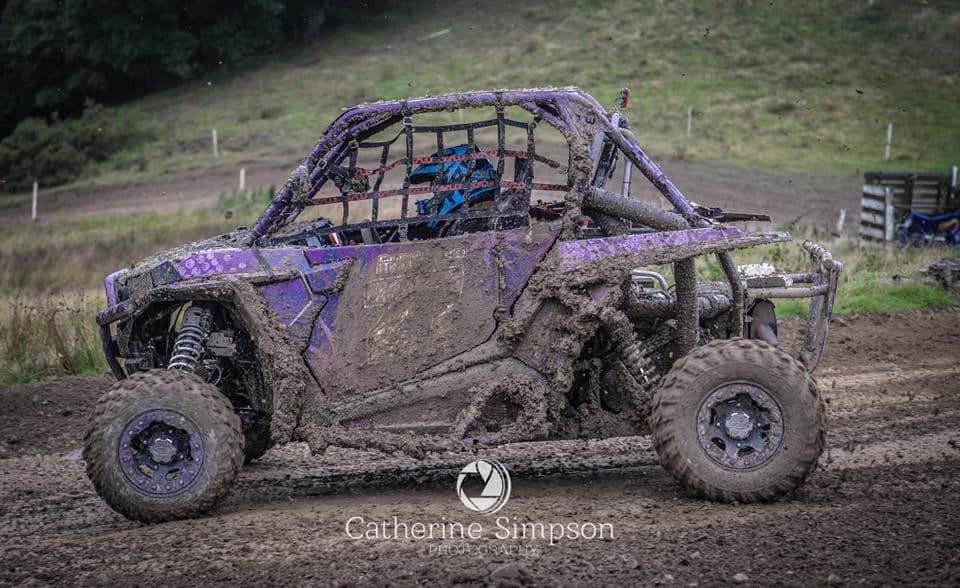 As always, this class never disappoints. Mark McCann put his back injury firmly behind him and used the track knowledge from his earlier session to secure pole early. Paul Rowlands was next home in second spot beating Richard Avis in third by less than three tenths, showing just how competitive these sessions are. Tom Fletcher struggled to find pace in this the first session of the day and had to settle for fourth in front of team mate Bailey Edwards in fifth. Robert Lloyd secured fifth place on the grid with Adrian and Callum Loveridge closing off the back of the grid. 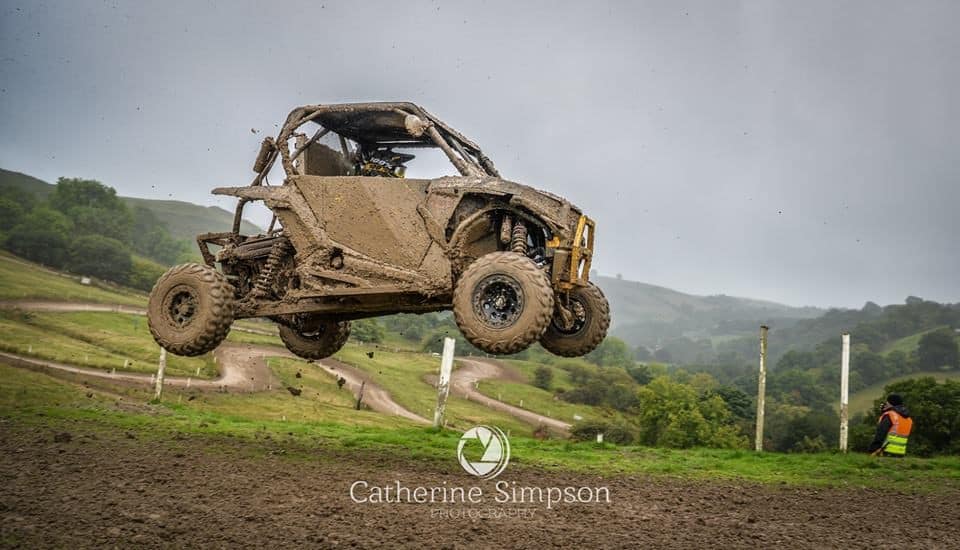 Race one saw Mark McCann confirm his pace at the front, a solid race with some great driving saw Mark battle hard with Tom Fletcher for the race win. A great race to watch with clean passes from both drivers setting the tone for the rest of the day. Paul Rowlands took third place, a solid result in a machine he is not yet totally familiar with. Richard Avis settled for fourth place with Bailey Edwards fifth appearing to be struggling with his brakes. Robert Lloyd and Adrian/Callum Loveridge closed off the back of the field for what at that point was race of the day. 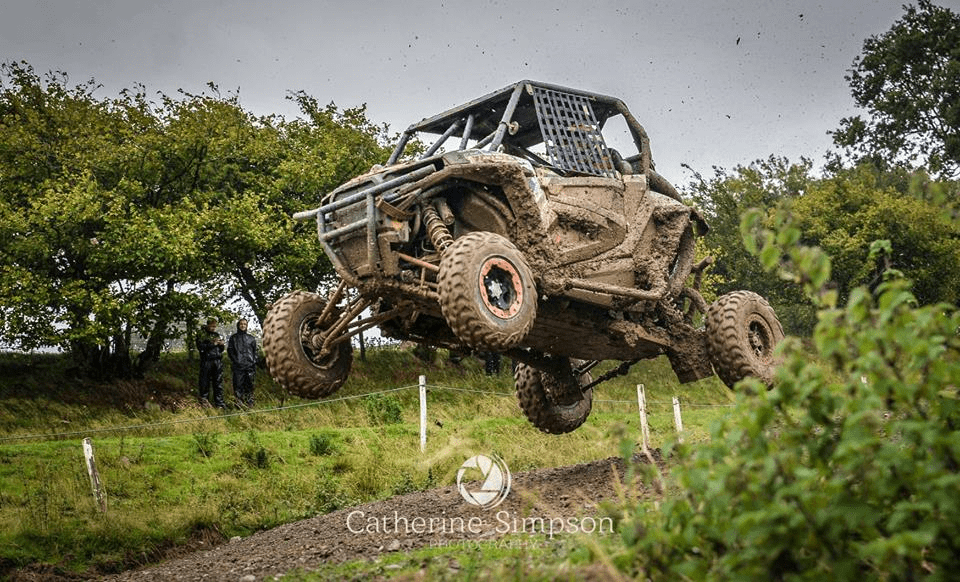 Race two saw things get a bit too close. Mark McCann and Tom Fletcher touched in an early corner which saw Tom out of the race and set Mark off to secure the race win. Richard Avis took full advantage of the opportunity and crossed the line in second place scoring what could be critical Championship points. Paul Rowlands was third home followed in by Robert Lloyd. Adrian Loveridge and Bailey Edwards closed off the back of the field. Race three was set to be tense as the Championship lead swung in the balance. 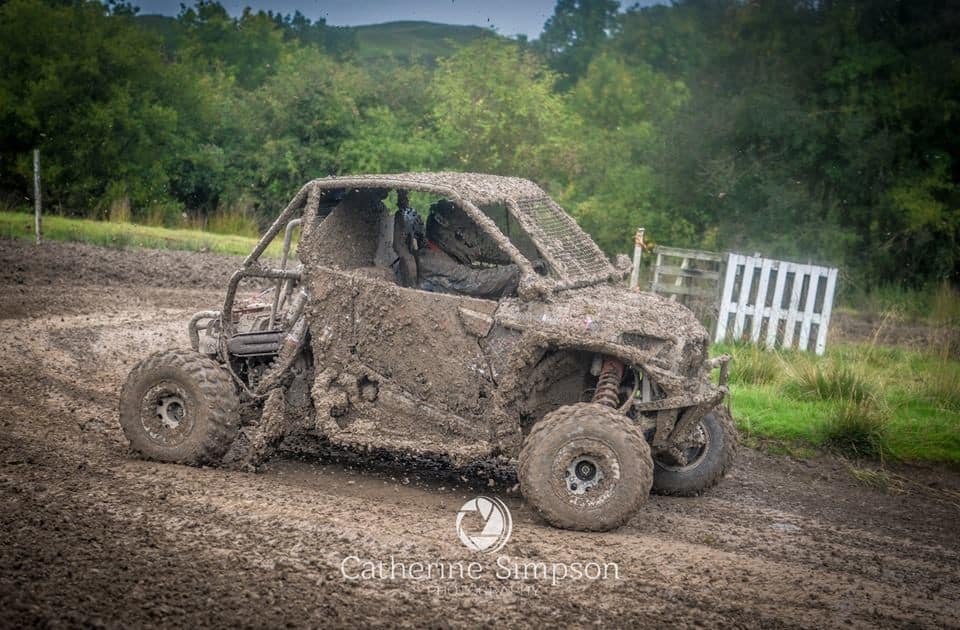 It was crunch time and you could sense it on the line. Mark McCann looking for the full house and the remainder looking to secure every point possible. Mark McCann did just that and lead the race from start to finish securing the clean sweep on the day. The battle behind was much more intense, Tom Fletcher came from the back of the pack charging through to take second spot a result that could be critical in the final round. Richard Avis was wise and kept himself out of trouble crossing the line in third spot but taking the Championship lead going into the final round. Robert Lloyd drove his heart out to fourth beating Paul Rowlands in fifth with Bailey Edwards the final finisher.

A massive well done to all the 1000 experts for another great display of racing. This is going to get tense!

Full standings for all classes can be found HERE.

As always, a huge thank you to everyone who made the event possible. All the class and Championship sponsors the staff and all the racers who attended.

Special thank you to Paul Rowland’s and the Par Homes team who host the event.

Thank You & see you at the final race