After a very challenging spring saw cancellations galore for all off-road sports, the Polaris British SXS Championship finally got underway. Kirton Off Road Centre was the venue for Round 1, using their new MX track which had never hosted an SXS event before. 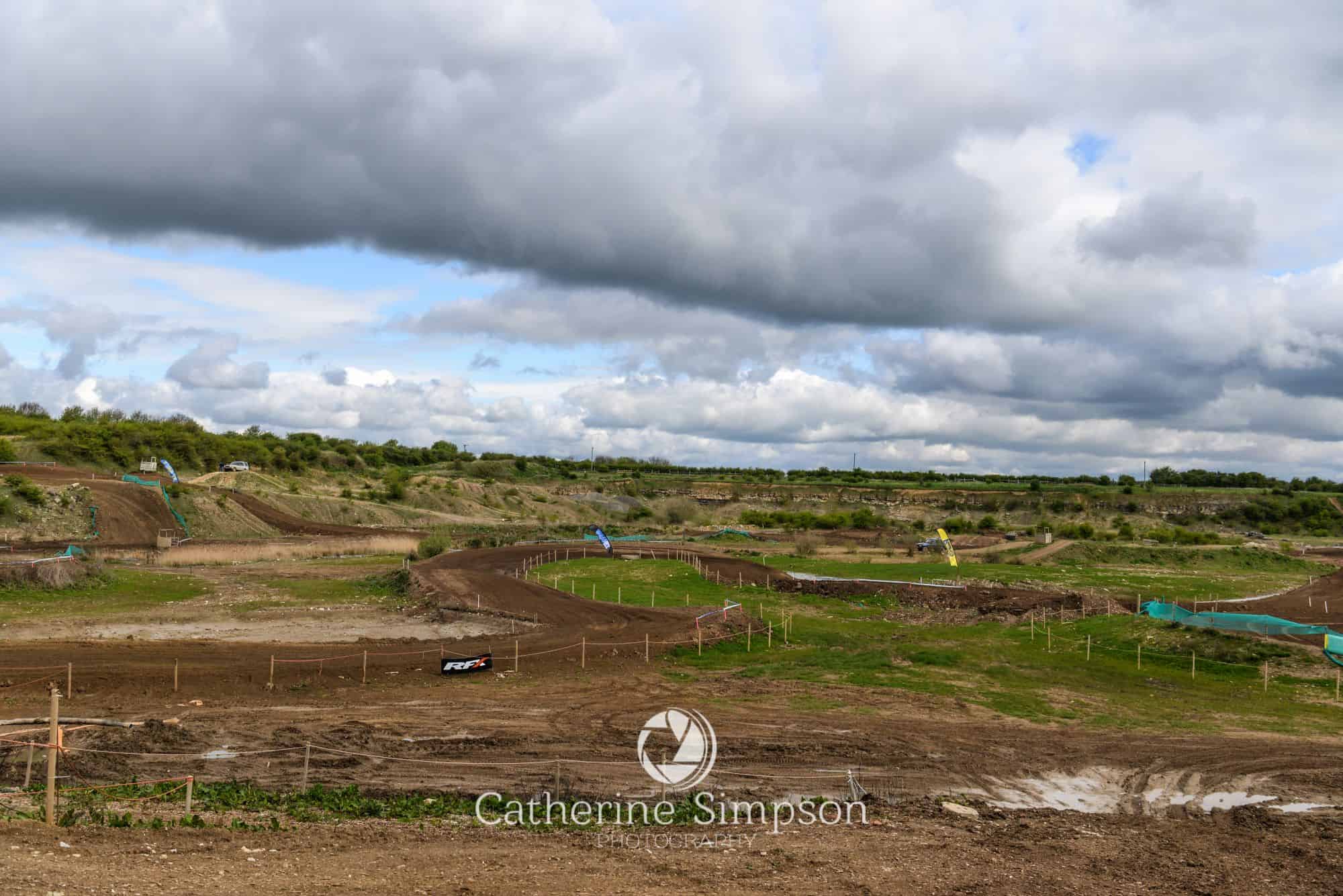 The track build went well and the kind weather helped to create a surface that was about as good as it could be all things considered.  Entry numbers were strong and everything clicked into place late in the week and we were GO for racing.

The Open class was just the right size to get everyone on track together this gave the Rookies a crack at the Experts. A few key names were missing from the Rookie class so it was hard to call a favourite.

In the Experts the battle quickly started at the front with Paul Severn setting a solid bench mark early which nobody could match. Pole for the 2017 Champion followed in by Paul Rowlands then son Jason. James Bushell lead the way for the rookies and out qualified at least one expert in his first ever SXS event. Jason Bird and Paul Blackfold grabbed 2nd missing out on the lead by the smallest of margins with Nathan Bath securing 3rd. The cat amongst the Pidgeon’s was Shaun Jenkinson putting his 1000 up against the turbocharged machines in a late class move, he grabbed 4th which is impressive given his power deficit. The grid was set for race 1.

A battle from the line was always inevitable with the top three the way it was. Paul Severn broke clean and held 1st in the early laps. Paul Rowlands was all over his back bumper and seized the opportunity to take 1st when Severn left the door open. A classic Rowlands move sticking his buggy through a hole may wouldn’t have seen. This remained the order with Paul Severn unable to retake the lead so settled for 2nd. Jason Rowlands topped off the first three with Harry MacDonald 4th. Jason Bird and Paul Blackford lead the way for the Rookies with a consistent drive from the Birdman. Andrew Postlethwaite scored 2nd in his first race followed in by James Bushell.  A solid first race for the Open Class with some strong performances from first race rookies. 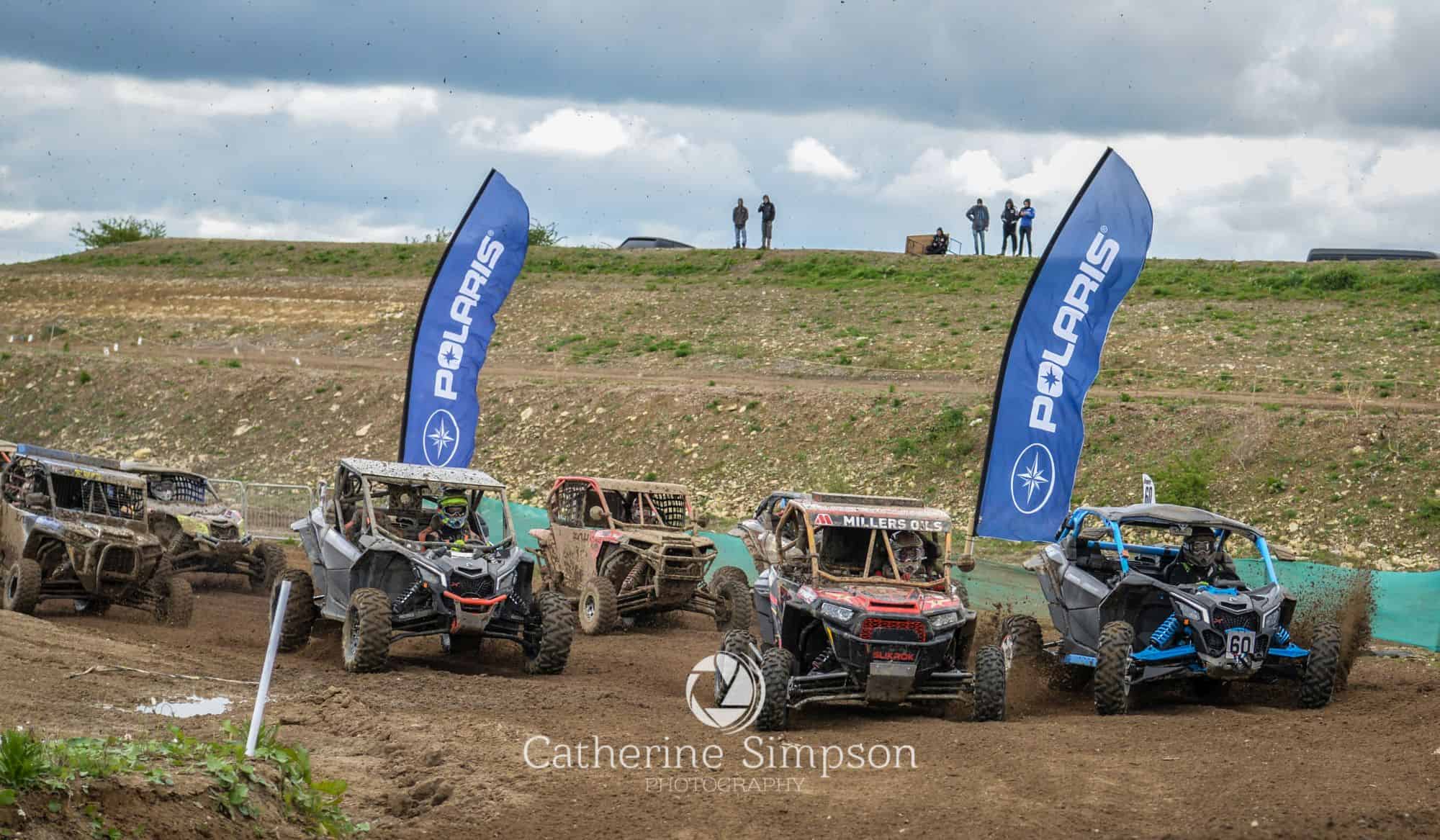 Once again, the stage was set from the line but luck, or lack of it would have its say in this session. Paul Rowlands lead off the line but Jason Rowlands and Paul Severn were not for making it easy. The battle for the podium spots went on lap by lap with some fantastic moves throughout. Early mechanical problems saw Paul Severn retire after setting his fastest lap which opened the door for the battle to commence. Jason Rowlands fought his way to the front and Shaun Jenkinson moved up the field to snatch 2nd. Paul Rowlands fell back from first place and managed to hold 3rd after some classic battles with his son and Shaun. Jason Bird and Paul Blackford again took the rookie win followed in by youngster Joe Robinson who used a cool head to move through the field. Andrew Postlethwaite grabbed a podium spot with another sound performance.

Race three saw a depleted field after a red flag incident caused a rerun, this put Shaun Jenkinson on pole with Jason Rowlands and Paul Severn mounting a charge from the back. Jason Rowlands seemed set for the win until a trip on to his roof saw the race open up again. Paul Severn battled from the back to pass Jenkinson when once again his earlier mechanical problems returned to haunt him. This released Shaun at the front to bring home the race win. James Bushell took the win for the rookies and a second place on track followed in by Miles Radburn for third. Joe Robinson took 2nd in the rookies with Andrew Postlethwaite 3rd. A solid race for the class with some mixed results for some of the big names. As always, the field for this class was stacked with Champions galore lining the field. Qualifying was anyone’s, with any of the top 5 tipped for the front. Tom Fletcher the current champion picked up were he left off in 2017 nailing pole on only his second lap with the fastest qualifying lap of any class on the day. Richard Avis battled hard for 2nd but just couldn’t bridge the gap. Paul Rowlands secured 3rd just six tenths of the second spot. Bailey Edwards was the fastest of the newcomers to the class grabbing 7th, a good performance in a field so strong. Josh Hope also managed to steal places off some of the experienced experts, a warning shot for things to come maybe. A great session overall showing just how tight this class is.

The top three was decided form the line with Tom Fletcher breaking away and leading from lap 1. Richard Avis held off the challenge of Paul Rowlands early to grab 2nd. Mark McCann and Jayne Ind moved up the field to 4th. Gary Tarrant was the fastest of the new crop finishing 8th. Some fantastic midfield battles throughout as Joe Bennett, Lewis Fletcher and Claire Avis tussled for position. A great start to the 1000 Expert race season with a dominant race from the 2017 Champion. Once again, this race was won from the line as Tom Fletcher broke away with nobody able to catch him. Lots of nudging and rubbing in the early laps but the top four remained the same as the experience shone through. Tom Fletcher took the win followed in by Richard Avis then Paul Rowlands, Mark McCann and Jayne in rounded off the top 4. Josh Hope was the fastest newcomer grabbing 8th from some of the more experienced Experts. A great display in this race of how to defend positions and cover lines, a great race to watch.

Tom Fletcher’s dominance continued once again leading every lap, Richard Avis hung onto his coat tails again but couldn’t challenge the current champion for the win. Mark McCann and Jayne Ind took the 3rd spot with Claire Avis scoring her highest finish of the day for fourth. Again, Josh Hope was the fastest newcomer with a 6th place finish proving he can mix with the best.  Some border line racing in this racing proving the passion of the drivers as they battle for every place. This class was blown right open when several of last years rookies moved up to the Expert Class. Nobody could really pick a favourite and there were several drivers to keep an eye on. Rob Tunnah nailed the fastest lap of qualifying 5 laps into the session a full 2 seconds faster than his rivals. Chris McPhee and brother Mark took 2nd and 3rd with newcomer Gary Smith 4th.  It really looked like it could be the one to watch as several names could take the win.  Anthony Hope took 5th with another solid performance for a first-year rookie setting up a great race 1 for all.

Its seemed Rob Tunnah was really in the mood as he leads from lap one, the McPhee brothers chased but could not get close so a sibling battle settled 2nd Mark and 3rd Chris, a fantastic drive from Chris after being left stationary on the start line. Anthony Hope moved up to 4th with Gary Smith 5th. The surprise of the session was Scott Fisher taking the only 900 in the field to an 8th place against the more powerful 1000s. Again, a very entertaining race watch Rob charging to the win and Chris moving through the pack. This race looked like it would be more of the same as Rob Tunnah blitzed to the lead. The McPhee brother battled hard behind but couldn’t close the gap. Then disaster struck and Rob Tunnah was left trackside with mechanical problems leaving Chris McPhee to take the race win. Mark McPhee followed his brother in for 2nd with Anthony Hope 3rd. Once again Scott Fisher was the surprise of the session taking 4th place. Rumours of a bigger machine in the pipeline mean he could be one to watch in coming events. Another good clean race so well done the rookies.

The gloves were off in the race as the McPhee brother lead from the front. Rob Tunnah mounted a charge from the back of the grid and was very quickly involved in scraps with the top 4. Chris McPhee held on for the race win with Rob Tunnah beating brother Mark McPhee for 2nd. Anthony Hope rounded off the top 4 with Scott Fisher grabbing 5th. Another great race from a class that now has everyone’s attention. Well done to everyone involved a great day’s racing. 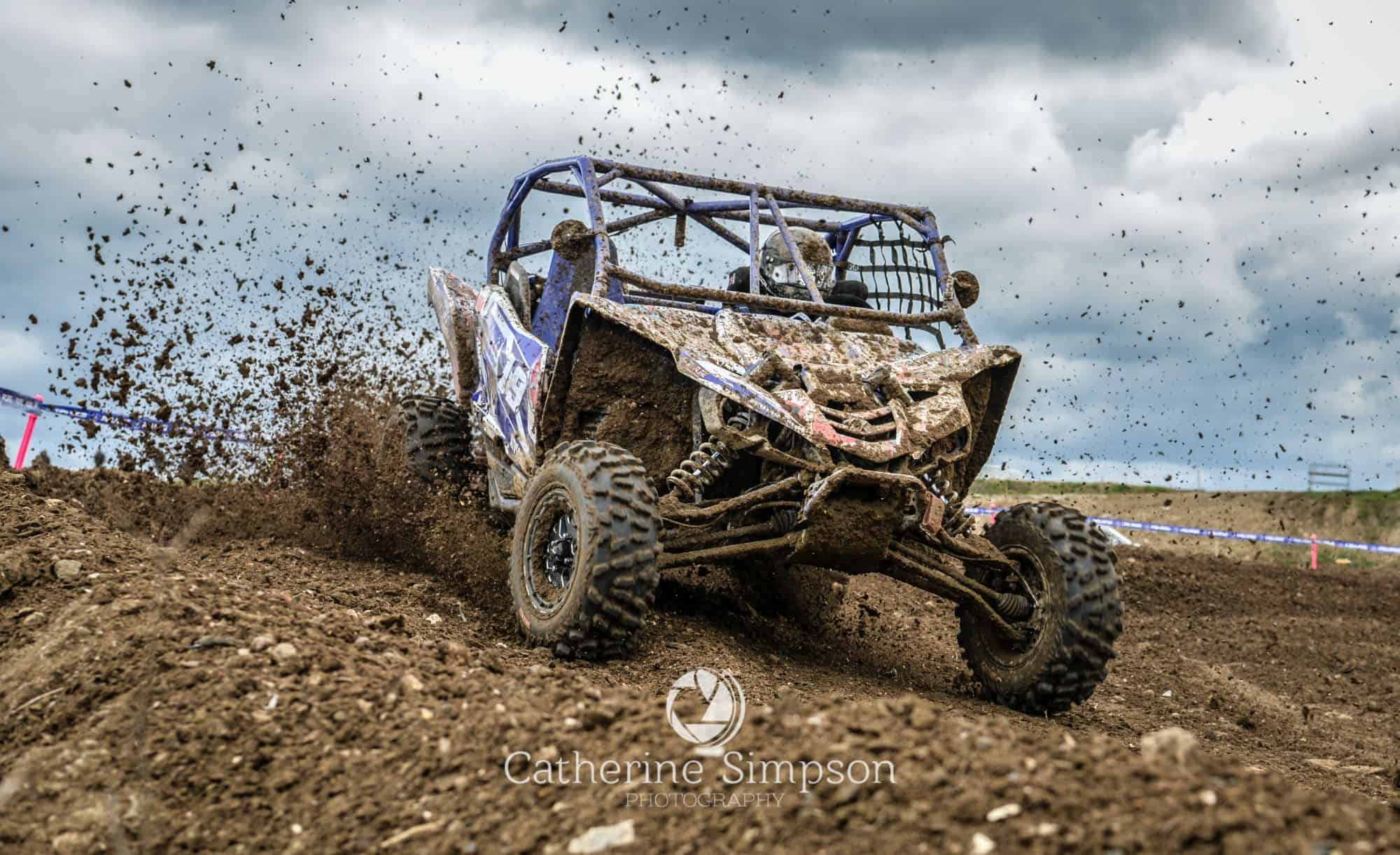 A massive thank you to the team at KORC Sport and everyone who made the event possible.

Special thanks to all our 2018 sponsors.

Everyone at SXS Racing would also like to send their love to Carolyn and Mark Rushton at this difficult time.

See You Next Time!