Last weekend saw SXS Racing arrive at a new venue, Bromyard MX, for round 4 of the Polaris British Short Circuit Championship. The track prep went well but yet again the weather hung over us as heavy rain as forecast later in the week. The track came together nicely, we had done everything we could to make the event happen, it was over to the weather.

Come race day we had been on the receiving end of about 12hrs of rain and the track was really touch and go. The decision was made to delay the start in the hope of a break in the weather and luckily this worked nicely. Once the rain had broken the cars were sent out onto track to strip the loose off the top and see if the track was raceable underneath, again luckily this was a good call and a good racing surface was unearthed. Time was now against us but we were go for racing.

The first session of the day saw a return of the big power turbos. Paul Severn threw down an early marker that nobody could come close to, pole was secured and the perseverance of Paul with his engine finally paid off.  Dave Riley followed him in with a solid lap but still almost five seconds off the leader’s time. Paul Rowlands took third spot but was again plagued by machine failures which left him wondering what could have been. Andrew Postlethwaite was the first of the Rookies home and could be heard shouting as he enjoyed the jumps and wet conditions. Shaun Jenkinson took a more cautious approach and was only able to take fifth with Andy Bennetts close behind in sixth place. Nathan Bath was the next of the rookie class home, holding off the expert Jason Rowlands in eighth and Miles Radburn ninth. James Bushell and Joe Robinson rounded off the field in tenth and eleventh spot. Paul Severn was always going to be the man to catch after his qualifying time lead the way, breaking clean from the front he was not to be caught and secured race one unchallenged. The men on the move were definitely Shaun Jenkinson and Jason Rowland’s moving from their modest qualifying spots through the field to take second and third spots. Andrew Postlethwaite was the Rookie leader taking fourth place but Nathan Bath wasn’t far behind in fifth will lap times split by the smallest of margins. James Bushell again was a man on the move coming form the back of the field through to sixth place, a solid performance from James. Miles Radburn and Joe Robinson were the final finishers home with the remainder suffering mechanical issues. A good session, setting up a good race two, unless of course your Dave Riley who forgot to Joker, trip to the back of the pack for Dave. Race two saw more of the same from Severn, getting away clean from the line and leading the entire race, finally he seems to have his machine dialled in.  Shaun Jenkinson again chased but couldn’t close the gap, grabbing second spot. Nathan Bath had a great racing moving through from fifth to take third place and the first-place rookie. Jason Rowland’s seemed to be struggling with grip and was only able to take fourth spot. Andrew Postlethwaite was a little up and down in fifth spot but was able to hold off Dave Riley in sixth even after some good attempts at Joker lane passes. Miles Radburn was next home for the experts with Joe Robinson close behind with the remained failing to finish. Race three saw a slightly depleted field after some machine damage from previous races saw some cars withdrawn. This had no effect on the top two with Paul Severn and Shaun Jenkinson securing the top two steps for the day. Dave Riley managed to repair some damage by moving from last on the grid race two to third place race three. A good day for Dave had the Joker not had his laugh. Nathan Bath showed nerves of steel with a huge jump off the start to try and move up the pack but fourth was his best on this occasion enough for the rookie top spot. Miles Radburn took fifth spot with Joe Robinson and Andrew Postlethwaite closing off the grid.

A good days racing for the open class setting up a good run to the line in both classes.

This was another class that was always going to be fiercely contested as all the Championship contenders took to the line. Scott Fisher drew first blood and continued his good run of form to take pole. Ant Hope one of the classes dark horses took the second spot split by only half a second setting up a great start line battle for the front two. Kieran Weaver grabbed third spot with Chris McPhee in fourth and good battle off the line for race one. Richard burke and Scott Caunce chipped away to take fifth place just unable to bridge the gap to Chris McPhee despite their efforts. Cameron MacDonald and Timothy Prior took sixth and seventh with Alan Curnick closing off the pack. 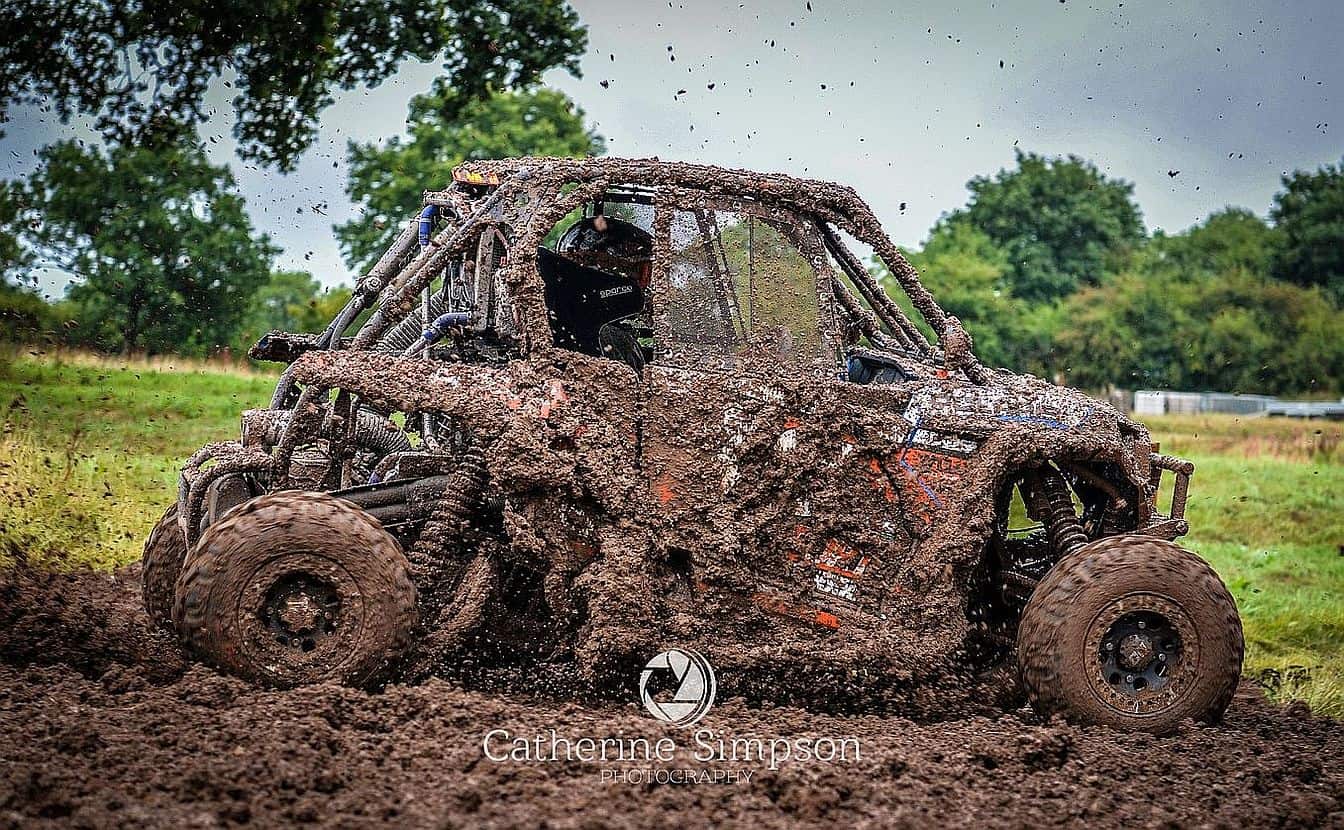 Scott fisher broke clean off the line and lead the early stages but it was clear with DNFs pushing Kieran Weaver up the field that the Joker could be key to this race. Keiran Weaver timed his joker perfectly but it just wasn’t enough to deny Scott Fisher the victory. First and second decided in a great race. Richard Burke came home third setting the fastest lap of the session on the way. Next in was Cameron MacDonald for a strong bag of points for fourth place. Alan Curnick was the last of the finishers after Chris McPhee and Timothy Prior suffered mechanical failures. 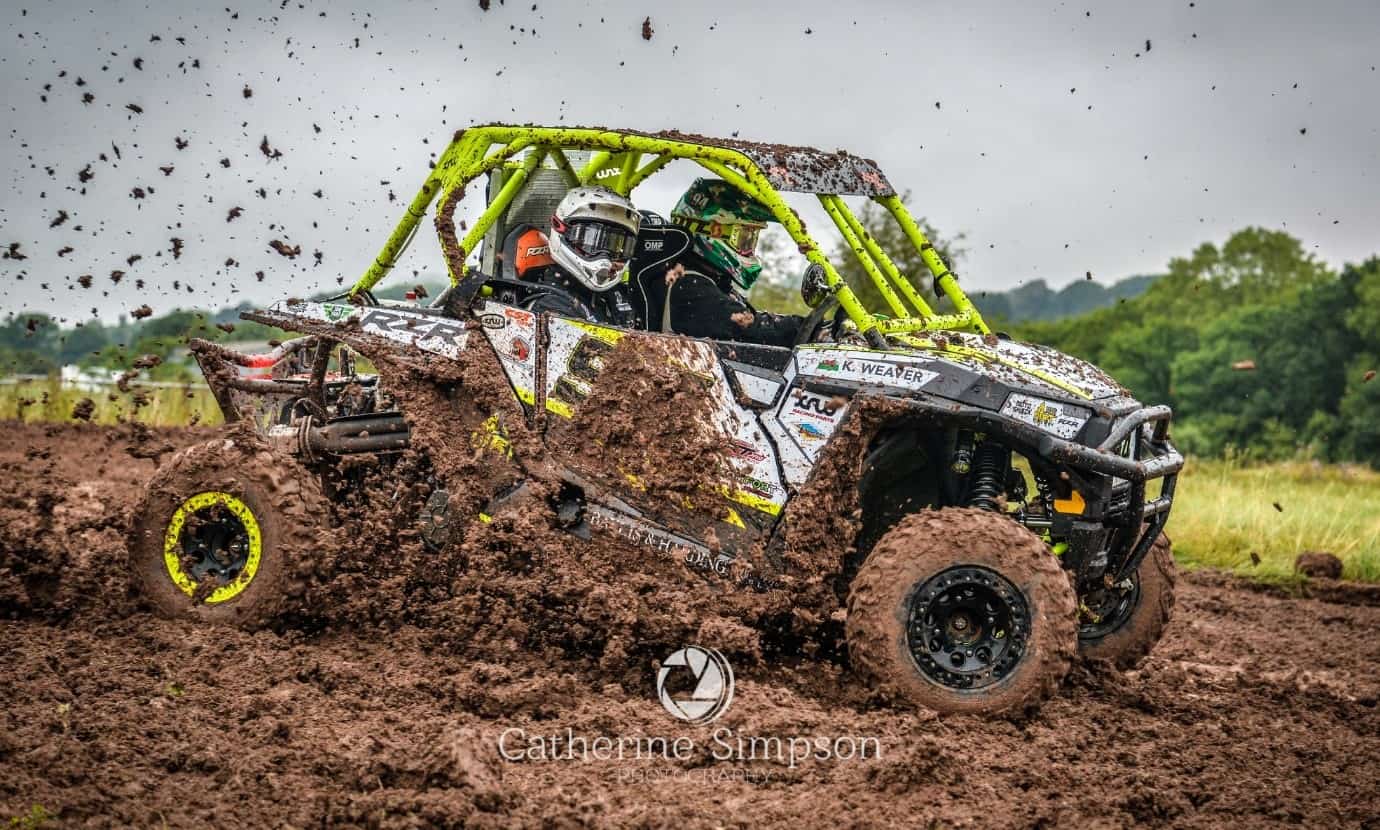 Once again Scott Fischer made pole count and even bold joker lanes couldn’t close the gap. Kieran Weaver took again drove hard but second was the best he effort would yield. Richard Burke made solid progress up the field moving from fifth to third again setting a solid lap time along the way. Chris McPhee having suffered a DNF in race one managed to move up to a frustrating forth as he competes at the top end of the Championship. Ant Hope didn’t have the best day with mechanical failures plaguing him, fifth was his best this time round but his pace should have him further up the field. Cameron MacDonald and Alan Curnick were the last of the two finishers with Cameron setting a lap time equal to fifth place along the way. More to come I think from the young Scot. Race three saw more of the same, Scott Fischer continued his dominance at the front securing the race win and the overall on the day. Kieran Weaver chased Scott home into second in both the race and the overall. Richard Burke again held off Chris McPhee for third spot. Second, third and fourth spot split by less than a second showing just how tight this class is. Cameron MacDonald moved up to fifth spot chipping time off his lap time along the way another good finish for one of the sports youngest drivers. The final finisher home was Alan Curnick with son Joe after what looked like a fun day for them both.

Another massively competitive day for the 1000 Rookies which sees Scott Fisher open a gap at the top of the Championship table, this class really could go to the wire. This is always a fiercely completive class and today was no different. Tom Fletcher set the bench mark on lap three with what turned out to be the pole position time.  Robert Lloyd jumped up the pack to nick second spot with Joe Bennet just over half a second off in third. Bailey Edwards was next home in fourth spot with a good tyre choice favouring as the surface came to his tyres. Richard Avis crossed the line in fifth, with third to fifth all on the same second. Adrian and Callum Loveridge take sixth spot with Josh Hope hot on their heels in seventh. Some good racing seemed imminent with some drivers out of position after qualifying but drama would strike for many of the filed.

The drama of race one was almost instant with Tom Fletchers engine seizing, meaning the end of that machine for the day. Joe Bennett’s capitalised as Richard Avis also struggled with mechanical problems. Race one win to Joe Bennetts and a long overdue trip to the front of the pack greeted with cheers as he crossed the line.  Robert Lloyd battled hard for the win and despite a well-timed Joker lane had to settle for second spot, good enough for race one. Bailey Edwards moved up the field to third spot setting up a push for the front in race two. Adrian and Callum Loveridge moved up to a very respectable fourth after some good on track battles and some great defending of positions. Richard Avis suffered an engine management light early on which ruined any chance of a challenge for his normal top spots. Last home on this occasion was Josh Hope leaving work to do from the back in race two. 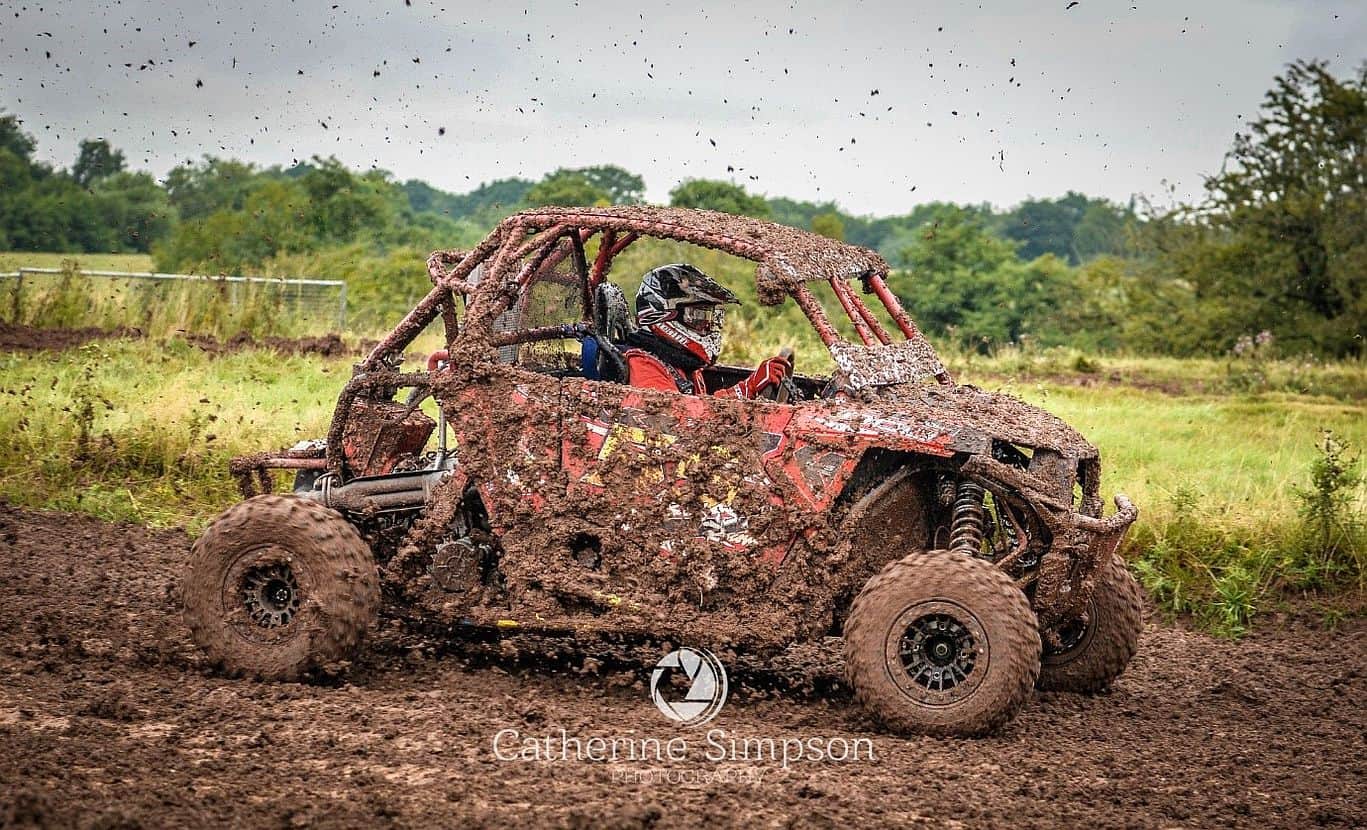 Race two saw the cards shuffle as Joe Bennett’s was unable to make the line after a machine failure. This put Robert Lloyd to the front of the pack a position he was unable to defend as Bailey Edwards charged through for the race win. Tom Fletcher cut through the pack to grab second spot with Robert Lloyd in third spot again great use of the Joker lane by all to help on a challenging track for passing. Adrian and Callum Loveridge again held the fourth spot with some great defensive driving from the father and son duo. Josh Hope crossed the in fifth spot marking the last of the finishers as Richard Avis suffered a rare DNF due to mechanical problems. Looked like a good race there was imminent with nice battles right through the field. 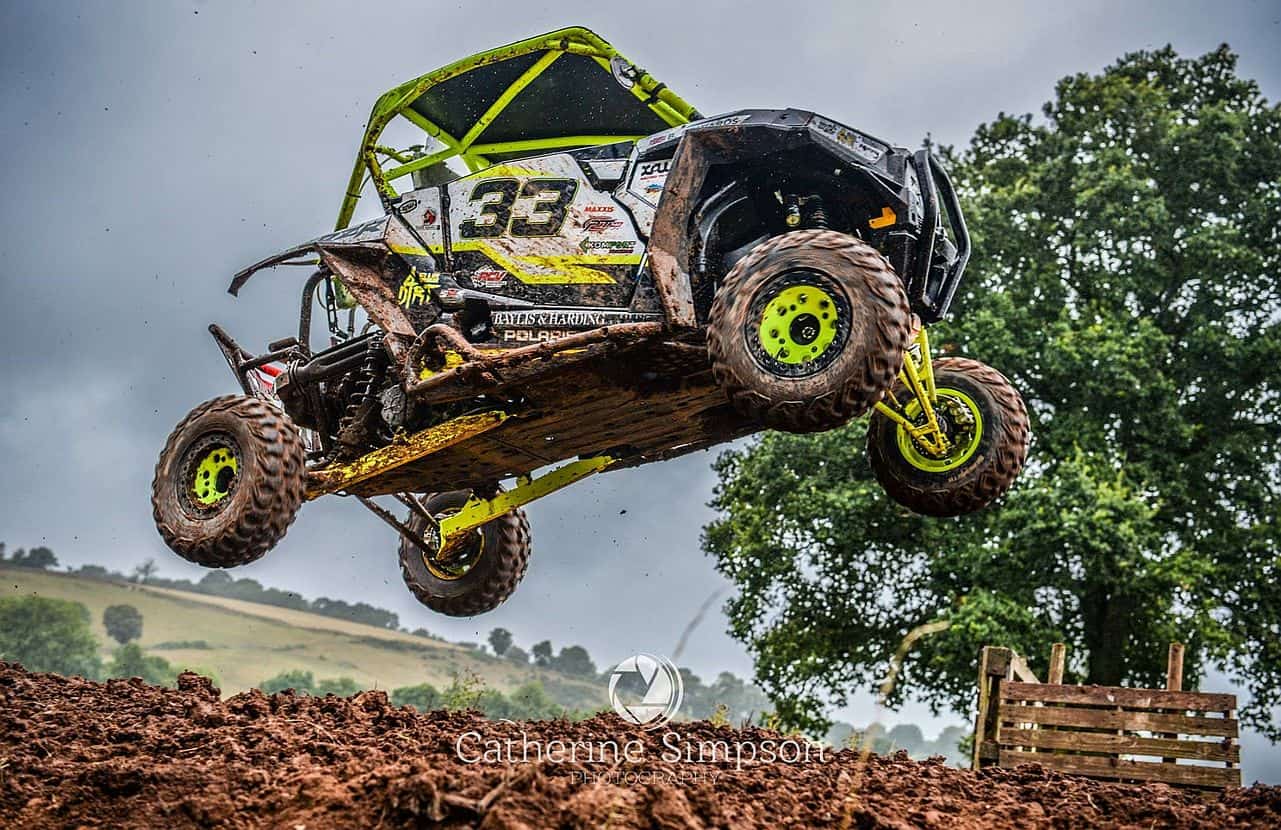 Race three was more of the same as the experienced experts defended and attacked with skill and timing. Bailey Edwards took the win setting probably his fastest laps of the day in the process. Tom Fletcher just could catch Bailey despite his efforts and had to settle for second.  Robert Lloyd again took third spot despite his best efforts to catch the front two. Richard Avis was fourth over the line after a challenging day with Adrian and Callum Loveridge in fifth spot. 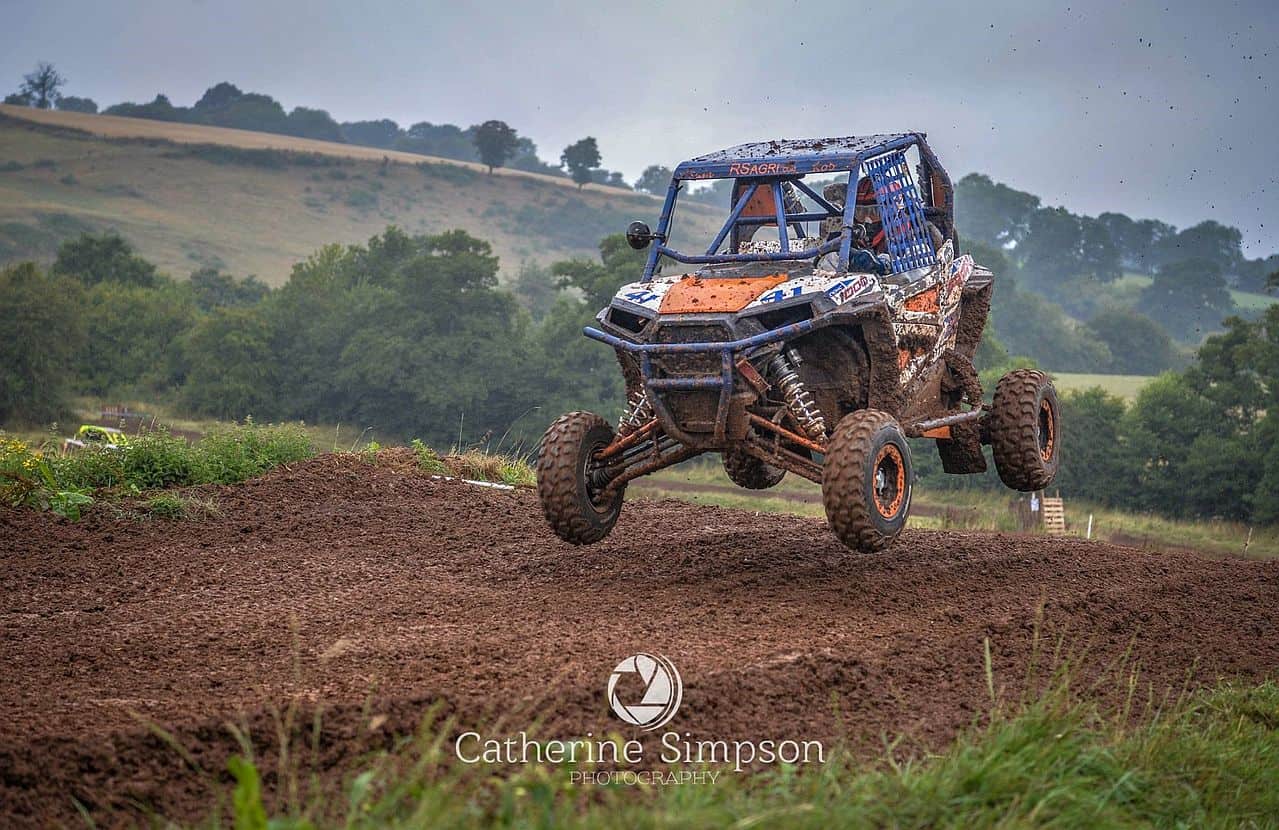 For full results and standings for all classes, check out our 2018 Race Results page HERE.

SXS Racing would like to thank everyone who made the event possible. It nearly didn’t happen, as the weather continues to challenge us at every opportunity. Special thanks to Catherine Simpson for the fantastic photography.

Everyone would also like to send a special Get Well Soon message to our very own Mark McCann who injured his back in a Stoxcart accident last weekend. Very much missed this weekend.