This season has been a great one so far and looks set to continue. The change to two-day events and the reduction of rounds seems to have helped everyone with addition preparation time, which in turn has had a positive effect on attendance averaging high forties at events. The addition of the Youths to each round has given the paddock a nice vibe and the racing has been better than ever. Hopefully we can continue this momentum into the second half of the season, starting this weekend at PAR Raceway. More of the same please everyone and let’s finish 2019 strong.

This class has really caught fire this year and going into this round it is tied at the top. Lewis Scotney and Mack Priestwood have taken the class to a whole new level and now they are pushing the machines close to their limits. On some tracks the Youth are now as fast or faster than many of the senior rookies. This is a testament to their talent and their drive to win and a credit to the drivers as individuals.

The story continues all the way down the class with individual battles in the midfield producing good quality racing for every ability level as the depth in the class continues to grow. Rio Longdon, Joe Chilvers and Alfie Davies look set to lock horns and swap places at just about every turn as the season progresses and this three-way battle will certainly be one to watch in the coming rounds.

Further down the field you meet the battle between friends Jacob Tomblin and Jude Scotney. Both drivers are a perfect example of the progress of youth drivers over the past twelve months. This time twelve months ago Jude Scotney was being escorted round the track by the Ranger and now he is full bore racing. Even having a rub with his brother Lewis at every opportunity no matter how unwelcome.

In the lower half of the points tables we also have some great stories, Fred Tarrant continues to push the limits of Physics and remains the Marshalls favourite. Sophie Bird has come from nowhere and although very much still developing her consistency and effort has been rewarded with a solid placing in the points table, well done Sophie.

Stanley Whitmore a newcomer to the series looks to be setting up a push on next year and he should be one to watch for 2020. Kiean Wiegold has finally found some machine reliability and will definitely build on what he has already achieved this year. Looking forward he will be aiming to battle with the next group up in the coming rounds I would expect.

We have new driver due to join this class in the coming weeks and we will be looking to build on the hard-earned success of the class thus far. Massive thank you to everyone who has made this possible, Anglia UK the main class sponsors and Welbourn’s for the sponsor support of the 74 cars.

Great work everyone and let’s keep up this positive momentum. 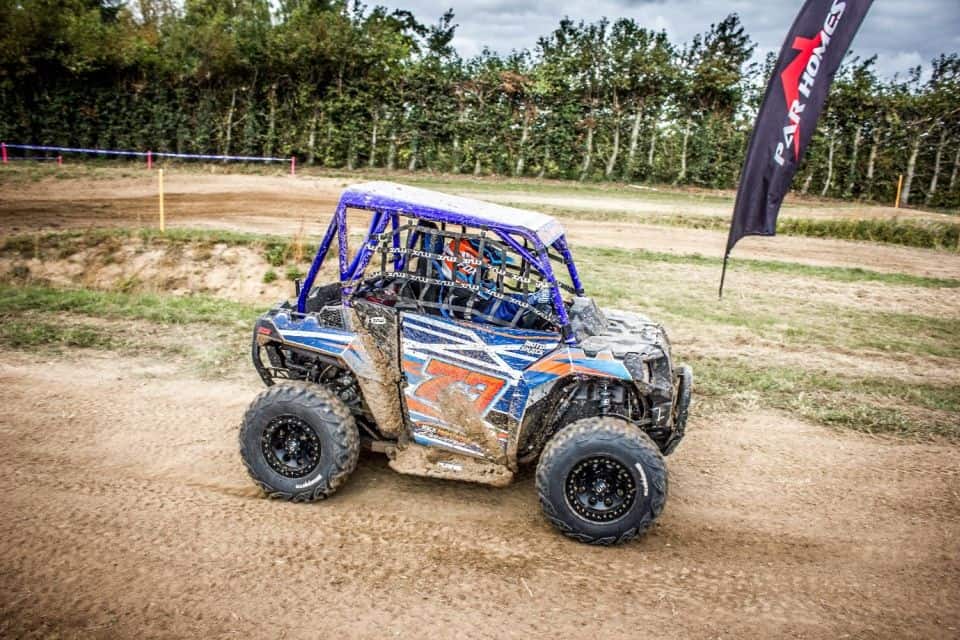 This class has been dominated by Mark McCann so far, fastest laps and race wins are rolling in and but for some mechanical issues he would have a solid lead at the top. However, Paul Rowlands is keeping him honest and with only a four-point deficit going into this weekend the PAR Homes driver will certainly smell blood. This is certainly one to watch this weekend.

The best story of this year so far has been the progress of Adrian and Callum Loveridge who are currently third in class and now arrive at venues targeting podiums which is great to see.  Thank You to everyone who supported the Loveridge family coming into this season and fingers crossed the performances will continue to roll in.

Further down the class it has really been a mixed bag, this year more than ever we see Rookies stealing points from experts mixing the table up nicely and setting up some moves up for the 2020 season to add another level at the top.  Names of note are Neil Davey and Joe Robinson who in theory as rookies are punching way above their weight against the more experienced drivers nicking points in the Expert table in just about every race. However, with that said we shouldn’t right off the likes of Shaun Jenkinson and Dave Riley who are only a few good races away from the podium once again. This weekend could be critical to the season for a number of drivers, as this table could easily swing with a good weekend and maybe a bit of luck thrown in. Thank you as always to the class sponsors PAR Homes who go over and above at every opportunity to help the series, without Paul’s support over the last 5 years the series probably wouldn’t be here so thank you once again. 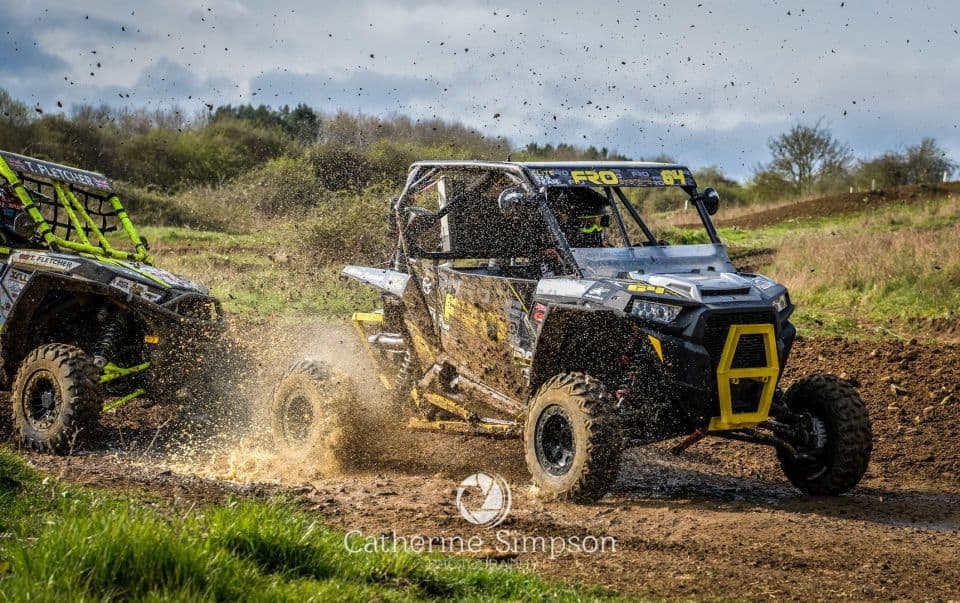 Another fascinating class. Neil Davey pulled away into an early lead, but Joe Robinson is raining him in, this weekend could see dramatic change in this table with a good scoring round from any one of five drivers. It is also important to mention the success the top five in this class are having against the more experienced experts. The other drivers of particular interest are Andrew Postlethwaite in third spot who on his day is one of the fastest drivers in this field. A new machine could be the turning point for Andrew season but only time will tell.

After a challenging start to this campaign Mark Scotney has now begun to score solid points and will be looking to challenge the top three in the second half of the year. Also tipped for a late charge at the podium is Jed Wielgold, who will also look to benefit from a machine change at the coming round. Missed rounds will hurt the reminder of the field in this class but don’t right off some individual race wins for the likes of Jason Bird and maybe even TJ Morgan who is fast but needs to reach the line to make it count.

Again, this weekend is key to the season of several of the drivers in this class and things may look very different in just 5 days’ time.  Some good racing to look forward to by the looks of things.

Good luck everyone and let’s see what this weekend brings. Once again thank you to our class sponsors Welbourn’s of Wisbech who’s continued support is gratefully received.  He’s not a bad Marshall either ;) 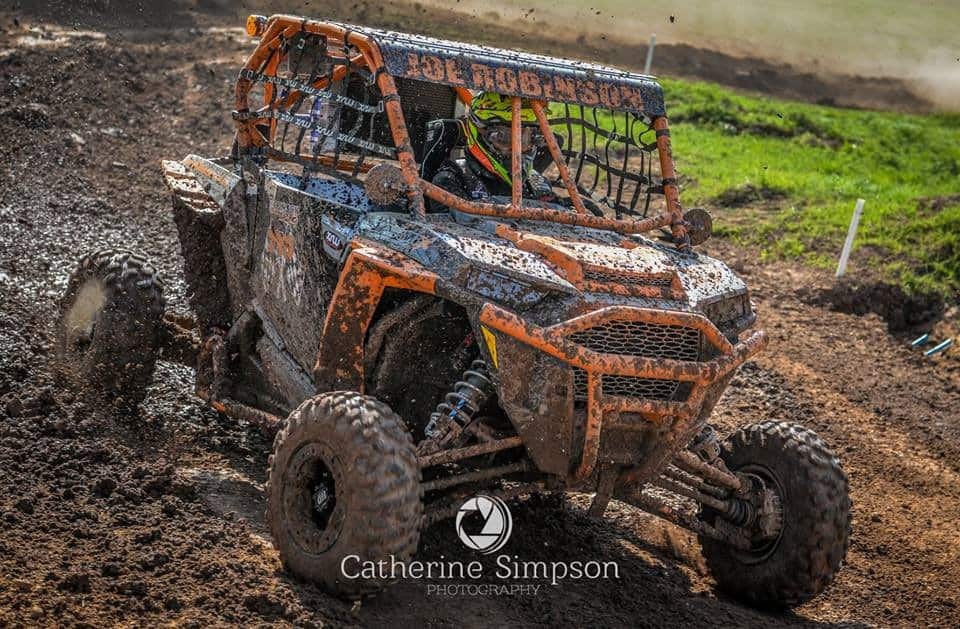 This class has always been fast and furious, and this year has been no different. Last year’s champion Tom Fletcher sits top of the table after recovering from a very difficult round two. Tom also holds the fastest lap for every race so far and looking at the times and how tight they are that’s quite an achievement, can he do the clean sweep with two rounds to go?  Mark McCann is right there and will be looking to push Tom all the way as the season reaches the business end. He is also competing fiercely for the fastest laps in this class something he has nailed in the Open Class. Let’s see who comes out highlighted in green after this weekend.

Next up is the ever-present Paul Rowlands who is only one solid round away from setting a cat amongst the Pidgeon’s with the top two. I for one would like to see a three-way shootout between these racers going into the final round, but only time will tell if this is to be the case.

Further down the field in this class is again a mixed bag. Missed rounds will definitely affect some seasons, and some may look back and regret said rounds.  Lewis Fletcher was at one point the class leader and could still influence the classes outcome on his return. Robert Lloyd remains consistent and is due some success as the pace and the commitment is certainly there.  Bailey Edwards is now starting to develop into the class and with time and experience will have good days to come, the early signs are already there. Chris McPhee and Jason Rowlands have dropped points through missed races, but Jason can certainly mix it at the front given half a chance.

Chris McPhee in his first expert season is already setting personal targets of podiums, so don’t right the Scotsman off in his pursuit of trophies in the late rounds.

Again, thank you to the class sponsor PAR Homes who as we have already said is an absolute pillar of the series. 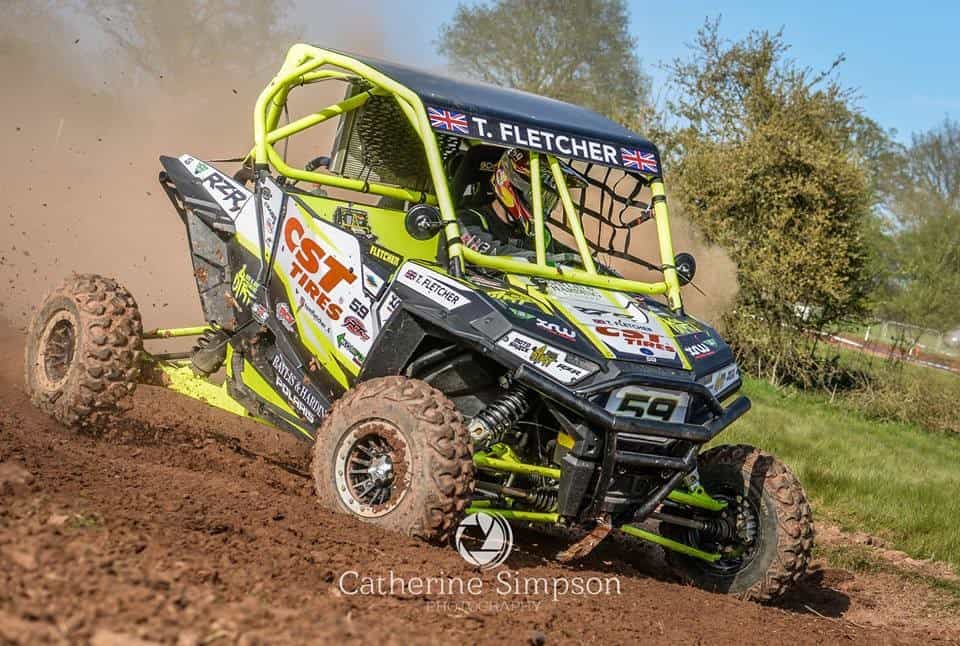 This class is a real four way dual and could get particularly interesting. Jed Wiegold looks to have given himself some breathing space at the top but as we all know one slip can see that tumble down. Newcomer Chris Place has come from nowhere and is continuing to push Jed whilst fending off the charge of the drivers behind. Keiron Weaver has played it cool and chipped his way up the table after a difficult round one, this weekend he will be looking to gain another place but at whose demise?

The other newcomer on the move is the Mark Scotney, sitting in fourth spot keeping the front three honest. The question this weekend is can he go that one step further and influence the three drivers in front. Fourth and fifth spot could still have a dramatic effect on this class with a bad round or even a bad race hurting them all.

Again, the rest of the class will suffer from dropped round but don’t be surprised to hear names like Mick Edwards, and newcomers Ricky Flint and William Buller having their say in the final two rounds.

Another class set up nicely for some real battles at the weekend and the feeling is that luck or lack of it could swing this class dramatically.

Once again thank you to the class sponsors 4 Dirt, Martin and the team have been going over and above to support the drivers since creating the series is 1864. Thank you everyone. 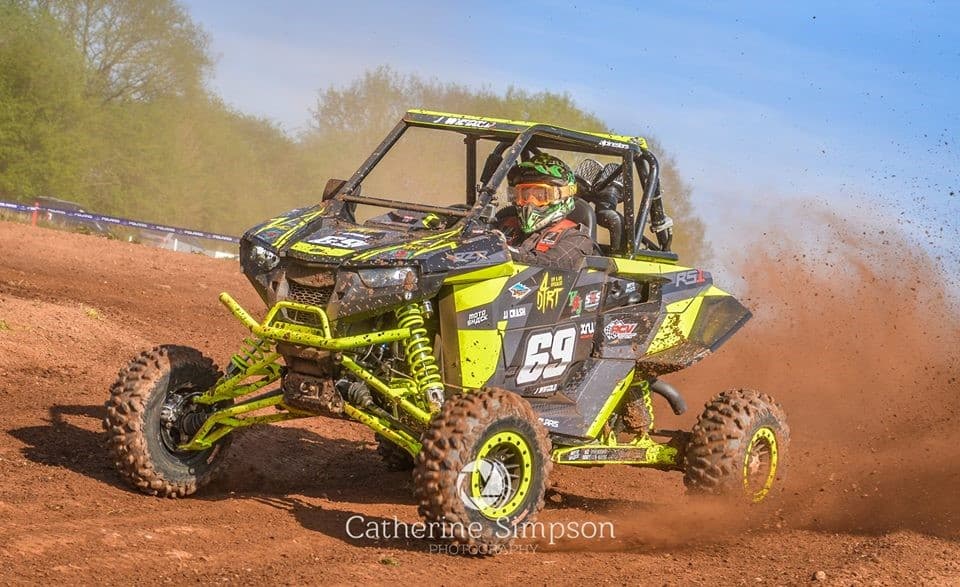 Once again thank you to all the staff and marshals at all the events.  The new all-female paddock team have certainly sorted out the holding area and became a critical part of the team.

These events and everything we do wouldn’t be possible without the support of our title sponsors Polaris UK without them none of this happens so thank you from everyone at SXS Racing.